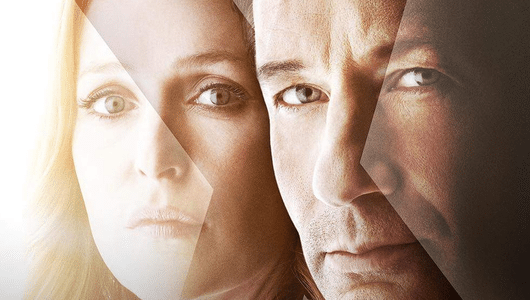 The X-Files: I Still Want to Believe

This week, the most recent season of The X-Files wrapped (again), signalling the end for the 25 year old show that just won’t quit. In a fake-news, post-Trump world that has since moved on from the zeitgeist of a new millennium and recovered from the 9/11 Iraqi war, what exactly is there to believe in and is The X-Files still relevant anymore?

It’s safe to say that in 2016 when The X-Files was seemingly rejuvenated for a seminal television event dubbed Season 10, it was unclear if anything more would come of it, but two years later, the science fiction conspiracy theory drama returns for a proper, much longer and possibly final 11th season; all this after 16 years off air and not missing a beat.

Conceived in 1993 by Chris Carter and originally running 9 seasons till 2002, The X-Files is obstinately a show that charges into the future, whilst constantly looking to the past. Mulder and Scully (David Duchovny and Gillian Anderson); one highly sceptical and tormented, the other highly sceptical and Catholic, investigate paranormal crimes firmly rooted in myth and legend. At a time when the Internet was not even a thing, in an era that had just shaken off a major cold war, the world was ripe for prying on the fears of technology gone awry, government oversight, the coming of a new millennium and alien conspiracies.

As the years wore on and America bore witness to 9/11 and the next great war, it’s ironic that this is when The X-Files chose to end its run. It was a new day for a new generation and The X-Files was struggling to find its place. Spooks and clandestine organisations, bygone eras of the 70s and 80s gave way to new threats, terrorism and the increasing realisation that technology, and the Internet were here to stay.

Jump forward to 2018 and America is having a mini renaissance both in government policy and many of the fears and phobias that were once at the fore. The X-Files, for better or worse, has always represented America through and through and with a visibly ageing cast of characters, it’s refreshing that The X-Files can still remind us why we want to believe.

More so than before, having survived cancellation and two forgettable movies, Mulder and Scully return with X-File alumni Walter Skinner (Mitch Pileggi), Monica Reyes (Annabeth Gish) and a very much alive Smoking Man (William B. Davis). Chris Carter can’t keep away, producing both book-ended episodes of the season that lay all the cards on the table for fans and new audiences alike. There is no mystery anymore as much as the truth has long since stopped being relevant and what matters more is the journey and the reflection on what once was. 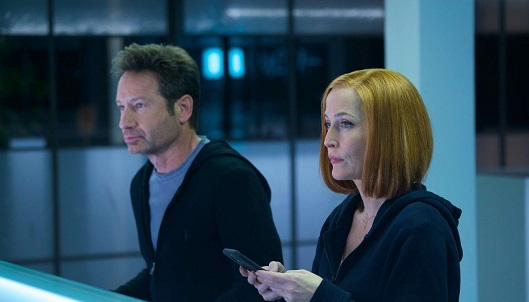 Carter seemingly dumps an entire backstory into episode 1, retconning the end of the series in 2002, revealing all the truths and lies in the first 10 minutes and answering one lingering question that has existed for over a decade as well as producing a montage of arresting live footage that yes, does include Donald Trump himself. This is X-Files for your mum and dad, with two actors pushing 50 and 60 respectively spending much of the season reacquainting themselves with each other, exploring ‘parenthood’ and ruminating on such foreign concepts as social media, the rise of AI and Virtual Reality and the good old days, when they both still had a job the meant something. Yet for younger audiences and patient fans, season 11 is at its best when it’s lampooning the very medium it set out to take oh so seriously.

In the intervening years and even since 2016, television has seen a retrograde of remakes specifically The Twilight Zone and other cult shows such as Black Mirror and Stranger Things come along. The X-Files know this, taking cues from these shows to bump out the season with essentially one shot episodes that exactly mirror the styles of The Twilight Zone and Black Mirror specifically. This is important because it is not just the media, the government or the world that has changed, television has changed too, so much so that episodes 1 and 10 by Chris Carter are refreshingly old-school; immediately reminiscent of late 90’s TV.

Stand-out episodes include a minimalist story of little-to-no dialogue where Mulder and Scully let the technology do the talking including texting, killer drones and a 3D printer shooting carbon bullets. This is taken to the extreme, when an AI controlled Roomba scans Scully’s hair dye, orders more then takes over the personal massage device under her bed. The scariest thing is no longer aliens. This episodes also highlights the age of what was once a serious and scary thriller, which is now laughable as two adults try to make heads and tails of Twitter.

The framework and narrative is relevant but seen through the lens of people who were already grownups in 1993: the fear is not for the future of technology, but that as persons, we no longer understand it and fear that we are too old and never will. This theme permeates the show now as half way through the season Gillian Anderson gets a much needed hair cut but if only to try and resemble her younger self, whilst not even trying to hide the fact she dyes her hair anymore. 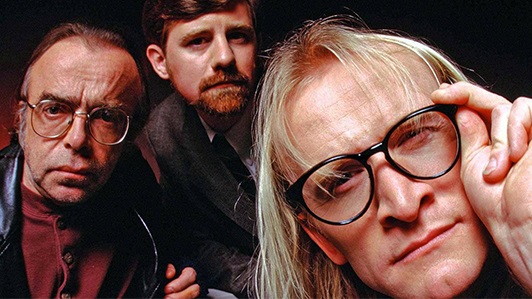 Eventually spun out into its own series, The Lone Gunmen were the missing piece to the FBI cloak and dagger, positioned out of the shadows as the plausibly deniable mouthpieces of the American people: spouting truth and government cover-up around every corner. They too were killed off in 2002 but perhaps for different reasons – the future had caught up with them, overtaken them and overwhelmed them, their greatest fear realised; if only they’d known how right they were.

WikiLeaks, Julian Assange, data-mining, crypto-currencies and The Dark Web are not just superstition and fear-mongering anymore. So common-place that perhaps The Lone Gunmen were more progressive than their long hair and mall-rat attitude gave them credit for. In a day and age where the news is talking about Russian rigged elections, gun violence and nuclear war with North Korea, where Disney has a monopoly on all things movie and the Internet of Things is literally controlling our lives – The Lone Gunmen would be turning in their graves.

In an act of redemption, or perhaps apology, season 11 features a brief cameo from two ex-Lone Gunmen in another awkward episode that feels rooted in a pre-2000 doomsday scenario and understanding of exactly how AI and technology works. Nonetheless it is nice to see a reprisal from someone who would be having a field day with the current geo-political climate as we head toward 2020. 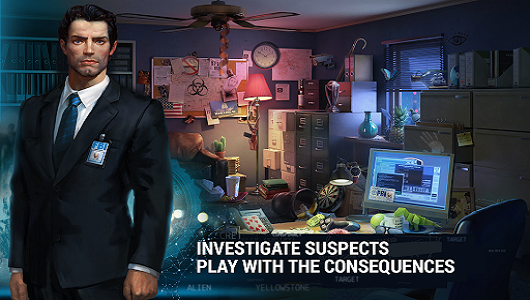 In a final act of relevance and in a bid to keep the American dream alive, FOXNEXT seemingly thought it a good idea to commission a video game, albeit a mobile game that is about as useful and current as the X-Files currently is to the FBI. Developed by Creative Mobile and released alongside Season 11, Deep State is nothing more than a re skin of the text based point and find “hidden object” games that permeate Android,Facebook and iOs.

With rudimentary painted scenes and characters, as the newest field agent of the FBI players will learn clues from Dana Scully and Fox Moulder as they ‘race against time’ to find things in the scene that may help solve the case.  There are definitely better versions of the same sort of game available and unfortunately as freemium vaporware Deep State is a forgettable cash grab at making a “videogame”. 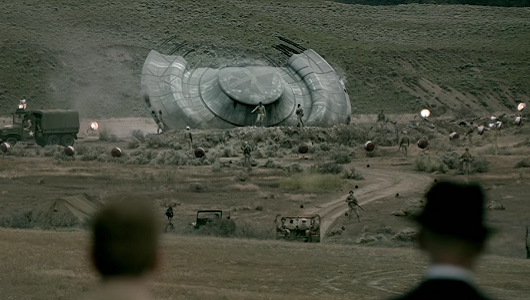 I still want to believe. Although Gillian Anderson has specifically said she is done with The X-Files, it remains to be seen what happens with one of Fox’s oldest and strongest franchise. As the wheels of government turn so too do the stories that can be told. David Duchovny may have mellowed all the way out since 1993 and is less concerned with aliens as he is being a good parent, but the search for God, super mutants and life on other planets is closer than ever.

The X-Files obstinately refuses to hand the wheel over to the next generation of actors, keeping one eye firmly in the past as it heads towards the future. An ageing show with visibly ageing actors, there is only so many times they can ‘end it’ the same way only to bring it back again. Regardless, if the truth is out there or not, I for one still believe.