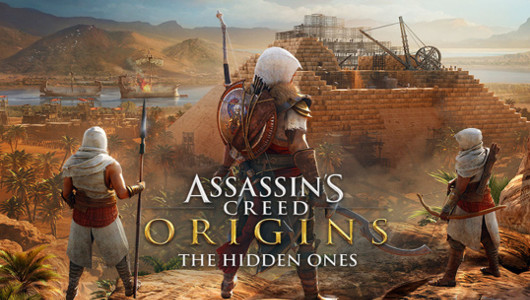 Ubisoft is at it again, churning out the first full expansion for one of the best games last year, Assassin’s Creed: Origin. ACO: The Hidden Ones, set “6 years” after the main game is arguably more of an epilogue and not one that the game needed. Whilst it pushes the limits of what a true expansion could be vs. just DLC, there are aspects that feel like Ubisoft are once again, simply monetising what should have been included in the game to start with.

For an expansion called ‘The Hidden Ones’ Ubisoft are very openly out and out with this new story, shying away from any misconceptions that the expansion will tie up many loose ends as well as bridge the gap between the less-than-Assassin’s–Creed Origins game, and the previous titles that all bore the same hallmark.

Reprising your role as Bayek of Sewah, from the start players will notice the familiar red & white Assassin’s outfit that was noticeably missing last year. This is the very beginnings of the Order, established in the shadows to overthrow the establishment and bring freedom to many Egyptian slaves. Finding himself, this time in the Sinai Peninsula, Bayek must run missions with other Assassins, recruit new and old frenemies to the cause and at every turn, contend with the current Roman occupation and rule left by Caesar and generally help out rebels.

6 years is an arbitrary time, just long enough to show some progress but not long enough that any of the characters look older and, apart from Bayek or his wife; have not changed in the slightest. The overarching conditions for the Egyptian people have somewhat deteriorated and there are 3 times as many Romans, across the three islands or regions on the map.

The Peninsular of Sinai is located, not on the main map but outside in a separate DLC map accessed through your ‘atlas’ in game. This a neat mechanic for loading the DLC separately but begs the question why you can’t just traverse the area which is clearly greyed out from the main map. On top of this Ubisoft are teasing players by forcing them to preload the DLC including the second expansion not due out until March. Preloading DLC seems a bit much and has already caused some issues with gamers in Australia “breaking into” the DLC weeks before it was released. 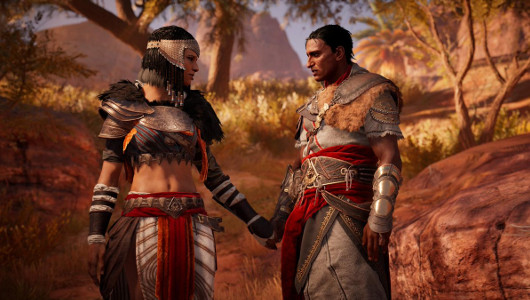 With this in mind, if Origins added a fresh layer of blood and violence to the traditional Assassin’s Creed formula then The Hidden Ones goes a step further- with fields of crucifixions, people buried out in the desert with only their heads showing and scenes of slavery and oppression. As a Hidden One or “The one who kills from the shadow” Bayek is now a legendary figure, whose name is revered by children and feared by the Roman establishment.

Speaking of Romans, Ubisoft has attempted to increase the difficulty somewhat by simply- throwing more Romans at you. The map is now littered with them, from level 1 up to giant uber fortified level 3 castles that are larger than anything seen in the main game and can’t simply be avoided. Whole areas of the map including mines, quarries and pyramids are under their control and it can make for a slightly difficult but also more annoying game to try and navigate.

What is also annoying is the design choice by Ubisoft in how this expansion was made. The Sinai Peninsular is a barren landscape: gone are the lush coastal regions or mountains of the main map, so too are the desert regions gone instead what greets players is a drab, rocky, craggy and winding zone that can hardly be traversed by horseback let alone camel. This is overstating things somewhat but it’s almost as if Ubisoft have purposefully constricted the environment to make players ‘naturally’ have to use their parkour skills more as none of the cliffs can be traversed without dismounting and scaling great heights.

Added to this are broken and layered quarries, ruins, and structures that are scattered and either half built or dismantled for the Roman occupation. Joining them though is a myriad of zip lines which is a new feature of Origins but allows tighter navigation and crossing of greater distances for Bayek.

The greatest feeling after coming back to Origins after Christmas is that with this first expansion Ubisoft really wanted to recapture and cement the feeling of the original and previous games, doubling down on the ‘Creed’ side of the Assassin’s lore and departing from the more original Egyptian mythos. As with any good DLC that is has been churned out for profit The Hidden Ones lack’s a bit of polish and whole lot of balancing and it is clear that Ubisoft, whilst implementing a myriad of quality of life updates are also not apologizing for squeezing money both out of gamers and their new franchise in general. 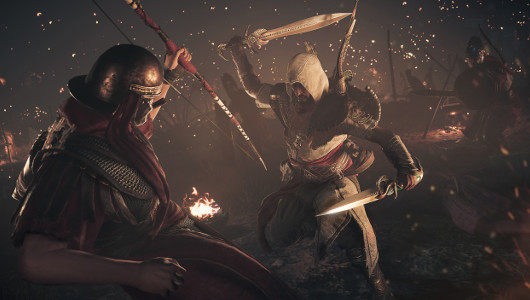 Hidden in the shadows of the primary game are some nice updates and reasons to keep playing with enough exposition and story to keep those already invested in the game coming back for more.

Gameplay mechanics around bases have been expanded to include more focus on liberating cages of slaves, who will now consistently bee seen running around the countryside and it is the highpoint of Assassin’s Creed to be riding around and come across naturally dynamic situations of freed rebels wailing on a Roman General, which you can either stop and assist or ignore.

There is a number of missions now that see you tag team and assist other Assassin’s and for the most part, it never feels like Bayek is never doing anything alone, compared to the main storyline. To this end, Ubisoft has built out some of the caves and, one big underground set piece, with a new puzzle mechanic that involves basic counter levers, weights and platforms 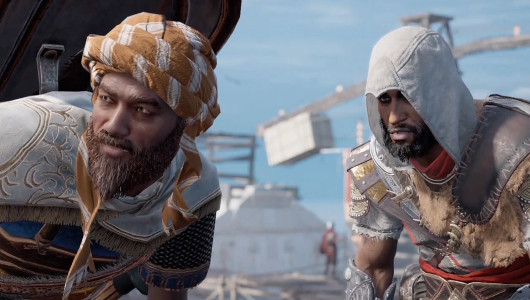 Ultimately Ubisoft are going to do what they like with their franchises and subsequent DLC and expansions, having just announced not 1 but 3 expansion packs to Far Cry 5 and in last year’s South Park game there is still just an empty map and a big wall where ‘Canada’ is planned to be.

At a price point of $15.00 (AU) The Hidden Ones is not nearly as fully loaded as the expansions for Assassin’s Creed II, but offers more than the George Washington DLC of III. As much as I love this version of Creed, Origins is now starting to feel a bit bloated around the edges, drowning in its own DLC and monetization.

What would really lift the game and keep is progressing is for Ubisoft to capitalize on its own excellent mechanics. Instead of relegating Elephants to only 4 encounters around the map, The Hidden Ones was the perfect opportunity to let them run free, in some of the larger bases, providing a real challenge for players. Take chariot races and spread them all over the expansive map, rather than just the hippodrome and take the horde, wave like mechanics in the Colosseum and apply them to some of the Roman bases to mix things up.

Ties together more traditional Assassin’s Creed with Origins
Slightly darker, grittier and bloodier
Adds new gameplay mechanics
Feels rushed, copy and pasted
Not sure if it is worth the $15.00 for what should have been in the game
Is becoming unbalanced and loses some of the magic of Egypt 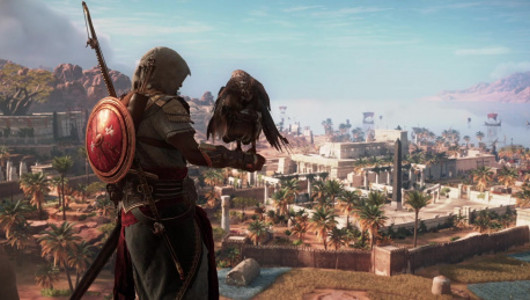 Assassin’s Creed Origins: The Hidden Ones, is a good piece of extra story albeit repeated and lazy copy and pasted gameplay. The rewards are token but the payoff is in knowing that this is how the Assassin’s Creed started!