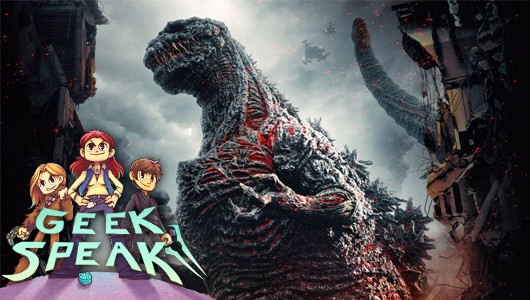 This week we have one big episode of Geek Speak for you! Lauren, Alex, and Jo chat latest news and things the watched as well as some questionable tech. We also have an interview from the floor of Dragonmeet with special guest, BRB’ sown Tim and Kalum from The Rolistes Podcast.

The latest rambling about:

As our long-time listeners might know, our end of the year roundup podcast is coming soon! On that episode, we will be running down through our favourite video games, movies, books etc for this year. You, lovely-lovely listener, can also send us through your nominations along with one sentence describing why that title was the best this year. Please try to keep your nominations to titles that came out in 2017 for movies, TV shows, and video games, while for other categories these can be titles that you have just discovered this year. Deadline for the nominations is 22nd of December!