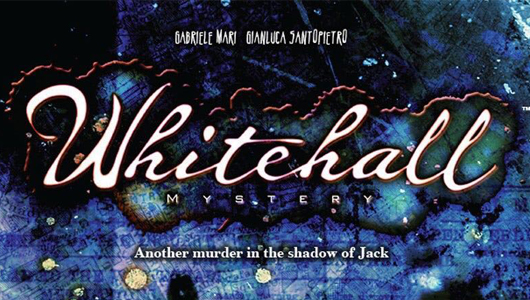 Whitehall Mystery is a board game that sees players hunting Jack the Ripper in a cut-down version of FFG’s Letters from Whitechapel.

London, October 1888. The city is gripped in the “Autumn of Terror” as the Whitechapel Murders cause sensational headlines around the world. The most notorious serial killer of all time is on the loose in the East End in a series of murders that will not conclude until the following month. A couple of districts away in Whitehall, at the construction site for the new Scotland Yard building, a dismembered torso is found during building works wrapped up in a bundle. It is matched to a right arm and shoulder that was found on the shores of the Thames a month earlier. Police rule out “Jack the Ripper” as the murderer, but never manage to catch the one responsible. Without a head, the victim is never identified. This is the setting for the Whitehall Mystery, a cut-down version of FFG’s Letters from Whitechapel, which plays a little faster and looser with history than the larger game. 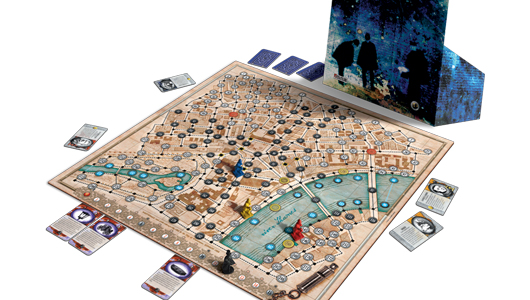 In Whitehall Mystery, one player takes the role of Jack the Ripper (a huge leap of faith made by the designers), while the others play the role of the investigators tracking him down, all of whom were involved in the real-life case. Unlike Letters from Whitechapel, the aim here is for Jack to visit three different sites in the Whitehall area while dodging around the police in different quarters of the board. Whitehall is a considerably smaller area than Whitechapel, and this is reflected in the size of the game board. It is otherwise identical to Letters from Whitechapel, with Jack secretly moving to numbered circles and the investigators hoping to block him off at road intersections around the area. Whereas Letters from Whitechapel sees Jack having to return to his hideout after every murder, something that undoubtedly happened in real life, I’m not quite sure what aspect of the case is being replicated in Whitehall Mystery as there never was any hunt for a suspect. It feels more like the story is being applied to the mechanics of the game, even though the two don’t really feel like they fit together. 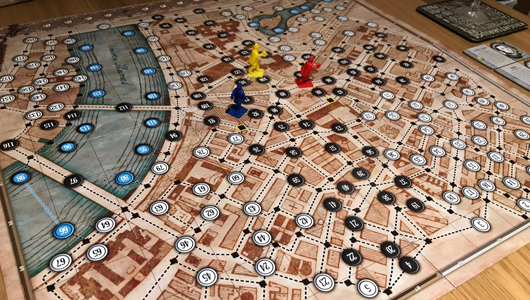 Jack has to declare his starting location to the investigators but then moves in secret for the rest of the game. Investigators then look for clues to where Jack has been and hope to pick up his trail, somewhat like Fury of Dracula. The aim is for the investigators to arrest Jack by cornering him before he reaches his three nominated sites on the board. The difficulty for Jack ramps up considerably as the game progresses. As well as only having a 15-move limit between sites, Jack has to declare when he has reached one of his three sites and place a marker on the board, showing the investigators where he is. Although the investigators start the game fairly blind, we found that once Jack had declared his first site, it became almost impossible for him to evade the investigators on his way to the third, even when using some of his limited supply of “special move” tokens. Much like Fury of Dracula, the use of these also has to be declared and it is quite straightforward for canny investigators to work out likely routes that Jack has taken. This is made even easier when the investigators are also allowed to use their special abilities (an optional rule), which largely replicate Jack’s special tokens. Once the third site is known, it is almost impossible for Jack to make the last mad scramble into the final quarter. 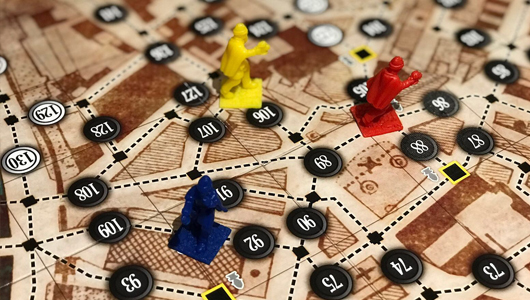 In Whitehall Mystery‘s favour, the game is easy to explain and quick to set up and play. The artwork is in keeping with the period and the rulebook is well laid-out, also making room to tell the history of the case that the game is loosely based on. There is quite a lot of excitement in being either the investigators or Jack, and the game is easily over in 45 minutes or less, giving plenty of opportunities for roles to be reversed with only two players. We found that the game scaled well with any number of players. The obvious comparison is made with Letters from Whitechapel, which is made by the same designers. The rulebook even suggests ways in which the games can cross over with each other. Unfortunately, as someone who has played both, I struggle to see Whitehall Mystery as anything other than Letters from Whitechapel Lite. The mechanics of the game are almost identical in every respect, but Letters from Whitechapel leaves the investigators guessing more and having to make deductions across multiple rounds. Whitehall Mystery is more of a foot chase; something that, ironically, never happened in the real case despite Fantasy Flight Games’ claim that the game “draws directly from history…for its dramatic pacing”. It is over in less than half the time of its big brother, but otherwise offers nothing new to the existing game.

Whitehall Mystery is a fun game for 45 minutes but is basically a cut-down version of another game from the same designers. Although the mechanics are fast and fun, the game offers nothing new to the genre and it is considerably less relevant to the real-life case it is based on than Letters from Whitechapel. The game feels unfairly balanced in favour of the investigators, which seems even more ironic in an unsolved murder case.