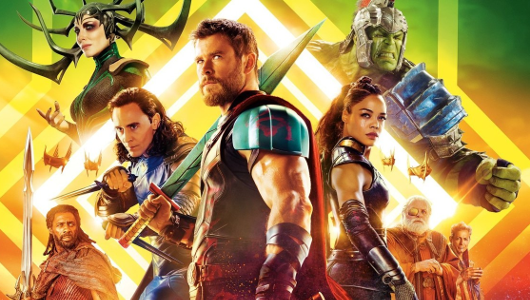 [SPOILER WARNING: Some plot elements, including third act events, are discussed in this review.]

Thor and Loki take a day off to journey on an interstellar road trip and along the way meet a jolly green giant, a Valkyrie and Hela, Goddess of Death. If that sounds like the start of a bad joke, then buckle up because it’s going to be one hell of a ride. At the end of all things there is Ragnarok and as Marvel closes the curtain on Phase Two of their long-running series of superhero MacGuffins Thor: Ragnarok stands as a testament to that legacy as everything old, is new again.

First off, to put things in perspective Ragnarok is the seventeenth Marvel movie and the third Thor movie after Thor: The Dark World in 2013. Directed by New Zealander Taika Waititi and Produced by Kevin Feige the movie is as much a love letter to Marvel as it is a homage to Waititi’s style of film-making.

That said, while it exists to some extent as a standalone film, Ragnarok constantly has to pull the viewer’s mind forward and back just to stay on track. Referencing the final scenes in Age of Ultron but also The Dark World the continuity is a little lost. Add to this a quick trip to Earth to visit Doctor Strange and the timeline isn’t really the point here.

To flash back, Odin has been replaced by Loki (Tom Hiddleston), Loki is impersonating Odin, the only family member worse than Loki is their long-lost relative Hela and the only thing that can kill Hela is well, the devil himself Surtur. If you have been following the movies Thor (Chris Hemsworth) technically has been having visions of this end of days throughout and although not explicitly stated is the motivation for the whole movie. 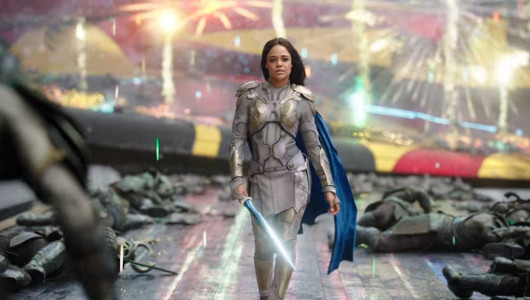 Waitiki does a competent job juggling all these elements, as well as quickly dropping Thor and Loki back into it, as they team up to find Odin who is, conveniently sitting on a hill in Norway waiting to die. Once Hela is released things start to ramp up, as the movie tries to imply that it is Hela, played by Cate Blanchet, that will bring about Ragnarok and thus the end of all things.

In reality though Hela spends more than half the movie trying to recover the magical Bifrost sword/key that opens the gate to the rest of time and space and all worlds. She basically forgets that she has the run of Asgard, and whilst she is technically trapped does nothing to really claim control or “destroy” and/or rebuild the world in her image, besides bringing back her dead ancestors as glowing green skeletons and her pet dire wolf.

Meanwhile, while riding the magic rainbow back from Earth Loki and Thor are displaced and eventually end up on the Grand Masters planet of Sakaarr where, with the help of a wayward Asgardian Valkyrior (Tessa Thompson) they escape with a very confused Mark Ruffalo as Bruce Banner sans Hulk, who all in all is little more than comic relief.

Devoting the middle of the movie to Jeff Goldblum as the Grand Master and having the much-touted fight between Hulk and Thor, lightly referencing the Planet Hulk series of comics and even Waititi voicing his own character as the giant rock monster Korg is pure fan service and at this stage after seventeen movies, the fans have earned it. Waititi lays it on thick but objectively it also takes away from both the seriousness of what is happening in Asgard as well as the reason Thor is doing anything in the first place: to prevent Ragnarok.

This is less a bromance between Thor & Hulk than a family reunion between Thor, Hela and Loki with plenty of time left for Thor and Loki to finally (maybe) work through some of their issues.

By far the best part of the film comes towards the end, after returning to Asgard where the stakes are finally raised and Hela actually shows her teeth. It is a testament to the creators and actors that is can so seamlessly segue from comedy back to the darker and more serious nature of high fantasy. Also for all the fans that ever wanted to see Darth Vader cut loose or Superman destroy everyone Waititi doesn’t forget that first and foremost Thor is the God of Thunder, and boy does he use it.

Chris Hemsworth really stretches the character of Thor full circle and by the end of it all is shown to not be quite as cocky and indomitable. The resolution is a sobering one but one that is laden with exposition about the history of Asgard, Hela’s role before Thor and the truth about Odin. 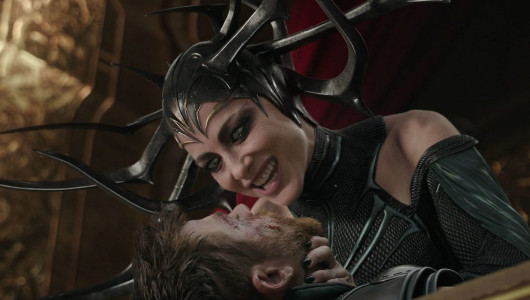 The humour and offbeat non-sequiturs that Waititi drops throughout the movie vary from exceptional cameos to downright cringe-worthy. The need for the director to insert himself, as his own character (Korg) into the movie is unnecessary and while the New Zealand Kiwi accent is amusing, it jars with Korgs large physique and overall shape as a rock monster. Given Chris Hemsworth’s Australian background, the number of New Zealand supporting roles and a cameo from Sam Neil, some points must be given for the unique representation of the actors in what could have been an otherwise Americanized Disney film.

The reoccurring gag of electro-shocking each other over and again is just that- a slapstick gag that wears thin by the end of the film but in true Marvel style avoids both any violence or bloodshed.

Visually Thor: Ragnarok plays it straight, towing the line between the ‘science fiction’ weirdness that permeated Guardians of the Galaxy and the over-saturated CGI of Doctor Strange’s magic. Hela in particular, although not given much to do in the film is well realized and humanized in part because of actress Cate Blanchett. Marvel has mostly opted out of the CGI mess that marred the big bads in Guardians of the Galaxy 2 and Doctor Strange except for the world eating fire demon Surtur.

In conclusion Thor: Ragnarok doesn’t quite reach the peaks of the 80’s metal rock ‘n roll road trip through time and space that was promised but instead has shades of darker fantasy classics from the 80’s like The Magic Labyrinth or Dark Crystal. It is both funny, adventurous, thrilling and with just enough unexpected outcomes to keep you watching until the end.

If at all possible, Ragnarok is best viewed blind, with no prior knowledge and expectations. It shifts thing in a big way for the future of Thor and sets things up nicely for Avengers: Infinity War