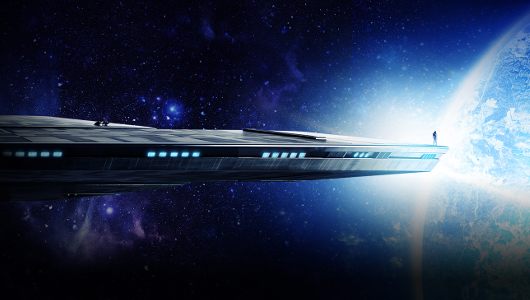 Ever since Star Trek Enterprise ended in 2005, the fervor has been high for a new, canonical Star Trek series. The rebooted alt-universe movies breathed some new life into the franchise and, except for Star Trek into Darkness, generally stayed true to the spirit of the original series. Discovery was always going to be a gamble, delayed multiple times and wrung through an unusually difficult development cycle by creators Bryan Fuller and Alex Kurtzman; it’s the Star Trek you asked for, just not the way you were expecting.

In a single sentence, Star Trek: Discovery is a product of the times. That is: ‘exclusive’ to Netflix outside of the USA and locked behind a CBS subscriber paywall for those inside. High production value, a continuous plot line and most bizarrely only 9 of 15 episodes airing this year as Chapter 1, with the remaining six of Chapter 2 pushed to January 2018. Did we mention that two of those nine episodes are a prologue, leaving only seven to effectively introduce both the ship Discovery and current crew? If we then cut those seven episodes in half and give the rest to the big bad, Klingons; then suddenly Discovery is off to a bad start, but I digress.

Speaking of Klingons, let’s just address the PetaQ in the room, shall we? A lot of Star Trek apologists, myself among them, can come up with a dozen reasons to fit the current crop of pointy-headed bad guys into the continuity but from purely a production standpoint it is baffling that the producers took so much liberty with what could have been something so wonderful. Opting for a bizarrely outlandish and overtly alien design ascetic of gold and spikes and some rather terrible prosthetic makeup. The Klingons we knew and loved have been butchered.

Star Trek Discovery is presented through the lens of Lieutenant Michael Burnham (Sonequa Martin-Green), a black, female turncoat, raised by Vulcans as an experiment and oh, also the adopted step-sister of Spock. The creators couldn’t have stuffed any more disparate tropes into one person even if they had made her gay. Which the Chief Engineer, Lt. Stamets (Anthony Rapp) is; he’s dating the Chief Medical Officer, Dr. Culber (Wilson Cruz). Did we mention that Captain Lorca (Jason Isaacs) is a warmonger with photophobia and his second-in-command is an 8ft alien that can sense the coming of death?

This is not your father’s Star Trek. 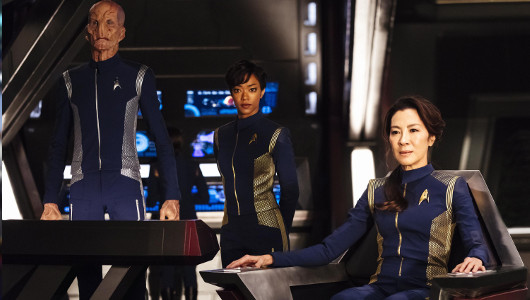 Bryan Fuller and Alex Kurtzman are not new to Star Trek. However, to fully understand the motivations of the show requires a deep dive into an array of forums and threads or at least a viewing of the companion ‘After Trek’ show that serves the same purpose as Talking Dead or Beyond Stranger Things. For better or for worse the producers have opted for a wholly unlikable cast of characters, set on a experimental ship in a dangerous time during a war with overwhelming odds against Klingons that are not afraid to torture and eat their victims.

If you’re thinking that Star Trek will shy away from the alien-ness and darkness then think again. Apart from the first episode which is set on the Starship Shenzhou under Captain Philipa Georgiou (Michelle Yeoh) every other episode either has horror elements, someone dying or straight up tortured, not to mention the occasional F-bomb. The show seems pre-disposed to rub you up the wrong way and/or for the viewer to get some sick satisfaction from the nihilism and xenophobic, dare we say Arian Klingons shamelessly modeled on the current American political climate.

The first two episodes set up the universe rather well, introducing the new take on Klingons right away. The series can even be watched with all Klingon subtitles if you want. Then after two episodes, the board is literally wiped clean. There is a jump forward in time as the viewer suddenly has to adapt to a new ship, new crew and a redefining of the main character which you thought you knew.

Prior to this, a decade ago Star Trek: Enterprise was critiqued for perhaps being the most ‘alien’ and least connected series, set 100 years before the 1960’s original, Captain Kirk series. It only lasted 4 seasons and arguably season 4 was the best, playing heavy with the fan service, cameos, and tying up loose ends. It became the quintessential fan theory series that was fun to watch. It was a rollicking, southern fried cowboys-in-space show akin to something like Firefly. On the other hand, Deep Space Nine really took Star Trek through the mid to late 90’s with a much darker show, set during a sprawling wartime that really dived deep over 9 seasons to fully explore race, religion, xenophobia and what it was like living on the edge of the known universe. It excelled because it was set on a sprawling space station, with a large supporting cast propped up by some strong family values, both Klingon, and human. 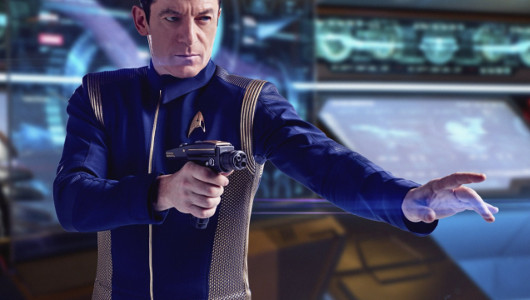 Discovery really doesn’t do any of these things. It relies heavily on CGI instead of physical props and actors with an abundance of wipes, flares, holograms, and dissolves. Three of the biggest main alien encounters include a CGI space tardigrade, the wholly uninspired space whale, and some blue energy particle beings. Seeking out new life and new civilizations is not high on the list of priorities for this ship. In fact, the modus operandi of Captain Lorca seems to be to do whatever Captain Lorca wants, seeing himself as the only man with a possible solution to ending the Klingon war. His crew to one extent or another are a bunch of misfits that think they know better than their superiors.

The ship itself has a spinning saucer, that runs on a hypothetical spore drive, that through the power of quantum entanglement allows them to literally pop in and out and around any place in space (but not time) including any conflict or settlement that needs protecting. It’s pretty ineffective considering the Klingon ships can cloak. The spore drive allows faster travel but the Discovery is not designed for combat so it often arrives to a situation out gunned and under armoured.

By the penultimate 8th episode in this run, it finally feels like Star Trek: Discovery has found its groove. Yes, the series has doubled down on Rainn Wilson as Harry Mudd from The Original Series as if that somehow made it all better and, yes, it plays fast and loose with its own internal logic, but at least we finally get a new alien planet and some real character exposition from a few of the mainstays.

This says nothing of the final episode of Chapter 1 ‘Into The Forest I Go‘, that whilst heavily touting a twist and a shock revelation that will carry over into Chapter 2, is both incredibly obvious, and not at all well thought out. Instead of being a surprising revelation it sadly reverts back to the loose logic, flashbacks, torture and *spoiler alter* Klingon nudity that viewers have come to expect.

It definitely doesn’t feel like it should be set a mere 10 years before Kirk and in no way does it present as canonical. In my own imagination it is a prequel to the current alternative universe movies, which quite frankly makes so much more sense.

If you can get past the frat-party episode (yes, really!), the misuse of transporting, the fact the ship can apparently talk 100 years before that was a thing and the overuse of random aliens on the bridge and yet, bizarrely not a Vulcan in sight– then there is a wholly competent science fiction show here that wants to be more than the sum of its parts.

High production value, visual effects are well realized
Handles some high-brow concepts regarding quantum physics and space
The first two episodes are as good as any of the recent movies
Seth MacFarlane’s The Orville is still a far superior Star Trek show
Lacking the heart and hopefulness of what kept Star Trek going for 50 years
Does not execute on some ideas, has an over-inflated sense of self

This will never be the Star Trek people wanted, but it has already been renewed for a second season so until someone makes something better or until the next movie – may it live long and prosper.

The author viewed this show on a personal subscription service.
Official Show Site