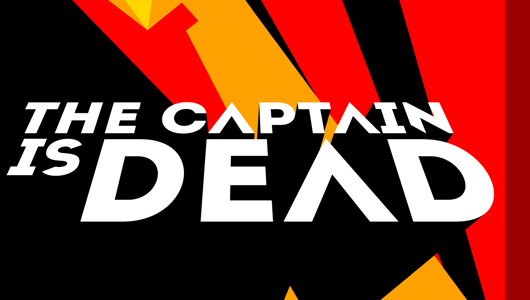 The Captain of your spaceship is dead. Also, everything on your ship is breaking, there are aliens in engineering and hostile ships shooting at you. Basically, you are soaring through space in a tin can of death and you need to warp the hell out of here. Welcome to The Captain Is Dead, a game where you will be as stressed as much as you are entertained!

However, one comparison that immediately springs to mind while playing the game, is that The Captain Is Dead is Pandemic in space, only more intense. Yes, that is indeed possible. 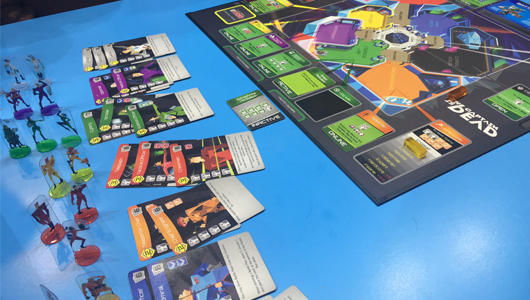 At the beginning of the game, players, and there can be as many as 7, choose characters, all of whom have different roles on the ship and a set of powers and abilities. Immediately following that, everything starts going downhill fast. The players must attempt to fix what they can, fight off aliens and then get the Jump Core back online to warp out of there and win the game. After every player’s turn, a card from ‘Alarm Deck’ will be turned over, revealing one doom filled scenario after another. The cards also get progressively worse as you go further through the deck. This game never gives you a break. Once you finally solve one problem, three more emerge. Most of the time it feels like trying to put out a gigantic fire with a tiny wet handkerchief. You will never put out the whole fire, but you might, temporarily, dull one part for long enough to, hopefully, escape. 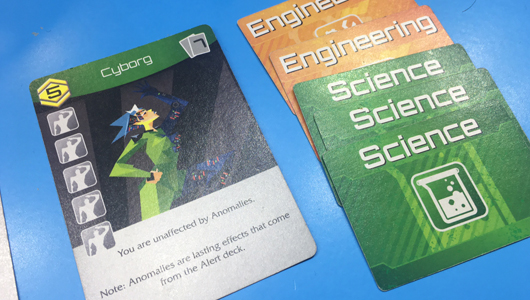 Despite this, the game is generally a lot of fun. This is probably because, despite the hopelessness of your situation, you actually have a lot of things to do. Each character has at least four actions that can be used to move, move other characters, perform special skills, fight aliens, pick up cards, heal and more. The number of choices grows slightly smaller if your character is injured, but otherwise, there is always something useful you can do around the ship. Of course, you are also not alone. Trying to plan a few moves ahead is always helpful, although that can be quickly impeded by another joyful ‘Alert Card’. Prioritising is the key in the game. However, knowing exactly what to prioritise and when, will likely become clearer after a few playthroughs. 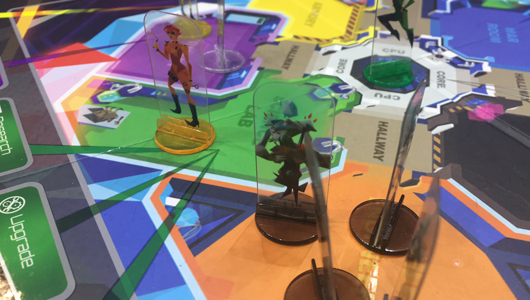 Even though everything in The Captain Is Dead is trying to explode and kill you, the game itself is very bright and colourful. The artwork is very stylish and futuristic. I especially like that all characters are printed on clear plastic, with a simple stand, blending and standing out from the board at the same time.

My first playthrough of The Captain Is Dead ended in a glorious death, and I can not wait to try again. We played a game with five people and it never felt too chaotic or too long until my turn. Also on par with games like Forbidden Island and Forbidden Desert the game can be adjusted to a multitude of difficulty settings.

If you are a fan of cooperative games and are yearning for a challenge, then The Captain Is Dead  should be your next discovery!