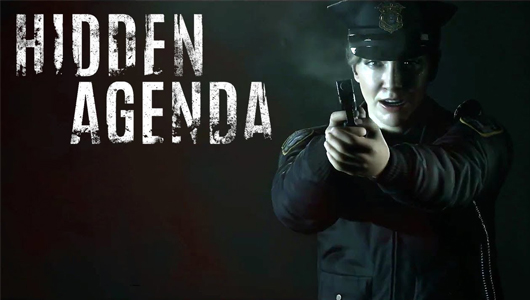 When Supermassive Games, the creators behind beautifully cinematic horror Until Dawn, were said to be making a game for Sony’s new venture, PlayLink, I was curious. Upon hearing it would be video game version of a hidden agenda board game (The Resistance, Werewolf), I could not quite see how those two meshed. How would a developer praised for its gripping branching story paths and visuals do a party game where players are looking for a spy in their midst? However, after playing a demo of Hidden Agenda at EGX, it all made absolutely perfect sense.

Supermassive have not abandoned a deep story in favour of a casual quick party game, they managed to integrate them together. From what I played in the demo, it works very well. The game is focused on the hunt for a serial killer called The Trapper. The players decide collaboratively in a form of voting, on the paths and decisions the characters make in the game. If you ever played Until Dawn with someone on the same couch, while arguing and discussing the choices in the game, then this is exactly what making choices in Hidden Agenda feels like. However, there are a few mechanics to spice up the experience. First of all, the game has interrupts, a one-use power, that can override the decision in favour of the player using it. Second of all, one of the players will have a hidden agenda, a secret from the rest. Figuring who that player is and preventing them from achieving their objective is part of the fun. It also fits perfectly within the story: there is a mole in your investigation and you need to figure out who they are.
– 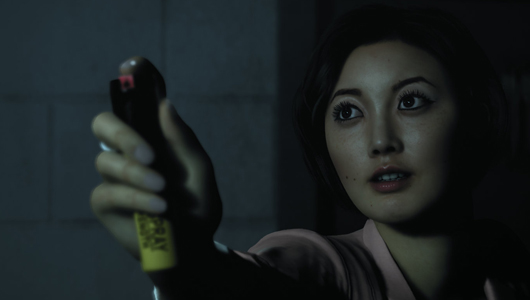 –
Hidden Agenda is visually stunning, with voice acting and music on par. It feels very much as if you a part of a movie that is happening before your eyes, only you get to affect it too. Having played a small section of the game during my demo, it is hard for me to say how much replayability the game will have. There is a lot of thrill in discovering the story for the first time and being surprised and shocked by the choices. Even from a small segment of the game, the branching storylines of the game are significant and different enough to encourage multiple playthroughs. This was one of the games we discussed long after we finished the demo. However, even when that’s taken away from the table, the spy within your friend group aspect of its gameplay still remains. I can see that sustaining the game on its own, even when the story has lost its element of the surprise.
– 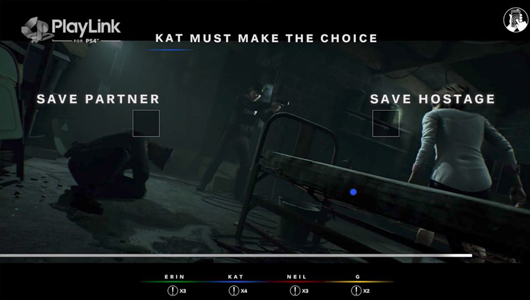 –
The game is marketed to be playable from one to six players. It is not immediately obvious to me how one person playthrough will work, and if the hidden agenda aspect of the game will be present within it. I am sure, however, that playing with a group of people, especially a group of friends will always be a superior experience.
– 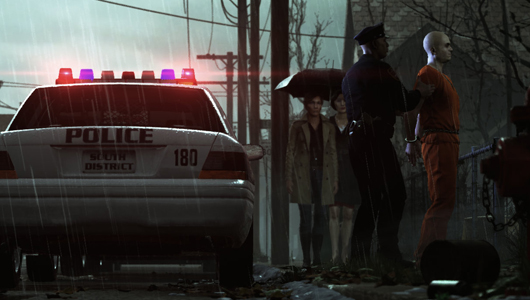 –
As part of Sony’s PlayLink technology, players use their phones, Android or IOS to play. Tha app is downloaded on your phone and is free, eliminating the need to spend a small fortune to buy enough controllers to accommodate the maximum of six players.  I think this is a good addition to the library of PlayLink games, which currently has only That’s You available with Knowledge Is Power, Singstar and Frantics on the way. In comparison to the rest, Hidden Agenda is a darker more adult experience that still incorporates aspects of party gaming. It is certainly different enough from the rest to stand out among colourful kiddish looking other games on the app. Frankly, I am hoping there will be more games with a similar style to Hidden Agenda on the PlayLink going forward.
– 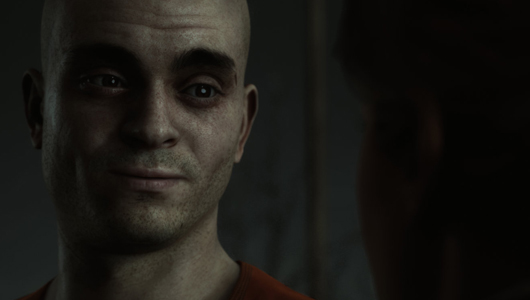 –
Hidden Agenda will be available on PlayStation 4 on 25th October 2017.–
Official Game Site