It seems like a long time ago now since the Kara demo wowed us. From the superb animation to the photo real models, the video showed off how quickly a good acting performance and direct writing could get us invested in a character and hooked on their fate. Since the announcement of Detroit: Become Human, it has been one of the most eagerly awaited games from PlayStation fans, who know that David Cage has the ability to get those aforementioned hooks in us. I played a relatively short demo of the game at this year’s EGX and I can happily confirm that he is exercising this ability to its full extent here.

If you have seen the E3 2016 trailer for Detroit: Become Human, then you will be familiar with the scenario we got to play through. Daniel, a domestic android, has killed one of his owners and has taken their daughter hostage. The police department have engaged but he has also killed the first responders. CyberLife have sent in Connor, a negotiator, to handle the situation and now it is up to you to save the girl’s life.

Prior to starting my playthrough of the demo, the woman handling the queue at the stand advised my friends and I to find as many clues as possible before confronting Daniel. This was very good advice as the entire scenario plays out with a potential success meter building up as you find out more about the situation. This doesn’t necessarily mean that if you hit 100%, you will get the best ending though. For instance, you could take too long getting the clues and the police may initiate an attack, or you could still choose the wrong answer to an otherwise innocuous question which makes Daniel realise you are trying to trick him. The meter simply means you have all of the information; using it correctly is still up to you. 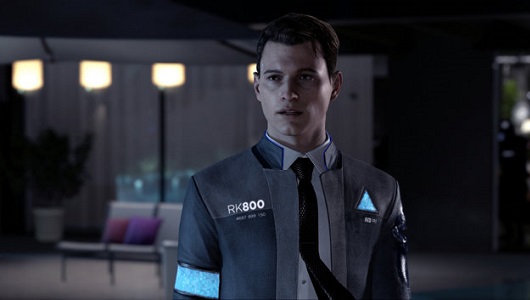 The demo begins with Connor arriving at the apartment. If you have played Heavy Rain or Beyond: Two Souls, you will be familiar with the control scheme. Movement is tied to the left stick. As you find interactable objects, prompts will appear to pick them up or investigate them. The first one I saw was for a fish that was lying on the floor in the hallway. You can pick up the fish and then choose to save it or put it back down. While saving the fish had no impact on the outcome, I didn’t know that at the time so I was making every decision as best I could.

Once you introduce yourself to the commanding officer on site, you are free to explore the apartment, although the music and dialogue happening off screen tell you that the situation is escalating quickly. The first thing I examined was the father’s body. After finding all the clues on his corpse, I was able to reconstruct the scene, similar to the Arkham City mechanic. This allowed me to determine that he was holding a tablet at the time of the shooting and it slid away from him. After finding the tablet, you realise that the family were looking to replace Daniel, which may have triggered his aggression. 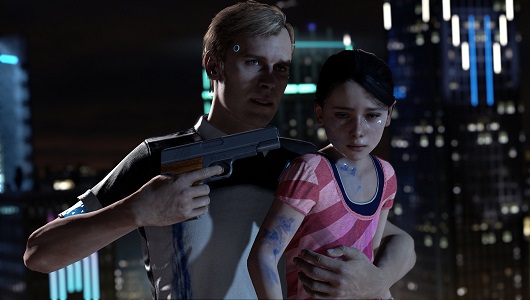 The rest of the demo follows a similar pattern, where you discover more about Daniel’s relationship to the family and at one point, get the opportunity to pick up a gun. I chose not to, again assuming this would come into play later. As the situation looked like it was about to tip over, I chose to confront Daniel with only a 70% chance of success.

Stepping out onto the balcony, I knew that I needed to earn Daniel’s trust and empathise with him. As I had learned from the tablet that he was being replaced, I got an option to use that in the conversation. This brought me up to 90% with him and I knew I was almost there. Unfortunately, he then asked for a car. My options were to compromise or refuse. To be honest I didn’t think my refusal would be as harsh as it was. Thankfully, I was able to save the girl before she was pulled over the edge, however I died in the process. 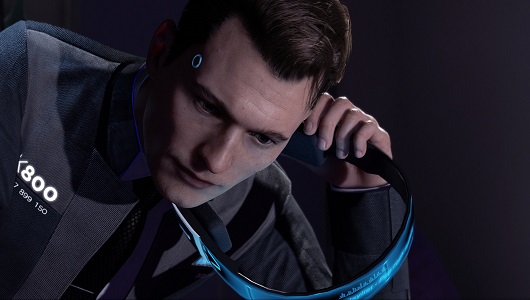 Turning to my friends, I realised how different it could be. One of them managed to talk Daniel down whereas another had ended up with everyone dead!

Detroit: Become Human not only looks stunning, it plays well, with less gimmicky controls and the writing is strong. If Quantic Dream manage to keep that quality throughout the rest of the game, this one could be very special. 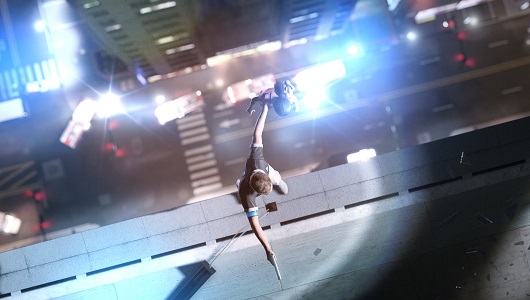