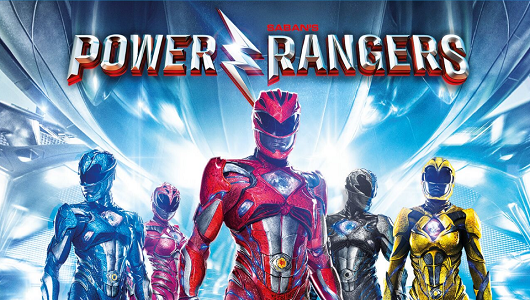 I was a child of the 90’s, and as such grew up with debatably some of the best children’s television of all time; Teenage Mutant Hero Turtles (I’m British, that’s what it was called, don’t @ me), The Real Ghostbusters, Batman: The Animated Series, and of course, Power Rangers.

However, I am also 32, and despite some of the things I loved as a kid standing the test of time (Batman: The Animated Series is still fantastic to watch to this day), other things, such as Power Rangers, haven’t been so lucky. Yes, it’s still popular with the kids and currently on its 24th season, but going back and watching those older episodes as an adult is just painful. That’s why when it was announced there was going to be a new movie, and it was going to be darker and edgier than the show I was genuinely excited.

I was going to be able to experience Power Rangers unironically as an adult, and I couldn’t wait. As production of the movie began, news started to break that made be believe this was going to be awesome. Dean Israelite of Project Almanac fame was directing, Brian Cranston was cast as Zordon, Elizabeth Banks as Rita Repulsa, and the new suits being revealed to name only a few things that had me feeling like a kid waiting for Christmas. I was in danger of over hyping and potentially ruining the movie for myself, but luckily (for me at least) Power Rangers is everything I expected it would be: Chronicle with costumes.

Jason Scott (Dacre Montgomery), former star quarter back for his High School Football team finds himself in Saturday detention and curfewed house arrest after a prank involving a bull ends in a car crash. The sequence leading up to the crash is superb, it’s shot entirely in POV and is an exciting nod to the visual style Israelite made his name with. 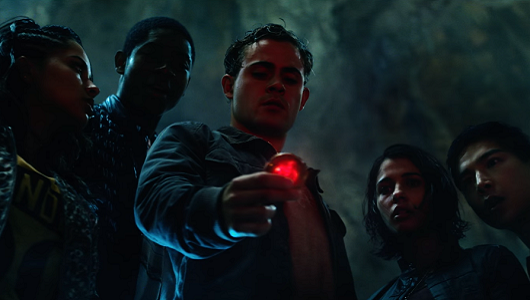 During detention Jason meets Billy Cranston (RJ Cyler), an awkward genius who asks Jason to drive him to the quarry he and his father used to explore in exchange for disabling Jason’s ankle bracelet. We also meet Kimberly Heart (Naomi Scott), a former cheerleader in detention for spreading a damning photo of one of her friends around the school. At the quarry, Jason bumps into Kimberly again, but their conversation is cut short by an explosion caused by Billy blowing up a rock face he and his dad used to excavate. Zack (Ludi Lin) and Trini (Becky G), two kids hanging around the quarry for their own reasons come to investigate the explosion. This is where the group find the Power Coins, and their journey to become the Power Rangers begins.

Make no mistake, this is an origin story through and through. It is about the team’s journey from outcasts to heroes, and a lot of time is given to setting up these characters and the world they live in. None of the kids are what they seem on the surface, and when character motivations and explanations for their actions are revealed, characters who at first seem unlikable and hollow suddenly become interesting and sympathetic. The writers did a great job of playing with character types and expectations of tropes, and what we end up with is a group characters who are far deeper and more interesting than anyone in a Power Rangers movie has the right to be. 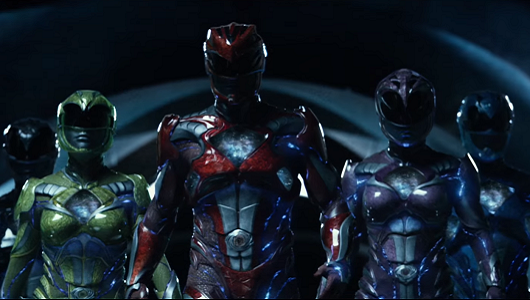 This is helped in no small part by the cast themselves. The two stand outs here being Dacre Montgomery, who carries an air of confidence around him reminiscent of a young Chris Pine, and Naomi Scott who perfectly reflects her characters’ strength and vulnerability, and I can’t wait to see her again playing Jasmine in Guy Ritchie’s Aladdin. RJ Cyler is great too and seems to be having the time of his life which is always a joy to see in young actors. Every single character is flawed or feels broken in some way, and it goes a long way to making them feel like real people. Even Zordon, the leader of the Power Rangers, has his own selfish motives. It’s a great twist on the old series where everyone was perfect and unrealistically enthusiastic about High School.

The diversity of the cast too is something to be praised. Everyone except for Jason have had their ethnicity changed from the original show, but whereas a lot of characters being race swapped feels like a desperate grab at political correctness, here it does not. Like with Spider-Man: Homecoming the fact that traditionally white characters are being portrayed by none white actors isn’t an issue, and I hope this trend of diversity in Hollywood continues along this path.

I absolutely love this character driven approach to Power Rangers, but I also believe it’s the movies biggest problem as there is a lot of set up with very little pay off. It takes over an hour to see the Rangers in costume, and as cool as the final battle is, the lead up to it is so long that it feels like a last-minute addition because someone in the writer’s room suddenly remembered this is a Power Rangers movie, not a remake of The Breakfast Club. This lack of action wasn’t a problem for me, but I can see it causing issues for other people considering all the marketing and trailers made it look like an action-packed superhero movie. 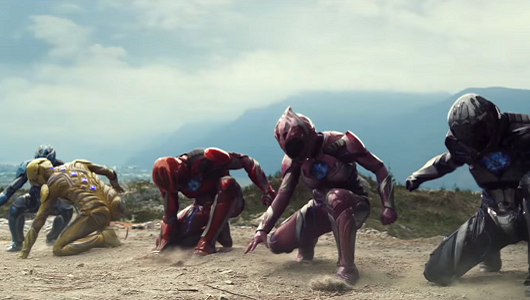 The weakest link in Power Rangers for me by far was Elizabeth Banks as the villain of the movie, Rita Repulsa. Rita’s husk is unveiled early into the movie, and much of her arc is about her regaining her strength and gathering gold (I won’t go into the reason why because of spoilers), and so she plays the part like a deranged crazy lady, and it’s a bit much. Everyone else is playing it straight, even Brian Cranston who is essentially a CGI head in a wall, but Banks’s performance is closer to something you’d see in the original series. It’s over the top and utterly cringe-worthy. There was an opportunity here to make Rita a genuinely terrifying and memorable adversary, but instead she’s someone I’d rather forget.

It’s impossible not to mention the presence of Krispy Kreme in this movie either. I don’t know how much they paid for the product placement, but it is absolutely gratuitous. The saving grace is the movie itself realises how absurd the presence of the food chain is in and creates some brilliantly self-aware humour around it. In fact, self-referential humour can be found everywhere in Power Rangers. It’s absolutely drowning in Easter eggs for old school fans, some of which are so on the nose I audibly groaned, but I did so with a smile on my face. There are a couple of cameos too, and the post credit stinger has me desperately wishing for a sequel that may never arrive thanks to poor box office performance.

The Blu Ray comes absolutely packed with extras, it’s honestly one of the best I’ve seen. There’s over two hours of behind the scenes documentaries, a director commentary, outtakes, and over half an hour of deleted scenes. And on top of that the movie looks and sounds stunning.

As I said earlier, Power Rangers is everything I expected it to be. The edgier ‘young adult’ tone translates well into this world, and there’s more than enough humour to stop it taking itself too seriously. A little more action, or at least better paced action would have been nice, but the decision to save it until the end makes sense from a character growth perspective. The Power Rangers Blu Ray an absolute must own for fans, and if you’re on the fence, it is definitely worth a watch.