When I first heard about Oceanhorn: Monster of Uncharted Seas, it was prior to its PlayStation Vita release. I cannot remember exactly where I heard about it, but there were two initial comments that stuck with me about the game. Firstly, it is a clone/homage (delete based on your level of cynicism) to classic Zelda games and secondly, it is surprisingly good. So when a Switch port was offered to us, I jumped at the chance to check it out.

From the opening cutscene, I immediately got The Legend of Zelda: A Link to the Past vibes from the game. It is clear from the appearance and demeanour of the hero, as well as the game’s user interface, that Cornfox & Bros. have taken a lot of inspiration from Nintendo’s classic adventure game. The fact that you can now also play it on a Nintendo console is a strange situation to behold, but a welcome one.

However, Oceanhorn does at least attempt to differentiate itself from the Zelda franchise. For instance, the game is set on a collection of islands, with various buildings and caverns to enter. Each one then functions like a mini-puzzle room or leads to far larger dungeons. Each island has its own idiosyncrasies and quirks that help to make progressing in the game feel inviting. This also allows the game to be more linear and focus on steady story progression. While there are areas off the main path to explore, the game is relatively straight-forward. 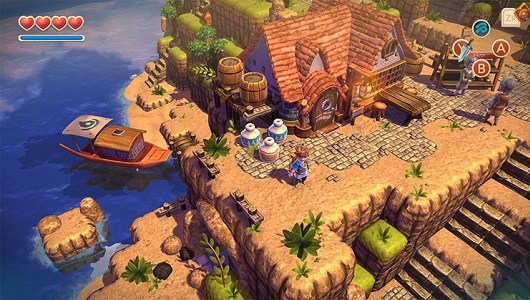 As an isometric adventure game, the game does not allow you to jump (at least initially). More often than not, the aim of a particular area is to work out how to progress through the environment, all the while facing combat scenarios. The fighting mechanics are basic but suffice – you use a sword largely, with the face buttons mapped to attacking and there is a charge attack as well as a block function. 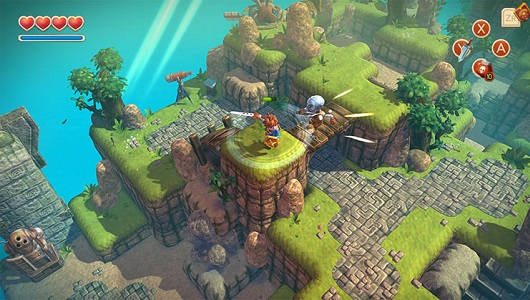 I largely enjoyed just progressing through each of the puzzles as they arrive and the combat breaks up the moment-to-moment game-play reasonably well. There were a handful of tricky and sometimes frustrating puzzle rooms to get passed but it didn’t impact my experience too badly.

Where the game falls down, it is in the combat and enemy design. Seeing as this started out as a mobile game, there is no complexity to the fighting mechanics or the enemies. They tend to just move slowly towards you until you kill them with little variation. However, the game is presented really well. Whether it is in portable mode or connected to the TV, the framerate is smooth and the visuals are colourful and easy on the eye. 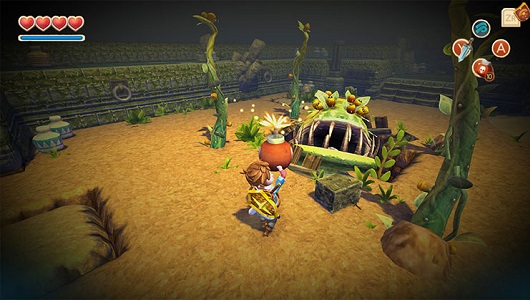 The puzzle design and environments are well thought out
The visuals are impressive for a portable console
Despite feeling familiar, the game develops its own charm
The combat can feel dull after a few hours

I enjoyed playing Oceanhorn: Monster of Uncharted Seas. While comparisons to Zelda are inevitable, I enjoyed the more old-school inspirations it took from that series. Despite some flat combat, the puzzle design and visuals are well made and enjoyable. If you feel like diving back in time for some classic nostalgia gaming, Oceanhorn is a solid choice. 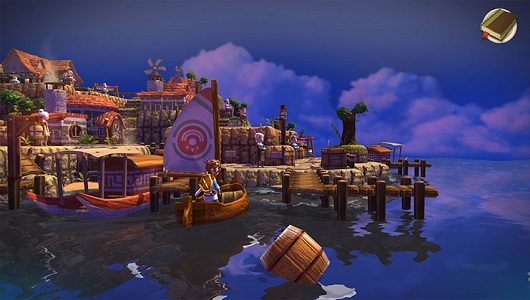