After a week of reading nothing but negativity surrounding The Emoji Movie, my expectations for the film were decidedly low. However, despite the avalanche of reviews that said otherwise, I couldn’t help but hold onto a glimmer of hope that this could be the next LEGO Movie; a film I had also written off prior to release. Unfortunately, in this case, Tony Leondis and the team at Sony Pictures Animation could not elevate the premise to be more than the sum of its parts.

Set inside the smartphone of a teenager named Alex (Jake T. Austin), the city of Textopolis is home to all emojis. Each emoji has only one facial expression or emotion and they use it daily in Alex’s texting app. However, the hero of our film, Gene (T. J. Miller), is a ‘Meh’ emoji who can’t help himself but feel more than ‘meh’ about things.

This creates conflict in Textopolis and Gene sets out to become “normal” by finding a hacker named Jailbreak (Anna Faris) who can re-program him accordingly. To help him, he enlists a fellow emoji with something to prove, Hi-5 (James Corden). 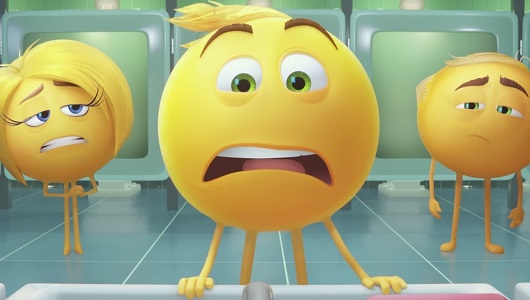 The initial premise is straight-forward enough. The first ten minutes are used to introduce us to the world and how things work. Through movies like Inside Out and Wreck-It Ralph, we are now accustomed to computer-animated movies taking place inside abstract systems like brains and computer games.

Where The Emoji Movie falls down though is the sheer lack of imagination used to show us this environment. For instance, all of the apps just exist on a phone wallpaper, with each app being a monolithic structure like blocks in a cityscape. 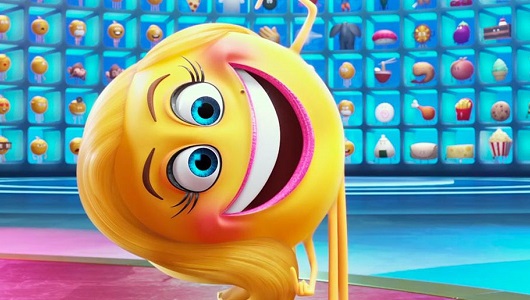 This lack of imagination extends to the comedy and writing too. Each joke is so surface level that you understand the punchline before the start of the joke is even told. Patrick Stewart lends his voice to this project as the Poop emoji and if I asked you to write down five gags involving poop, you’d probably guess all of the one-liners used in The Emoji Movie.

The writing is just as predictable. Each character’s arc is stereotypical and rote; which is particularly annoying as the character of Jailbreak is continually chastising her compatriots on using stereotypes. 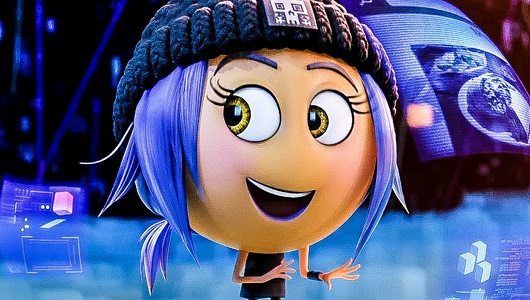 Product placement rarely affects my opinion on a film but when it becomes incorporated into the plot, like Candy Crush, Dropbox and Instagram are here, even I have to call it out. If there was a point to these inclusions, we could perhaps let it slide but the number of times it happens in the film is egregious.

I struggled to find anything enjoyable about the movie. I didn’t laugh once or feel invested in the characters. The screening I attended did include families with young children who appeared to find at least some of the jokes funny. If I had to find a positive with The Emoji Movie, it would be that it managed to keep the children engaged; though they may have also just been well-behaved… 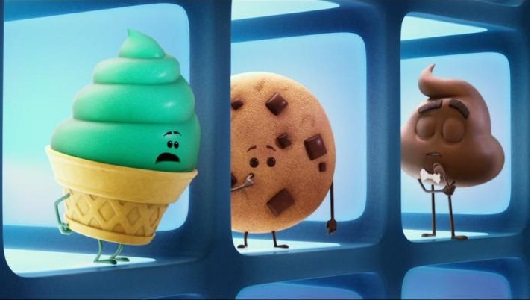 At 86 minutes, the movie doesn’t outstay its welcome…
...the jokes do though
The writing is entirely too predictable
I’d be surprised if I see more obvious product placement again

I was disappointed in The Emoji Movie. It felt like little was done to make this film defy expectations. While I will freely admit I am not the target audience for this movie, I would still not recommend this.

The author attended a screening of The Emoji Movie, courtesy of Way To Blue
Official Movie Site