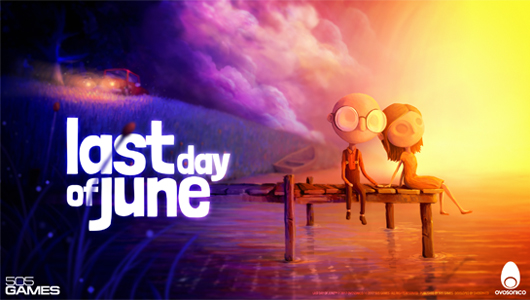 Last Day of June is an interactive tale that will plunge you in a depths of sadness but you won’t be able to resist a smile while playing it either. This is a poignant story of Carl and June and the day in their life that ended in a tragedy. As a player you will relive that day through the eyes of different characters, trying to avoid the sequence of events that led to June’s death in the car crash.

As a player, you will relive June’s last day as Carl rewinds time and transports into different characters and discovers how a combination of circumstances and actions, lead to the car crash. You will try to alter these events in order to figure out a new combination of circumstances that will, hopefully, save June. I do not want to dwell on the story details too much, as Last Day of June is a narrative experience, and telling too much will spoil it. During the demo, I got to see the prologue sequence and the first time Carl rewound time, and relived the day through the eyes of the village’s child. I really liked how the aspect of rewinding time works.

At first, Carl has to discover how the event of the day actually went. During that time, you as the player pick up on the possible changes you could make, when you return to play through that sequence again. Then, with this knowledge, Carl rewinds time again, and you replay the sequence but with different decisions. However, I like that the game doesn’t make you replay everything you just have seen mere moments later. It immediately drops you into relevant points that you can actually change. Therefore, it never feels like you are constantly retracing your steps or repeating the same actions.

Based on what I have seen, this looks like really tight and well-thought story. I am also preparing myself for emotional turns and story twists. 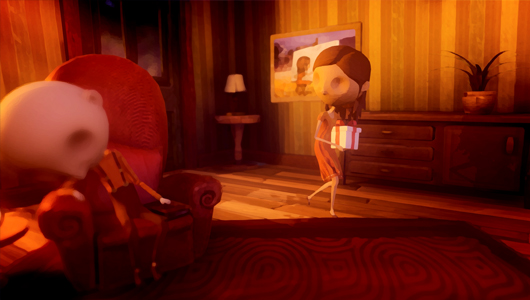 Last Day of June was inspired by Steven Wilson’s song Drive Home (Ovosonico, the game’s designers, collaborated with Steven Wilson for this game), and if you are familiar with the song and with the video, this will become very apparent to you. The look of both Carl and June is taken almost directly from that video, and even some of the other details, like the car and their couple’s special place on a pier, can be glimpsed in the video. However, unlike the video, Last Day of June is full of bright warms colours. The village, where Carl and June live, is populated with distinct characters, and even the look of the village itself is cozy and welcoming. You just can’t imagine a more idyllic place to live. 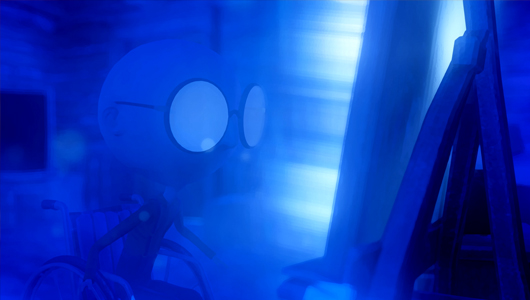 The character design itself is very distinctive. Speaking to the game’s director, Massimo Guarini, after the preview, he remarked that the character design treads a line between being adorable and slightly creepy (missing eye sockets, and all). Jess Cope, an animator on Frankenweenie, is one of the designers on Last Day of June, and Burton-esque aesthetic is clearly present in the game. However, I can not help but feel completely endeared by the characters, especially when they make adorable nonsensical noises, instead of proper words. This particular design choice was interesting to me, especially after playing through Virginia, a game where characters were completely silent and the music carried a lot of weight of the story. Massimo Guarini told me that in Last Day of June, they still wanted the characters to express emotions and personality, and given that they lack eyes and have very simple face models, the voice is the obvious solution. However, they also wanted for players to project their own emotions onto the characters, and thus didn’t want for characters to say anything too specific, opting for a collection of meaningless noises.

This all completely works for me. In a scene where Carl is walking around the room, looking for June, I imagine that he was calling out ‘honey’, whereas someone else could have substituted ‘June’ or ‘darling’ in their heads. It might seem like a very small difference, but it carries an emotional weight. 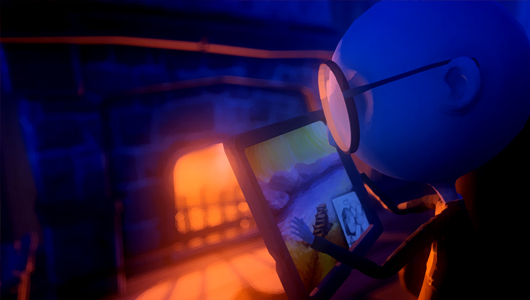 I am really looking forward to Last Day of June. I believe that video games have an opportunity to tell stories in new and unique ways, and this has already been proven true by games like Firewatch, Journey, Virginia, and others. Last Day of June is another game that can bring storytelling in video games to a new level. It has a beautiful distinctive look, gorgeous soundtrack and a story that is as uplifting as it is touching. 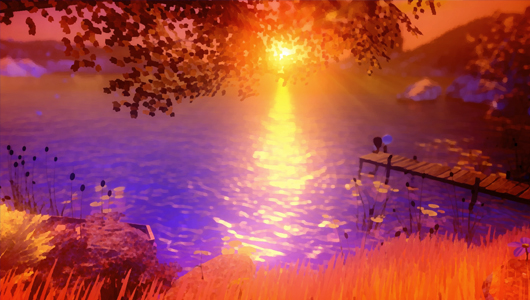