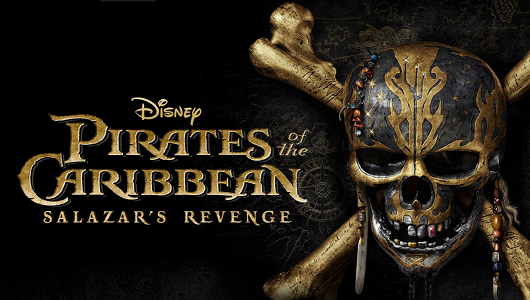 The longer the Pirates of the Caribbean series is dragged out for, the more I’m convinced that the first movie, Curse of the Black Pearl was lightning in a bottle. And that, surprisingly, creating a franchise around a 50-year-old theme park attraction is a bad idea as you’re going to run out of concepts pretty quickly.

To be fair, this was evident in the second movie but no one thought to nip it in the bud then, and so here we are with Pirates of the Caribbean: Salazar’s Revenge, the fifth movie in the franchise and another sequel nobody asked for.

The premise is the same as it’s always been; Jack Sparrow and his crew of unwashed morons unwittingly embark on an adventure with a young man and woman who are far too attractive and clean to feasibly be hanging around with pirates. The crew then go in search of a mystical artefact while being hunted down by supernatural pirates looking for revenge against Jack for one reason or another. Also, the British army and Barbosa are there because why not?

This time around the young bloods are Henry Turner, the son of Elizabeth Swann and Will Turner from the first three movies, and Carina Smyth, an expert in Astrology and Horology, which of course makes everyone she meets think she’s a witch because smart women are the devil. Also, she’s an orphan, a fact that isn’t really explained that well until her parentage is revealed later on with far less impact than the writers were hoping for I imagine. 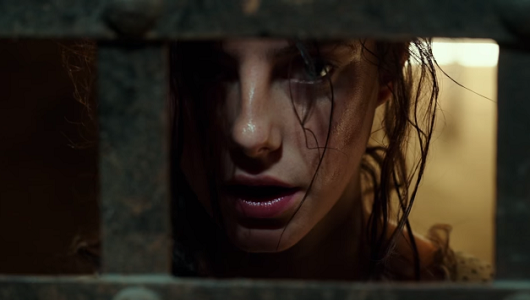 Henry is searching for the Trident of Poseidon, a mystical artefact said to bestow upon its wielder the power to control the sea, in hopes of using it to free his father of the Curse of the Flying Dutchman. Carina, too, is looking for the trident as she believes it is her legacy passed down from her absentee father to find it, and Jack wants it to stop himself from being killed by the latest ghost pirate he managed to piss off; Salazar.

Salazar was a captain in the Spanish navy, renowned for hunting pirates, who was outwitted by a young CGI Jack Sparrow, leading to his death. There must be something in the water around the Caribbean because once again an angry dead seaman is cursed to live out eternity as a revenge driven ghost.

You’d be forgiven for thinking you’ve seen this before, which of course you have, only it was called Curse of the Black Pearl and it was a better movie. This formula was old a decade ago, but for some reason (see: box office takings) Disney insists on trying to recapture the first movie rather than doing something new. Which is a shame because there is a bottomless well of amazing, untold stories from the golden age of Piracy that could easily be turned into a summer blockbuster. 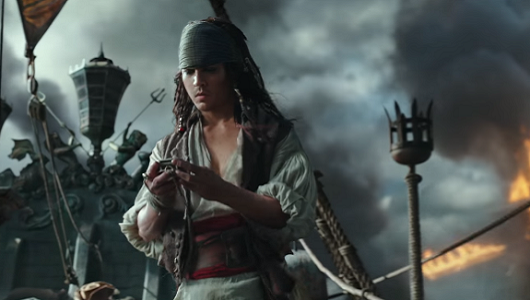 The action sequences are at a level now that make The Fast & The Furious look reasonable. In fact, the Jack Sparrow introducing heist scene is basically a worse version of a Fast & Furious 5 set piece.

Nothing ruins immersion in a movie these days quite like bad CGI, and Salazar’s Revenge is full of it. I was constantly being pulled out of the experience by cartoonish looking effects. I’d even go as far as to say Salazar’s Revenge feels like a Saturday morning cartoon or one of the straight to VHS Disney sequels from the 90’s. You recognise the characters on screen, but something doesn’t quite feel right. Everyone feels overplayed, and I found myself groaning when old faces from previous movies appeared because of it.

By far the worst element of the movie though is the main man himself, Johnny Depp. The biggest mistake Disney ever made with the franchise after Curse of the Black Pearl was making Jack Sparrow the main focal point, and this movie is no exception. Gone is any sign of nuance in his character, instead, we have a middle-aged, slightly overweight alcoholic doing what can only be described as your drunk uncle’s impression of Jack Sparrow. It’s genuinely sad to watch at times. 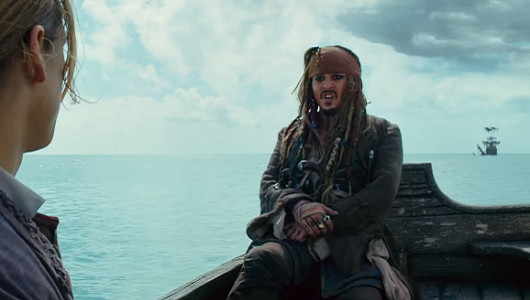 That’s not to say there are no redeeming features, however. Series newcomers Brenton Thwaites and Kaya Scodelario as Henry and Carina are genuinely charming. Thwaites is totally believable as the son of Will and Elizabeth and encapsulates the best elements of both of their characters, and Scodelario’s confident intelligence is fantastic to see, and a refreshing change from the overbearing idiocy of Jack Sparrow.

Javier Bardem is great as Salazar, even if he is painfully underutilised. Salazar is completely different from any of the villains he has played before, and it’s apparent from his performance just how much fun he was having in the roll.

There’s a cameo from Paul McCartney too, which is a fun if somewhat unnecessary distraction. And there are a couple of really quite emotional cameos dotted throughout that really give the series a sense of closure, at least until the after credits scene. 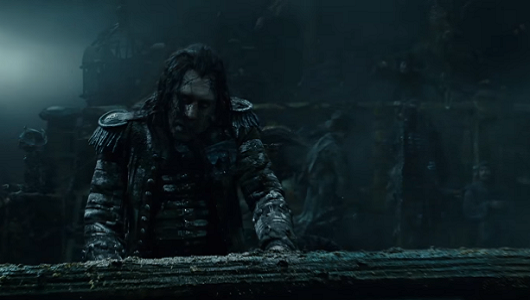 There was a scene where Salazar’s men use weaponised ghost sharks to attack Jack and Henry, that was cool but other than that I can’t really think of any other stand out moments, and that’s this movie’s biggest problem.

Pirates of the Caribbean: Salazar’s Revenge isn’t the worst in the series, that honour goes to On Stranger Tides, but it is ultimately the most forgettable. I enjoyed it enough to not walk out, but I found myself checking the time on more than one occasion, and I think I only laughed once during the entire thing.

It’s sad, really, that the IP that kick started Disney’s contemporary success with live action movies is the one property they just can’t seem to get right anymore. Maybe next time, ay?