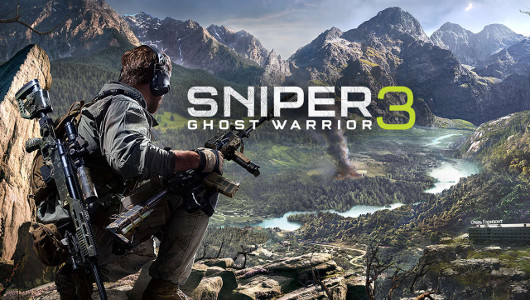 I went into Sniper Ghost Warrior 3 with some degree of optimism. Everything I’d seen in the run up to its launch made me think that it could have been the pseudo-Far Cry game that could tide me over until the next one. I was wrong. Sniper Ghost Warrior 3 is not a good game. In the time I’ve spent with it I’m yet to derive any enjoyment from it due to a plethora of technical issues, generic gameplay and other grievances. How anybody could think it’s acceptable to release a game in this state is gobsmacking.

The first thing you’ll notice upon starting Sniper Ghost Warrior 3 is that the load times are atrocious. From the time you hit the “new game/continue game button” on the main menu it will take you, on average, four and a half minutes to actually be controlling your character in game. Loading between regions in the game also takes an eternity too. This is unacceptable, and the technical woes don’t stop there.

There are multiple instances of texture pop-in which breaks whatever little immersion you might have. On top of this the framerate consistently sits below 30FPS at all times. This is a game about precision and you just can’t finesse your shots with a garbage framerate.

If you’re able to – somehow – look past these technical issues you’ll find a generic and ultimately boring slog of gameplay. Sniper Ghost Warrior 3 has potential lurking just below the surface, but it never capitalises on it. It’s essentially a low budget Far Cry clone without any of the character. 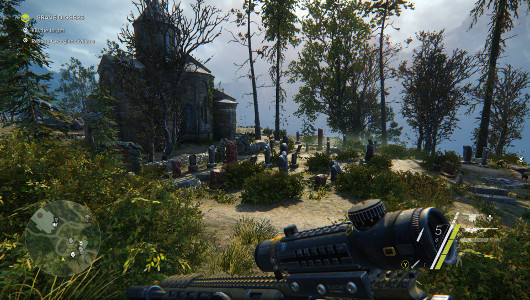 You’ll travel around open areas taking over outposts and finding a variety of collectibles, but any combat encounters you have in this space are mostly uninspired and boring. Most of them play out the same way over and over again. There’s a wide variety of tools at your disposal such as drones and different variants of sniper rifles and ammo types, but none of that matters when you can just pop your target with a .50 cal or darpa rounds (which have no deviation and ultimately break the game) and be on your way. The repetitiveness begins to wear thin after a short while.

Mission structure tends to boil down to either kill a guy or rescue a guy.

If you choose to tackle the main story you’ll be met with characters with the personalities of a brick wall and who have character models that make them look like a potato. It’s as cliché as you can get with a constant flow of military jargon spouting from the meat headed protagonists mouth and a plot that is as predictable as it is terrible.

However, I reached a point with the game where I couldn’t bring myself to play anymore when I sat through the obscenely long initial loading screen and played for a total of about two minutes before the game decided to crash and kick me back out to the Xbox One home menu.

Sniper Ghost Warrior 3 costs £40 of actual money that you would have to work hard to earn. I can’t stress enough that you should avoid this title like the plague. It’s in urgent need of a major patch to fix almost every aspect of it. There’s potential for a great game somewhere in the mess of issues, but for now you’d be better off playing either Sniper Elite or Far Cry as both games do everything it sets out to do so much better.