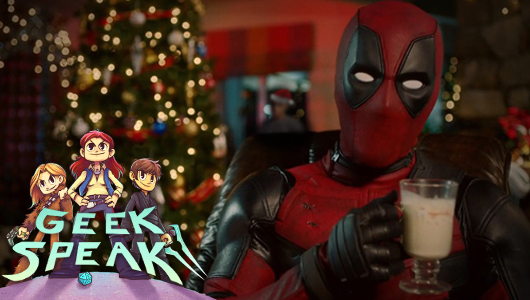 On this episode of Geek Speak, Lauren and Alex are joined once again by Jo from the Monkey Tail Podcast. Together they talk about their geeky highlights from this year. They also discuss listeners picks, which were kindly sent to them prior to recording.

Happy holidays to all of you! Thank you for listening to us ramble every week, thank you for writing in and commenting, thank you for being awesome! We hope you enjoy the last episode of Geek Speak for 2016 and we will see you all (or rather talk at you) in the New Year!

Geek Speak Highlights of the Year: