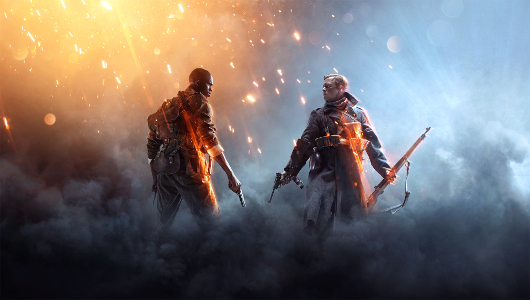 DICE have had a lot of ups and downs with their video game releases over the past 5 years. We’ve seen two new Battlefield games from them which had troubled life cycles but were ultimately good, a new take on Star Wars: Battlefront that left a lot to be desired and a sequel to Mirror’s Edge that seemed to pass by relatively unnoticed earlier this year. Not since Battlefield: Bad Company 2 would I say DICE has absolutely nailed a game on the head. That is, until now. Bucking the trend of throwing out a modern military shooter every other year, Battlefield 1 takes us back to the “dawn of all-out-war” when mighty empires clashed with each other over land, oil and honour.

It should go without saying at this point – over 100 years after it began – that World War I was an absolute tragedy and a pointless loss of human life for all sides involved. Battlefield 1 does a great job of making that horrible truth apparent in its opening moments. You step into the shoes of a rifleman of the Harlem Hellfighters, holding your ground against an onslaught of German troops charging your position. “You’re not expected to survive”, the game sombrely tells you. And you don’t. An obituary appears on screen for a brief second before making you take control of yet another soldier. He doesn’t survive either, and neither do the subsequent soldiers you’ll inevitably control. After the disappointing offerings of single player in both Battlefield 3 & 4 this brief gameplay sequence made me realise that Battlefield 1 was definitely trying something different.

The single player is split up into five different stories with each featuring a completely different cast of characters who have no association with each other whatsoever. Each story offers a different form of gameplay, from tank driving to piloting a plane to donning a suit of armour. If you don’t fancy a certain form of gameplay then you’re not forced into playing that story at all and they can be played in any order you want. Annoyingly, most of the stories have sections that try to promote stealth – and it repeats itself a lot – which is a little off-putting as it’s incredibly boring sneaking around and striking everyone in the back of the head with a melee attack. 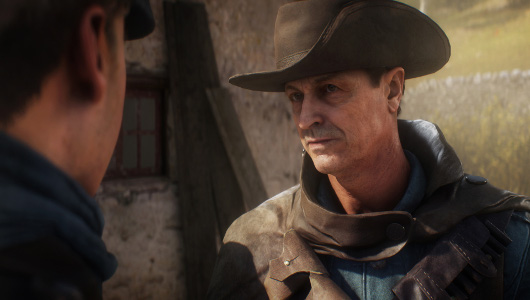 On the other hand, the stories themselves do a good job of highlighting the fact that World War I was – indeed – a global war and was not just confined to the western front as many of us living in the western world think it was. You’ll be visiting the Sinai desert, the hills of Gallipoli, the Italian alps, the French countryside and the skies over London. The first story – Through Mud and Blood – does take place on the western front however, and sees you take on the role of a new tank driver enlisted to help break through the enemy lines. Unlike previous Battlefield games there’s a great deal of character and I grew to care about my motley tank crew. But after just over an hour the story was over and this sets the stage for the rest of the stories. Through Mud and Blood is the longest of the five, with the rest clocking in anywhere from 30 minutes to an hour. I was absolutely craving more after I’d played through all of them as it had only taken me just over four hours to complete. I even played through on hard difficulty to find all of the collectibles and codex entries just to experience it again. None of the stories overly glorify the conflict, but they take great care to treat it with respect. It’s not historically accurate, that much is certain. But in an era where I’ve become fed up with modern/near future shooters it was great to see something new. There’s not a lot, but what’s there is great.

What most people will inevitably pick Battlefield 1 up for however is the multiplayer. Battlefield 4 had a very troubled launch marred with server issues, in-game bugs and problems with netcode. Many of the multiplayer maps also suffered from sub-par design and there were some which many flat out avoided if they could. Battlefield 1 is a completely different kettle of fish though. Aside from a minor server blip on day one everything has been relatively smooth sailing, with no issues getting into a game.

Having a multiplayer shooter set in World War I has also allowed DICE to trim away some of the fat that made Battlefield 4 slightly over the top. Lock-on missile launchers are obviously gone, as are the myriad of frustrating helicopters. These are replaced with anti-tank grenades, a cumbersome AT-rocket gun that you can only use when prone and a selection of biplanes that range from single seat fighters, dual seat attack planes or heavy three seated bombers. Tanks and other vehicles no longer sit around at your bases in the conquest game-mode just waiting to be stolen by “that guy” on the enemy team and used against you. Instead they can now be spawned in from the respawn screen. 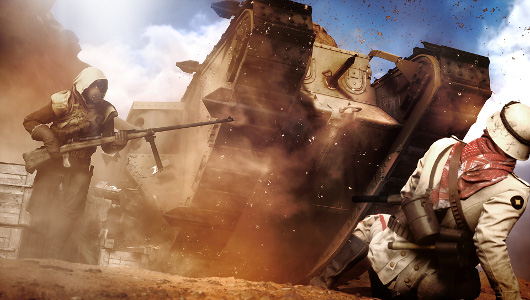 Speaking of the respawn screen, it also receives a massive overhaul. Every time you die you’ll be zoomed out into the sky over the map and you’re able to see everything happening in front of you in real time as you’re choosing where to respawn. Once you’ve decided where you’d like to drop in, the screen will zoom in on that location and you’ll be good to go.

The in-game classes that you can play as also received a significant amount of changes. The assault class now has access to anti-vehicle weapons but is restricted to close range submachine guns or shotguns and the medic now has semi-auto rifles effective at a medium range. The support and scout classes receive a few tweaks here and there but remain relatively unchanged with a few interesting gadgets such a decoys – helmets on sticks – and limpet charges thrown in for good measure.

The reversal to World War I also brings with it some new gameplay additions such as horse mounted cavalry equipped with swords, landship tanks that require more than one player to be used effectively, slow firing field guns and flak cannons on the field, “battle pickups” that allow you to become elite classes wielding a flamethrower, machine gun or anti-tank rifle and of course the new behemoths.

The behemoths come in three different varieties and depend on which map you’re playing. You’ve got the armoured train, the airship and the dreadnought battleship. Behemoths are given to a team if they’re losing a match by a large margin in order to help them claw their way back. They’re big, they’re intimidating and they provide a lot of “holy s**t” moments when they show up.

Battlefield 1 has most of the traditional game-modes on offer such as Conquest, Rush, Domination and Team Deathmatch. This time around however there’s a new mode called Operations, and it’s great. 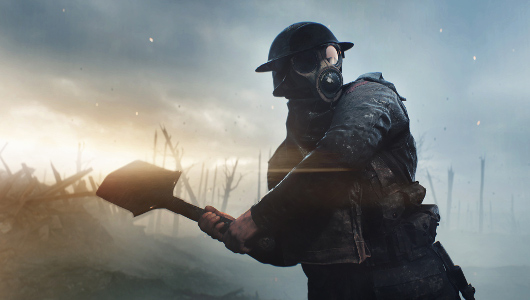 Operations takes place across multiple maps and somewhat bases itself off of actual battles that took place during World War I such as the Kaiserschlact and the Meuse-Argonne offensives in 1918. It’s an amalgamation of both the Rush and Conquest game-modes and sees an attacking team pushing forward through multiple maps capturing objectives and forcing the enemy back. The attacking team has three attempts and a limited number of respawns to take all of the objectives over 2 or more maps and if their first attempt fails they’ll be backed up by a behemoth. Capturing objectives a moving through the map will also refund some of the respawns that have been lost as well.

Operations does a great job of capturing the “stalemate” that many associate with the western front, with both teams desperately trying to keep to other at bay. Couple this with the fact that DICE have ramped up their trademark destruction physics and there are moments you’re trying to push from trench to trench, taking cover in craters made by another player firing mortars on top of the in-game whistle which sounds when the attacking team needs to push into the next sector. There’s even a section when you’re defending as the British Empire and bagpipes start playing which sent a shiver down my spine.

There’s a lot of good things to be said, but the biggest problem with Battlefield 1’s multiplayer at the moment is the progression system. Weapon skins can be unlocked via battlepacks which can only be earned randomly at the end of the match and are few and far between and medals that can be earned for completing certain tasks can only be activated one at a time and rotate out on a weekly basis. It’s disappointing because it doesn’t really give you anything to strive towards and earning XP is more of an indication of how much you’ve played the game and nothing else.

Multiplayer is great with the addition of Operations
World War I is a great, unique yet sombre setting
Single player tells a good selection of stories…
…but it’s a little bit too short
Multiplayer progression is moot
A few UI bugs and other hiccups

When all is said and done, Battlefield 1 looks, sounds and feels great to play. There are a few hiccups here and there such as UI bugs, framerate dips on consoles when the action gets a bit too hectic – but it usually sits at a consistent 60FPS most of the time – and the progression system in multiplayer isn’t too great. But when you have a brilliant new multiplayer mode like Operations and a great – but admittedly short – series of stories to play through on top of the foundations of what made previous games in the series good then there’s no denying that this is DICE’s best Battlefield game in a long time. Going back to World War I was a risk, but it was one worth taking as they treated it with respect and dignity yet still made an enjoyable game out of it.

I’ve not enjoyed a first person shooter like this for a long time, and I can absolutely see myself still playing Battlefield 1 months down the line.