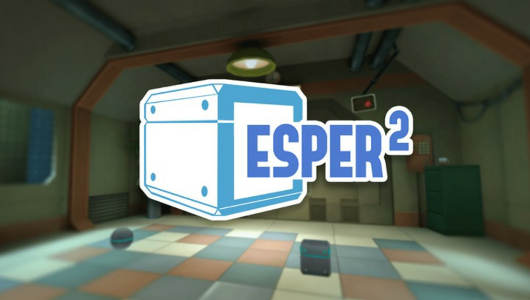 I know solving puzzles with your mind sounds quite standard but believe me when I say, Esper 2 gets you to solve puzzles WITH YOUR MIND! Telepathy is a key element in the game match with fantastic voice acting from Nick Frost (Hot Fuzz), Sean Pertwee (Gotham), Laura Pulver (Sherlock) and Eric Meyers (Quantum Break).

Available on the Oculus Rift and the Gear VR; while both peripherals allow you to play the same game, the experiences are very different.   The Oculus displays brilliant graphics which is aesthetically more pleasing but due to its tethered nature, does not give you an experience as immersive as the Gear VR.

The games starts you in a training facility allowing you to hone and show off your fantastical telepathic powers before all hell breaks loose and you are sent into the field to save the day/world.  Using the Gear VR to control your telepathy gives the game a bit more grounding, relating your skills to well known mutants such as Professor X who also holds his hand up to his temple to control his ability.

If you are looking for something a little bit different for your VR device with a great story, Check out Esper 2 on steam (with the original game thrown in for good measure)