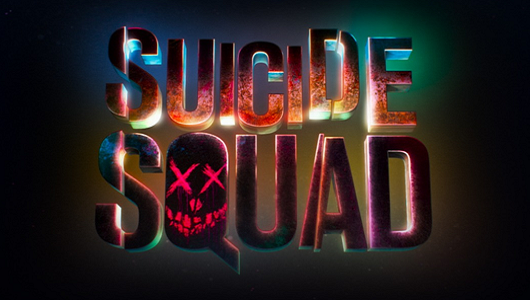 Suicide Squad, the third title in DC’s current movie universe, is finally upon us, and for almost two years now barely a week has gone by without us seeing some sort of news story related to it. From official cast photos to onset ‘leaks’ last year, to today when we are unable to turn a corner without being greeted by a colourful billboard or poster adorned by images of the impressive cast.

Social media, too, bombards us with character trailers and featurettes. There is no way anyone in the modern world doesn’t know who the Suicide Squad are now. It has one of the most aggressive and dare I say impressive, marketing campaigns I’ve ever seen for a movie. And sadly, the film itself may have fallen victim to its own hype.

Taking place after the events of Batman v Superman, a government operative named Amanda Waller (Viola Davis) forms a secret team of super-powered criminals to participate in off the books black operations.

Each member of the team has a small remote detonated bomb implanted in their necks. If their mission is successful, they will have their sentences reduced. If they fail or disobey, they die. 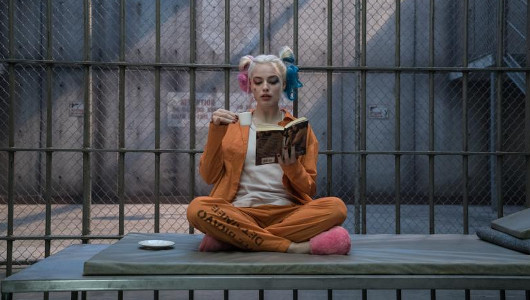 While the reluctant team execute their mission, The Joker (Jared Leto) is on a mission of his own, tearing his way through anyone with information on Harley’s whereabouts to find and rescue his queen from her incarceration and forced act of heroism.

Each member of Task Force X is introduced at a machine gun pace with a brief montage showcasing their origin story, with their vital statistics flashed up onscreen to show you just how mad, bad or insane they really are. Although oddly cut, these bits are great, and play host to a whole load of cameos and Easter eggs showing an unprecedented amount of love and respect for the source material.

Odd cuts and pacing issues are my major complaint with Suicide Squad as the movie is plagued by them. After the characters have been introduced, Waller spends a seemingly long chunk of time trying to get the Task Force approved. During this time we’re introduced to Rick Flag (Joel Kinnerman) and June Moone (Cara Delevingne) and their relationship is developed somewhat.

Shortly after, and seemingly out of nowhere, this huge end-of-movie style event happens, and it feels so much like it should be the beginning of the third act that I took my phone out to check the time and was surprised that only 30 minutes had passed since the movie began. 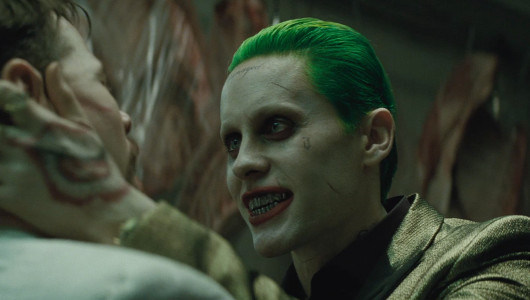 From here things pick up again as the squad is assembled and taken out into the field with Flag, and Katana (Karen Fukuhara) who has been brought along to make the criminals stay in line. Task Force X’s trudge through Midway City is broken up by the occasional set piece, but there is no real sense of time or the distance they’ve travelled. One moment they are miles away from the target area, and the next they are standing right in front of it. I know movies use time jumps all the time, but here they just feel off.

Shortly before the film’s release, it was reported that two different versions of Suicide Squad were shown to test audiences, and the final cut of the movie is made up of feedback from both, with the help of a few reshoots in a feeble attempt to add cohesion. It feels like a patchwork of moments loosely strung together with a few threads of narrative.

The action sequences are fantastic, however, and do an excellent job in showcasing not only each members unique powers, but also their attitudes to being forced into the situation. They are not all on the same page, and only as the story and characters develop do they actually become a team. The reports of onset friendships forming (the cast gave each other matching tattoos) become evident as the story moves along the their relationships evolve. There are some great character moments in unexpected places, and Ayer has done a great job in humanising these otherwise despicable characters.

At no point do these guys never feel like heroes, at least not until the final show down, but even then they do it for each other, and not the greater good. They are villains through and through, career criminals and monsters, constantly out for themselves in even the deadliest situations, and David Ayer never shies away from this fact. 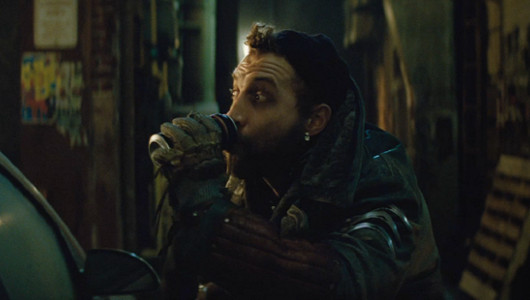 The special effects too are great. Mostly. Killer Croc, in particular, should now be used as the gold standard for what it is possible with practical effects and makeup. So much of the movie is built on practical effects, however, that it makes the CGI stick out like a sore thumb. If the production had spent less money on acquiring songs for the (admittedly impressive) soundtrack, and more on the computer effects it could have looked much better in places.

I also have to give special credit to Jai Courtney. Everyone on screen looked like they were having great fun, but Jai seemed like he was having the time of his life. Equal parts funny, dangerous, and at times adorable, Captain Boomerang was easily a stand out member of the Squad.

There’s no denying that Ayer has a lot of love and respect for comics this movie is based on, even going so far as to take moments straight from the pages of classic and New 52 comics in the form of dialogue or story beats.

There are times where the action feel like it’s ripped straight from the pages of the books. One scene in particular, sees Deadshot stood atop a car taking out a horde of incoming enemies. Everything from the framing, the cuts, and even his response to Flag after the conflict has ended felt like the comic come to life. 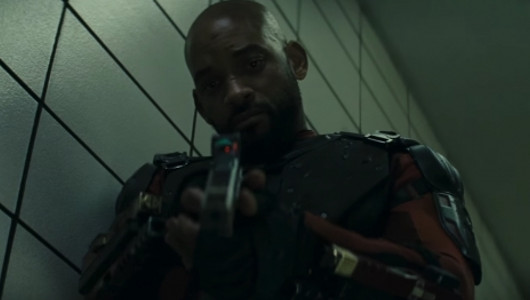 There are so many moments like this, but sadly we’ve seen them all in the various trailers. As much as I was enjoying the action, it was dulled by the fact that I’d seen it all before. This, sadly, is double true for the Joker.

Jared Leto’s portrayal of the Clown Prince of Gotham is fantastic. A modern day gangster without a hint of sanity (or maybe too much?), he is unsettling, terrifying, and stunningly entertaining. And every scene he is in was shown in the trailers, and some of those scenes didn’t even make the final cut.

This isn’t the Joker’s movie, it never was, and I get why his image was used to promote the film, after all, he is the most recognisable character in Suicide Squad, so the Joker-centric marketing was no doubt deemed ‘necessary’ to get bodies in seats. But ultimately the lack of Joker in the final movie is going to leave fans of the character utterly disappointed, including Jared Leto himself, who has since said that a good chunk of the Joker scenes he shot didn’t make it into the final cut.

Suicide Squad seems to be another in a long line of movies that have fallen victim to corporate interference. Money men are throwing their weight around to see a return on their investment, shredding the director’s vision in the process.

Ultimately it has left me feeling conflicted. I simultaneously like it and don’t like it, I feel like Schrodinger’s Critic. It is a good movie, but it isn’t as great as we have been worked up into expecting it to be.

It holds its own against other summer blockbusters, like Ghostbusters, but throughout the whole spectacle there’s an unshakable feeling that it could have been, and should have been so much more. It’s weird. As much as Suicide Squad left me feeling conflicted about my feelings for it, I really want to see it again, and that can only be a good thing, right?