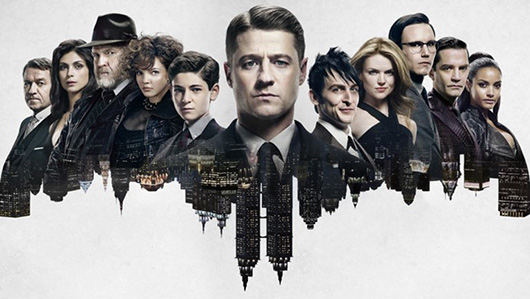 Gotham feels like the TV equivalent of the bizarre webcomic strip, Garfield Minus Garfield but with Batman – Batman Minus Batman. It feels as though the Dark Knight is constantly absent, like we are stuck in an episode where Batpants himself has been kidnapped. Where the unlikely partnership of Alfred and Jim Gordon have to team up to go on the warpath and save the day. More accurately, it feels as though we are permanently stuck in a flashback. Permanently poised, waiting.

It almost feels that if you are going to all this effort, with some great casting and big budget, that it might be better served as part of a bigger Bat-whole. While a modern day, darker Batman TV series is a tantalising prospect, I can see the genesis of the idea behind Gotham being intriguing. The full exploration of a less fully fleshed out period in the Batman Universe. The events of Bruce’s parents death and Batman’s adventures in lycra are extensively well documented in comics and many other mediums but we have seen less of how young Bruce dealt with the events immediately after their death and how this warped him in the adult Bruce/Batman schism, throughout the early years of his life before donning the cape.

Even in the shadow of an ever present Bat-absence, there are a number of things to like about Gotham. The atmosphere feels right and a number of the cast add depth and interest. As in the first series, David Mazouz plays a confident and competent young Bruce, Ben McKenzie plays the part of the gritty detective Gordon believably (even if the shear number of grey-moral gunfights he detects with is a little suspect) and the Penguin is well portrayed by a manically menacing Robin Lord Taylor. Other actors such as Donal Logue as Detective Harvey or Chris Chalk as Lucius Fox seem well cast for their roles, even if their parts do tend towards certain archetypes. There are reasonably well fleshed out and well portrayed characters throughout the rest of the cast. I like Sean Pertwee as a younger Alfred although he sometimes grates in his SAS chimney-sweep faux over-Britishness.

The second series continues to add well placed actors to the cast. BD Wong is a particular highlight as the calculating Hugo Strange. I was initially unsure of Nathan Darrow as Victor Fries, but do like the decision to introduce a less comical (in both senses) Mr Freeze than that of the Arnold “Ice to meet you” Schwarzenegger and straying away from the general tendency for him to be portrayed as a eastern European accented scientist. I was not sold on James Frain’s portrayal of Theo Galavan as he came across as a second rate Buffy villain. My biggest problem was the criminally underused Cameron Monaghan in his role as Jerome Valeska and the slightly ham-fisted presentation of his influence on the possible future Joker set to come. Michael Chiklis inclusion as Captain Barnes seems a bit forced when first introduced but he does help to add a degree of the feel of an authentic police department – which seems crucial for a series that descends into a super-villain themed ‘cop show”. 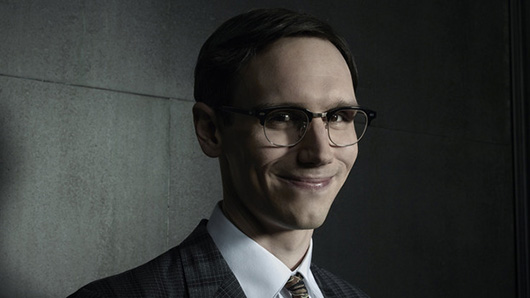 In the absence of any superhero presence the series has an over reliance for action based on Detective “Just one more hail of bullets” Gordon and Alfred “James Bond” Pennyworth. The lack of batarangs is replaced by a number of encounters which, following on from the first series, sees a massively high mortality rate for both the Gotham City Police department and criminal underlings. At times weight is conveyed in bodycount a bit too often. It adds up to being unrealistic. If everyone attends all of the funerals there would literally not be enough time for crime or crime solving and the GCPD recruitment department must be working overtime all the time.

I was given the Blu-Ray of the second season to review, but liked having the Ultraviolet option as that often plays into my recent purchasing decisions. More pertinent with needing to swap between four Blu-rays to get through all of the episodes. There are some decent extra features in the form of the Gotham: 2015 Comic Con Panel recording or Gotham by Noir Light – which looks at how Gotham takes influence from Film Noir sources and looks to recreate them in a colour setting – but some of the extra features on the early discs are lightweight and not much more than a collection of short looks ahead or at the series, presumably previously used for promotional purposes.

Gotham suffers from the common prequel dilemma. You really have to be a Batman fan to appreciate it but these will also be the fans most likely to find fault and knowledge of what HAS to be robs the series of some of its dramatic impact. We know for sure that certain characters such as Bruce Wayne and Jim Gordon are never in any mortal peril. Likewise we know the people that they will become and this somehow denies them the ability to surprise us with character growth or the thinking behind a decision. At other times foreshadowing is badly handled with characters making references that don’t make sense in the current context – such as a henchman saying “Let’s see how many lives you have left” to Selina Kyle. On the good side of this equation for season two was watching Cory Michael Smith continue to unravel as Edward Nygma’s downward spiral sees the start of him devolving into The Riddler. It is elements such as this that despite its faults will keep me coming back to Gotham to see what comes next. Even if I know it is largely a Bat shaped hole that may never be filled.