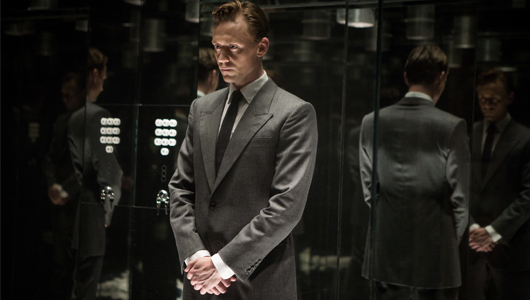 High-Rise is a fascinating social study. While you know how the story ends within the first seconds of the film – with Dr. Laing (Tom Hiddleston) seating in the ruins of his ‘luxury’ apartment ‘satisfied with life’ while eating a dog – the descent from orderly living into a complete chaos is the car crash that you cannot take your eyes of. Based on J.G. Ballard’s famously unfilmable 1975 novel, High-Rise nonetheless manages to do seemingly the impossible. This gorgeous looking catastrophe proves that even though The Winter of Discontent is in the past, the points that both the novel and the film raise are still incredibly ‘now’.

Dr. Laing moves into an apartment on the 25th floor of a brutalistic high-rise flat block that offers a new way of living. Everything is provided for: there is a supermarket, gym, swimming pool, school for children and so on. There is absolutely no reason to leave, unless to go to work, but for that one would need to find their car first in the endless grid of the car park. High-rise is its own microcosm and community. Comparison to the kids stuck on the deserted island in Lord of the Flies would not be far off. 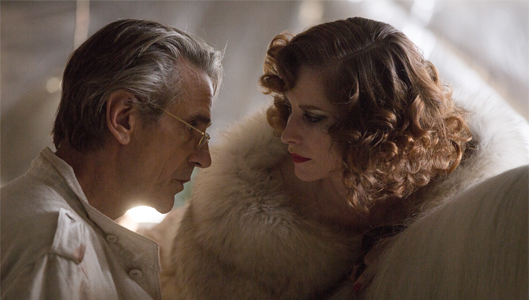 The poorer community occupies the lower floors of the building, and as higher it gets, the more rich the powerful reside there, culminating with the architect of the project Anthony Royal (Jeremy Irons). Royal and his wife live in the magnificent penthouse, with the fairy-tale garden with goats and white horses, in stark contrast to the deserted outside, hidden from the inhabitants of the high-rise by thick concrete walls. Royal is busy with the idea of what the high-rise meant to be, and is unable to notice even what his wife is up to, not to mention what happens to the rest of the building.

Just above Laing, lives Charlotte Melville (Sienna Miller), an unmistakable love-interest, with her son Toby (Louis Suc). Laing also makes quick friend with Wilder (Luke Evans) and his heavily pregnant wife Helen (Elizabeth Moss), who are just like many inhabitants on the lower floors suffer from decadents of the upstairs living. While the rich have exuberant 18th century consume parties, below them people struggle for water and electricity, and finally something relatively small, as access to the swimming pool, sets of the deadly spark. 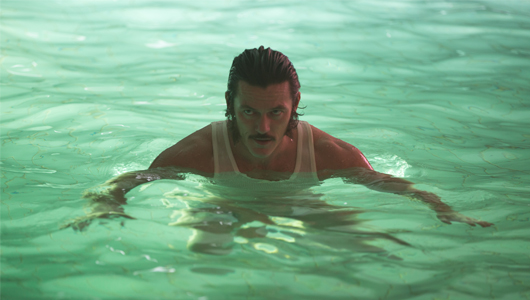 Following that, it is a pure joy to see the descent into complete madness. While exaggerated and grotesque at times, the story drives its point through, strong and clear. Even if a lot of scene are the strings of metaphors, for example Laing showing how easy it is to remove skin from scalp as a foreshadowing of things to come, it doesn’t make what is happening on the screen less impactful. In fact, the more bizarre the story gets, the more you get into it. 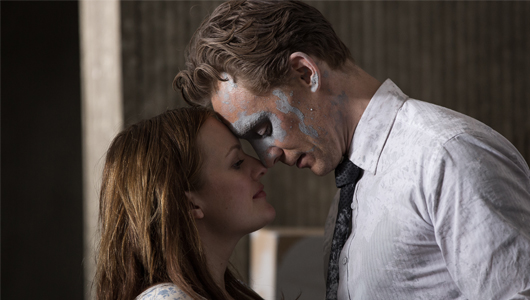 I have seen comments suggesting that film overuses violence, sex and cruelty to animals, seemingly with no other point other than shock value. While there is indeed a lot of it, especially as the film is gearing towards the end, there is a definite narrative reason for it. They are used to show the demise of the society, people starting to loose themselves and becoming more animalistic and cruel, immune to decency and rules. No echelon of high-rise society is immune. It is shown in scenes like the orgy scene in the Royal’s penthouse where the attended barely blink an eye while various pairs are having sex all around them. Is this too much? Absolutely! Has this been done for a reason and with a purpose? Absolutely. Is it effective? Yes. 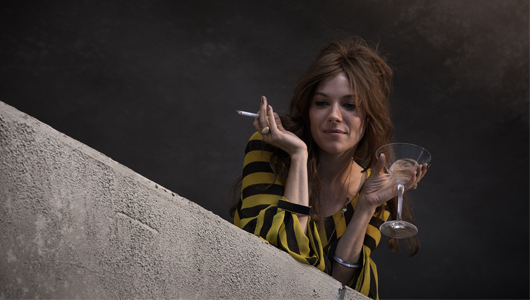 Hiddleston excels as the character with an almost constant mask of politeness, while Irons unsurprisingly steals every scene he is in. There are also very delightful almost cameo roles by James Purefoy and Sienna Guillory that stand out. While the High-Rise begins very much as Laing’s point of view as we get inducted into the daily life of the building through him, as the film continues the story spreads more evenly between characters. To me Wilder’s (Evans) story becomes even more important and interesting than that of the poster character, and luckily Evans performance can easily hold his own.

The movie closes as Laing remarks that they waiting for the second high-rise building to reach the same state as theirs has, while Toby is watching them all through his collideoscope and Margaret Thatcher’s speech is playing in the background. In High-Rise 70s setting, people see buying apartment in the Royal’s building as getting a little bit of the future. In reality, the façade only had an impression of stability and friendliness, and its brutalistic nature was only too eager to raise its head. Just like J.G. Ballard novel foresaw the future, the story is equally apt today and the film tells it very well. Even if it seems a little bit too much, it is for a reason.