Despite the live action DC movie catalogue having its ups and downs, their animated slate has always been considered to be some of their best output. From Justice League: The Flashpoint Paradox to Batman: Mask of the Phantasm, the quality and quantity of their movies has been consistently high.

More recently, DC and Warner Bros. have turned to adapting some of their more famous comic book and graphic novel stories to the animated format, including Batman: Year One and The Dark Knight Returns. The latest story to get this treatment is Batman: The Killing Joke, one of the seminal stories in the dark knight’s mythos.

I attended a limited cinema showing of The Killing Joke last night. The atmosphere in the lobby beforehand was quietly excited, with fans congregated to get their first look at a long-awaited adaptation. Once in our seats, we were greeted with an opening video that interviewed Mark Hamill on how he got the role of the Joker in the first place and what brings him back so regularly. It was a nice touch and helped to set expectations for the upcoming film.

For fans of the graphic novel, the opening may feel odd. The first half of the movie has been embellished by the writers to set up the Batgirl and Batman characters more fully before delving into the original story. We get to see Barbara Gordon at her crime fighting peak, “when it was still fun”. She is brash and over-confident, something that doesn’t sit well with Batman. 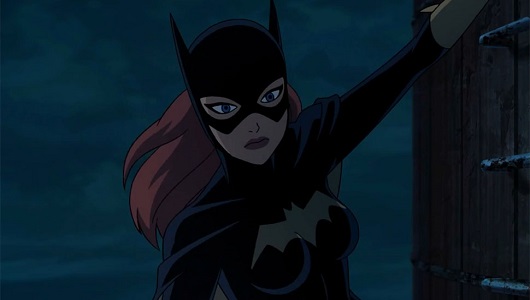 Graphic novel purists may not like this direction, especially when they see what it ultimately leads to. However, it does work to set up where the characters are, when the absolute wildcard that is the Joker is set loose. Both Batman and Batgirl make very human mistakes in the early part of the story and these are felt throughout the rest of the movie.

Kevin Conroy and Tara Strong are superb at getting across the conflicting emotions both characters feel. While both care for each other and their safety, when that bond starts to become an obstacle to their ultimate goal of protecting the city, it leads to a permanent change to their relationship.

When the story picks up where the graphic novel begins, we are fully invested in the protagonists. Understandably, the focus then shifts to the antagonist. As fans of the novel will know, we get glimpses into the past of the Joker and find out what happened on his “bad day”. The rest of the story proceeds faithfully and we get some of Mark Hamill’s best work as the character, simultaneously funnier and more despicable than he has had licence to be before.

It’s also here that I have to compliment the art direction and score of the movie. They both serve the movie beautifully. The movie looks like a cross between the old animated TV show and the panels of the graphic novel itself. In fact, many scenes and shots are ripped completely from the story to keep it as close to the material as possible. 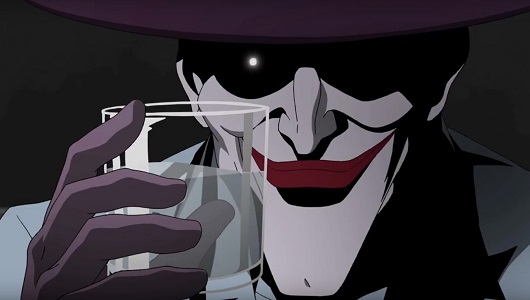 I enjoyed Batman: The Killing Joke immensely. While the added scenes are largely well done, the main attraction is the original story’s arc. We get the quintessential ideological battle between Batman and the Joker – the best hero/villain combination in comic book history – brought to life on the big screen. If you are a fan of these characters, you owe it to yourself to see this. 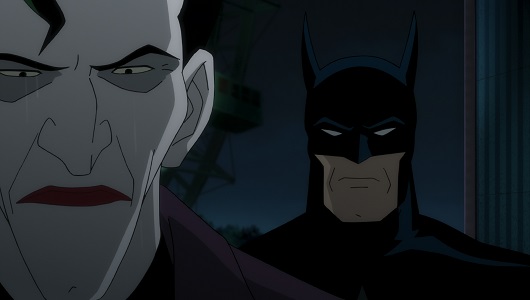