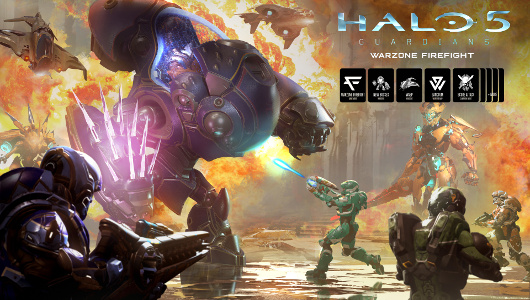 A Beginner’s Guide To Warzone Firefight

Halo 5’s Warzone Firefight mode has been out for a while now, and has absorbed a significant amount of my gaming time recently. It might not be the classic Firefight experience from Halo 3: ODST and Halo: Reach, but it’s a tonne of fun to play with a group. The mode also tends to shower you with rewards in the form of REQ packs and large amounts of XP and REQ points if you succeed.

However, it can be horribly unforgiving at times. For the uninitiated, Warzone Firefight sees you battling it out against A.I. enemies across five rounds with different objectives. Rounds get increasingly difficult with longer spawn times and tougher enemies and bosses. The only problem is certain enemies, enemy spawn locations, difficult objectives and the aforementioned increasing spawn times can end up giving you a headache if you and your team aren’t on top of them from the get go. To that end, here are a few tips for beginners and veterans alike that will help you to succeed in Warzone Firefight. 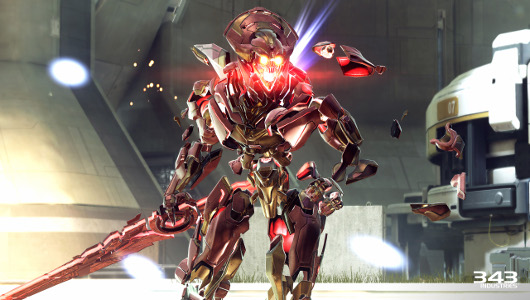 Use their weapons against them.

Long time Halo players will know of the weapon combinations and tactics to take down the tried and true Covenant enemies who appear in Warzone Firefight. Picking up a plasma pistol from a dead Grunt in the early rounds can help you deal with the much tougher Elites by stripping their shields and delivering a quick and lethal headshot with a precision weapon such as the magnum.

What a lot of people don’t know however, is how to deal with the Promethean enemies. The Prometheans can almost seem borderline unfair with their overwhelming numbers and firepower, but they are especially vulnerable against their own weapons as well. Picking up a suppressor in an early round is a great way to strip away the armour of the Promethean soldiers and – similarly to the Elites – allows you to deliver a swift headshot. The Promethean grenades are also great at helping to deal with groups of Crawlers and the larger Knights by destroying their power cores.

Playing with seven other random players can sometimes result in disaster in Warzone Firefight. You might not be able to coordinate properly and this in turn leads to frustration when you can’t put enough damage down range on a boss or someone steals your Warthog when you were posted up in an advantageous position.

To that end, whenever a boss objective appears you should always be endeavouring to put as much damage down on a single boss at a time. Splitting your team up means bosses won’t die as quickly, and when you’re on a five minute time limit per round things can go wrong very quickly. On the vehicle front, you might see someone posted up on a Warthog turret and firing at a boss from a distance. The best thing to do in this situation is to leave them to it and focus on doing damage yourself. Under no circumstances should you get in the driver seat and move them away, that’s a sure fire way to annoy them.

Warthogs are also at their most effective when you’re actually working with someone you can communicate with. Grouping up with friends before heading into Warzone Firefight makes the experience easier, as you can cover individual choke points on defensive objectives and call out when you might be getting overwhelmed. The enemies will drop like flies when confronted by a coordinated team effort. 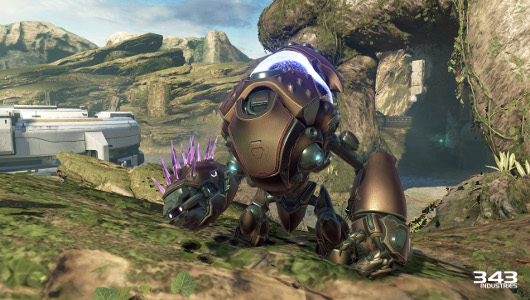 Similarly to Warzone, you’ll gain REQ levels in Warzone Firefight. This allows you to call in power weapons and vehicles whenever you want – provided you have the right REQ level, which you raise throughout the game by getting kills/completing rounds. Loadout weapons such as the Battle Rifle, DMR and SMG don’t expend your REQ levels so you can switch between them as much as you want to suit your play style. Your REQ level recharges over time after expending some, but you’ll be left out in the cold if you spawn in an expensive power weapon and then die a split second later. Sometimes it’s unavoidable, but you can avoid some frustration by calling in REQs when it makes sense. If you’re on round 3 and the objective is a simple “Kill “X” amount of enemies” then your loadout weapons will more than suffice. Keep saving those REQ levels for later when it could become make or break time. You never know when you might need to bust out the Scorpion or Banshee.

Similarly, on round 5 you should always wait to see where the bosses spawn on the map. I’ve seen numerous people call in tanks and more in the intermission before round 5 begins, only to be met with the bosses being spawned inside a building that they can’t get inside. Exercise patience and call in power weapons over vehicles if it makes sense.

Become a master of prediction.

Warzone Firefight has a really bad habit of spawning objectives on the other side of the map from where your team is. Rounds where you have to defend the garage/armoury or protect the Forerunner core from destruction are where a lot of teams fail due to the enemy spawning a stone’s throw away from the objective. In the intermission between rounds it can be a good idea to split off from the bulk of your team just in case one of these objectives pops up next. You’ll also begin to notice patterns – such as defend the garage on Escape from A.R.C. appearing on round 4 – allowing you to orient yourself properly and buy your team some time if they’re on the opposite end of the map. 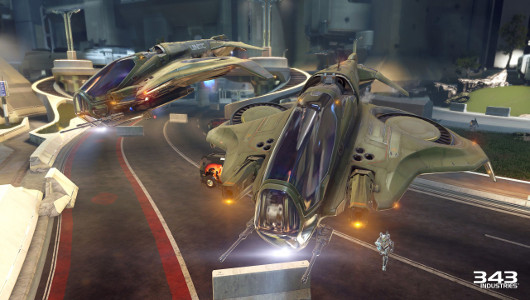 Something a lot of people forget in Warzone and Warzone Firefight is that you can give yourself a boost when you reach REQ level 5. Obviously you need to unlock these armour mods through REQ packs, but once you’ve built up a small collection they can mean life or death if you have them equipped. If you’re driving around in a Warthog with a gunner then you may want to equip the wheelman armour mod which increases the durability of your vehicle and reduces the effects of EMP blasts. At the same time you could always equip the patrol case mod which doubles the amount of ammo you can carry in your loadout weapons. You can also equip mods that give you extra grenades, increase grenade damage or boost your shield strength. Never overlook them.

Hopefully these quick tips will help you out in Warzone Firefight. The mode still needs balancing and tweaking on the developers part to make it an even better experience – because some elements of it are outright unfair – but it’s still a massive amount of fun and is a great way to unlock customisation options and REQ cards without having to dive into PvP game modes. Now get out there and put the smack down on some aliens!