There are few experiences better than winning as part of a team. You can take the joys of raising a child, spending time with family and achieving life goals and shove them right in the bin. Equally, there are few things more devastating than losing a fight you simply know should have gone your way.

Seemingly, one of the most difficult tasks games developers have in modern multiplayer games is instilling the team aspect in team-based shooters. It often either restricts you to your role to the point where one weak member costs you the game (see Evolve) or forgoes the team element altogether in the hopes that team play will organically form (see every other first person multiplayer shooter). In the few cases where the formula is nailed, it can elevate the title significantly (see Overwatch).

For the uninitiated, Overwatch is a team-based shooter from the wizards at Blizzard. After conquering the MMO and RTS spaces, they clearly felt it necessary to flex their muscles elsewhere and decided to take on the biggest game in this particular playground, Team Fortress 2. Whether they won or not is a matter of opinion, and seeing as you’re here, I’ll give you mine – while it was a close fight, Overwatch has won the day.

The next obvious question is why I think that – and the answer is simple. Overwatch does everything Team Fortress 2 does just as well if not better, and then adds more characters into the mix too. 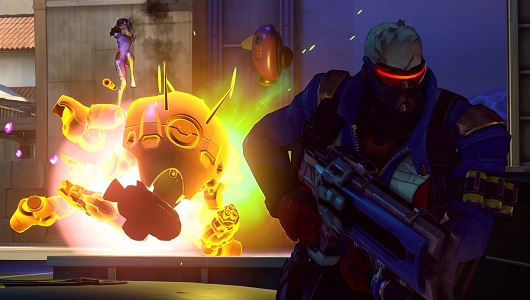 To start with, Overwatch nails the game-play loop it sets out from the start. You play in multiple matches across three different game modes (with an additional hybrid mode too) and get rewarded not just for taking out the enemy but also for playing the objective. This in turn earns you experience, which levels you up. However, this level doesn’t affect your performance and only earns you cosmetic items. Not only does this mean that you are consistently earning new items, with more and more lists to check off, but expert players have no advantage over newbies so you are not punished for coming into the game fresh.

Similar to Team Fortress 2, players can choose from various characters, each with their own strengths, weaknesses and play-styles. The difference here comes in the form of variety. Overwatch heroes are split into four core types – offence, defence, tank or support – but even within each type, the characters can be vastly different to play. 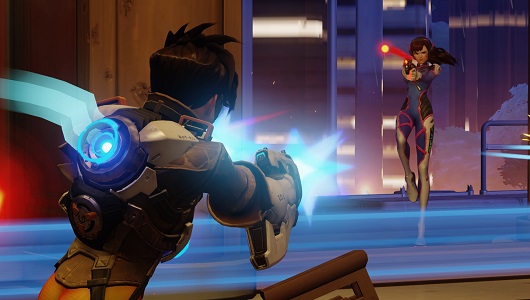 It is also a testament to the game that each character, when played correctly, can almost feel over-powered. If you run into a well-placed Bastion, they can rip your team to shreds. However, every character has weaknesses that can be exploited. In this case, Bastion has limited mobility in his turret form, meaning that quick or elusive players should be able to get around or behind him.

During the beta, I found my character in Pharah. Her rocket launcher, while slower, reminds me of Quake game-play at times. She also has a jump jet to get to higher areas and has a special ability that propels her into the air. Combining these together, especially with her rocket barrage ultimate ability, can greatly help the team whether in taking a point or in defending. Like that though, everyone will be able to find at least one character that suits them from the initial roster of 21. 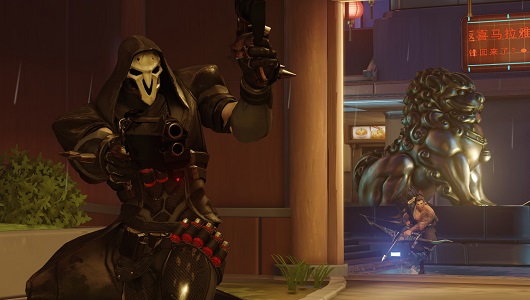 In terms of game modes, the three types (plus the hybrid) I mentioned earlier form the basis of the game. This may feel sparse initially but Blizzard are known for supporting their games so I don’t feel too worried. 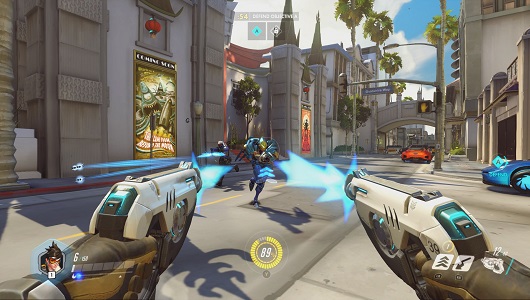 The game is pure fun and playing as a team is refreshingly enjoyable
The roster is varied, with characters to suit everyone
Visually, the game is a treat for the eyes
Despite the promise of more, the initial offering of modes feels sparse

Playing Overwatch with friends will run you through the best and worst emotions of team-play. You will pump your fists in the air when you pull off a perfectly timed ultimate move and grit your teeth in frustration when you lose another objective. In the end though, you will have fun – lots of it.