One of the premier developers Sony has on the books is Housemarque. For years now, they have been producing some of the best games on the platform. From the peerless Super Stardust series, to the excellent RESOGUN, their name has been become a stamp of quality over 20 years in the games industry.

Their latest title, Alienation, was available to play at EGX Rezzed this year and with its impending release, I was eager to try it out.

Alienation sees Earth taken over by Xenos. The infestation is spreading and the last hope humanity has is you. It’s that simple.

While this basic premise forms the starting point for a lot of games, the reason you will not only get Alienation on launch (and continue to play it long after) is its gameplay. Housemarque are masters of their trade and my brief hands-on time was enough to tell me this game is another cracker. One of my favourite games of last year was Helldivers and the amount of times I was reminded of Arrowhead’s masterpiece is enough to sell me. 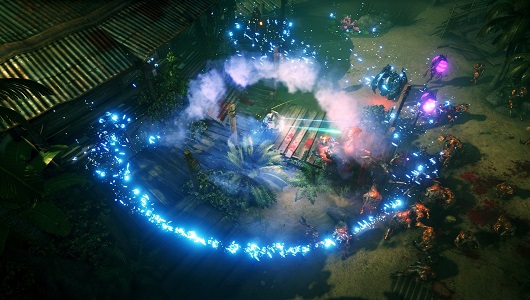 The game features three classes, each with individual attacks and abilities – the Saboteur, the Tank and the Bio-Specialist. No matter the class, you can pick up weapons from enemies in the field and fill three separate slots. For my playthrough, I alternated between a rapid-fire Xenorifle and a slower-but-more-powerful Revolver. A rocket launcher proved to be most useful against harder opponents, as you might imagine.

If there is one area that I noticed significant improvement in Alienation over other twin-stick shooters I have played, it was the camera. During many sessions of Helldivers or Dead Nation, I noticed I was shooting off-screen a lot of the time. However, that seemed entirely absent here. This helped to keep the action enticing and also helped my hapless aiming look even more hapless. 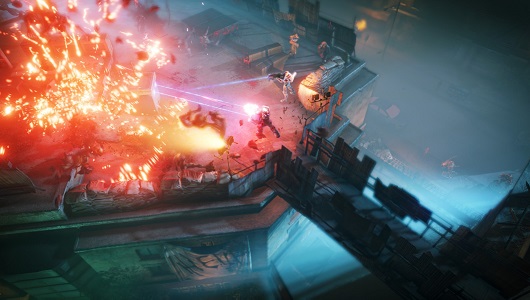 While the game will feature up to four-player co-op as well as a Dark Souls-esque invasion mechanic, my playtime was entirely single-player. It should be noted though that the entire campaign can be played solo or with partners and the multiplayer is drop-in, drop-out – so there won’t be much waiting around. The invasion game-play also sounds like fun and pits you as or against a headhunter character.

In the final game, there will be five large sandbox areas to explore, but my time was spent in the snowy wilds of Alaska. It was only after I finished my demo that I noticed something interesting too. While the guy behind me was loaded into the same level, enemy placements, boss characters and loot drops were entirely procedurally-generated. This should help to keep things fresh and we have also been promised procedurally-generated levels too (though the demo appeared to be restricted in that regard). 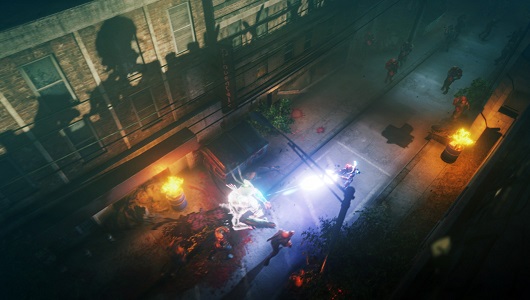 As it was a demo, I only got the barest glimpse at the loot system in the game, as well as character progression elements. Suffice it to say, it looks impressively deep. Others have remarked that Alienation is Diablo III with guns. While I didn’t get enough time to fully justify that expression, I know that it is enough to excite many. Only two more weeks to wait… 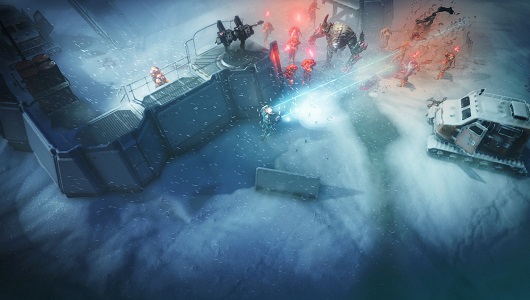