During the recent Vote to Play event, to determine one of the new titles on PlayStation Plus’ Instant Games Collection, players chose between three unique titles. While the eventual winner was the excellent side-scrolling blow em’ up Broforce, I had voted for the oddball Action Henk due to its insane looking game-play.

The other game that almost got my vote was Assault Android Cactus – a game I was contemplating getting anyway. Last year’s Helldivers had made a huge impact on me and I wanted another fun, addictive twin-stick co-operative shooter to play. I got that in spades with Witch Beam’s latest, though it’s not without faults either.

The game begins with Cactus, a reckless police constable android, docking with a civilian space freighter that has mysteriously begun shooting at her. Her docking method involves making a hole in the ship’s hull with her own small vessel. When she escapes the wreckage, she meets androids from the hostile freighter who confirm that the robots on-board have turned rogue. In order to liberate the passengers, Cactus and her reluctant team must forged a path to the central core and reboot the ship’s AI. 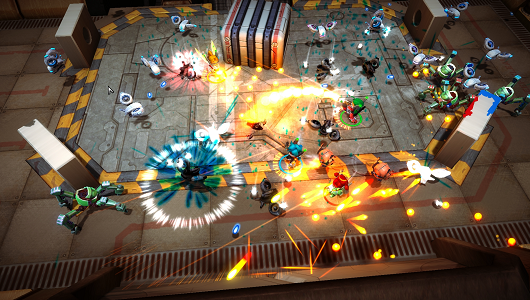 The journey to the core involves making your way through multiple arenas on each level before defeating a boss character to progress. The levels vary from single screen arenas to long hallways or moving platforms. Once you encounter the boss of the area, you need to learn its patterns and weaknesses to defeat it – which is no easy task.

Before tackling an area, you choose from an initial group of four androids, each with different weapons and special attacks. More characters are liberated as you progress and give you more options on how to attack an arena. For me, the laser weapon and guided mini-rockets used by Starch became an early favourite but you will almost certainly find a character to suit your play style too. 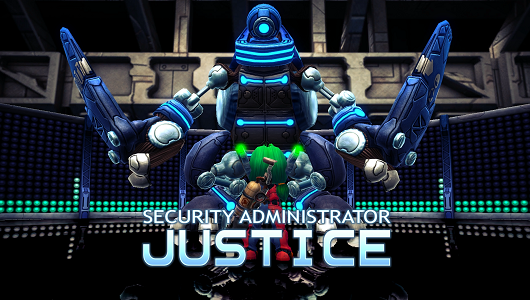 Each level pits you (and up to three couch co-op friends) against a flood of enemy robots. As the match goes on, the screen becomes a kaleidoscope of explosions, bullets and pick-ups. Enemies can drop temporary weapons boosts, speed increases or enemy hacks that freeze the robots in place, hopefully allowing you to catch your breath.

As well as regular pick-ups, a green battery will drop periodically that will recharge you collective cell. As you are androids, you need power just like the robots and as you fight, its power level will drop. Picking up these recharge items is vital, even if you are dominating a boss, if you don’t have enough charge to complete the battle, you’re toast. 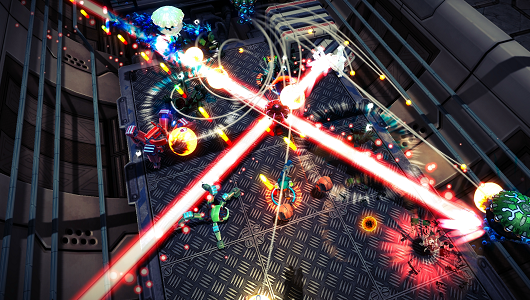 Playing this game is a frantic experience that is only made better by playing with others. This makes the decision to not include online co-op play even more baffling. While PlayStation users will be able to resort to SharePlay in this instance, it just seems like an oversight to not accommodate this feature. 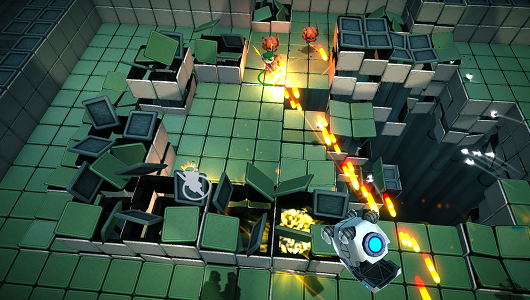 With a pulsing soundtrack, vibrant visuals and kinetic game-play, Assault Android Cactus is an energetic and relentless shooter. The various characters and ever-evolving arenas help to keep you engaged while the overwhelming enemy forces never let you rest. The game is a challenge best enjoyed with friends (when they can call over).