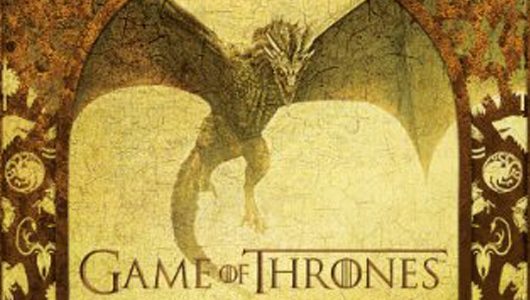 On Monday night I attended a screening to celebrate the release of Game of Thrones season 5 on Blu-Ray and DVD. Held in the beautiful Empire Theatre in Leicester Square, I was invited to see, possibly the best episode of season 5 of the show, episode 8 Hardhome. Watching it again, on a big screen with Dolby Atmos sound, I found myself, once again, getting excited for a new season 6 of the show. My excitement for the show has calmed down after a now almost traditional, end of season ‘so-and-so died’ tantrum and after a year long wait. However, I am once again ready to plummet into the land on tin foil hat theories and join the ‘let’s dissect the trailer shot by shot’ gang. The QA with two members of the cast of the show, Daniel Portman (Podrick Payne) and Ben Crompton (Dolorous Edd) was also an exciting addition to the evening.

Hardhome has probably been one of my favourites episodes from the last season. The episode pace is slow at first, with Dany meeting Tyrion, and banishing Jorah Mormont from Mereen… again. The coming together of Tyrion and Dany has been long awaited throughout the whole last season, and it is great so see an experienced advisor by Dany’s side. Maisie Williams as Arya Stark delivers the best line of the season this episode as well: ‘Oysters, clams and cockles!’ Cersei is imprisoned by Grey Sparrow, and even though I am very well aware of all horrible things she has done in the past, I cannot help but feel bad for the way she get tortured into confessing her sins. Another interesting and exciting scene in the episode, is Sansa finding out from Theon that Bran and Rickon are alive. While she had not had a chance to act on this information before the season ended, I am excited to see if her actions in the upcoming season will be dictated by this revelation. 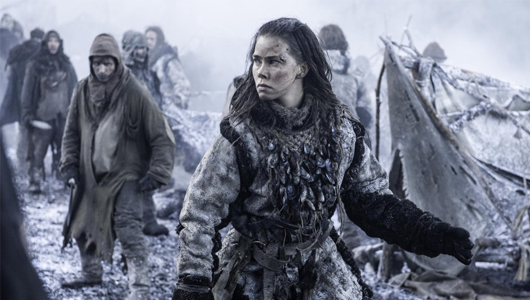 The episode finishes with a sequence that is very well suited for the big screen – the fight of Hardhome. This event has only been briefly mentioned in the books, yet, I think, it is a welcomed addition to the TV show, giving viewers another glance at the Night’s King. From the first time watching this episode, I instantly fell in love with Birgitte Hjort Sorensen, who played one of the wildling chief’s Karsi. Even though she has a very limited time on the screen and is unlikely to return (at least to her former self), her performance was stand out and the last scene with the children was really emotional. Nothing has been spared for the Hardhome sequence. Fighting, stuns, CGI, story and acting were all top notch, creating an incredibly emotional last minutes. This has been further confirmed by Ben Crompton during the QA, who said had they had four cameras at the location, more than for any sequence, to capture the fighting from every angle. 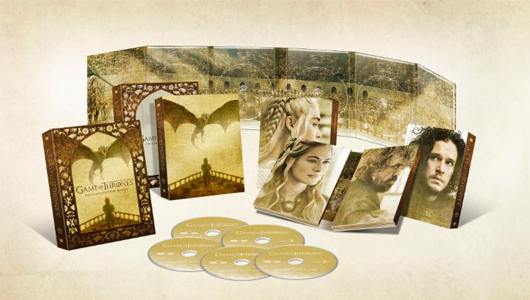 Both Daniel Portman and Ben Crompton were very delightful and funny. During the QA, hosted by the Empire Magazine’s Chris Hewitt, they have shared a few interesting facts about the show and answered some of the questions from the audience. Interesting location trivia: fight of Hardhome was filmed in the old quarry in Ireland located very close to Castle Black and King’s Landing location. Daniel has said that some of the set of another great fight sequence from Blackwater episode of season 2 has survived as well. Ben, of course, was in the Hardhome episode as Dolores Ed, one of the men of the Night’s Watch. He shared that he has a very fond memories of shooting the episode, especially when cast and crew surprised him with cake and congratulations on his birthday. Daniel Portman has also confessed that he couldn’t ride horses before he came on the show – and might have lied about this on his CV. However, he was very clad that Podrick is quite clumsy, as that allowed him not to worry about awkward horse riding or dropping props on the set. On the similar note, Ben Crompton can’t swim. Lucky for him, at the end of episode 8, there was a boat left for Ed, Jon Snow and others, and they didn’t have to swim to the ships, like many other wildlings.

The show overtaking the books, as the topic of the hour, was, of course, discussed. Both cast members were actually quite excited about it. Daniel has been trying to read only the parts in the scrip, where Podrick was present, so he could experience the show as any viewer would. Ben, quite similarly, would also flip through the whole scrip, focusing on his part, and was surprised by certain twists that story took even last season. As both actors have read the books, until a certain point, the new book-show dynamic, has given them the opportunity to stay as spoiled free as one possibly could, while actually working on the show. They were looking forward to being shocked, happy, sad and angry, just like the rest of us.

By the end of the night, 24th April couldn’t come faster. In a meantime, the season 5 DVD and Blu-Ray disks are out now!