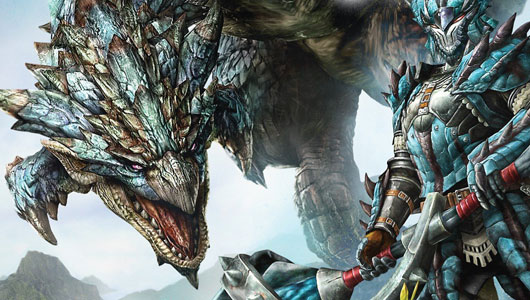 The Dark Souls We Deserve

Dark Souls is, I think we can all admit, one of the greatest franchises in modern gaming history. In an age of straightforward military shooters and ‘content’ filled sandbox games, the Souls Series (By this I mean Demon Souls, Dark souls 1 &2, and Bloodborne, just for clarification’s sake) has dared to be different. A dark, oppressive RPG full of obscure lore and even more obscure mechanics and built around the famously punishing difficulty that occupied that sweet spot between air punching jubilation and screen smashing aggravation, they’ve fast become one of the most iconic franchises in gaming.

They are certainly not to everyone’s taste. The constant air of doom, gloom and misery can wear at even the most hardened player after too long. Plus the difficulty and the near constant threat of immediate and unexpected death can leave some of us feeling a little cold. But all the same, the combat mechanics, the deep layers of hidden story and the beautiful art direction are things which gaming sorely needs more of. But what to do then, if you love everything about Dark Souls except playing it? Well then might I suggest another Japanese action RPG with complicated crafting and epic boss fights? More specifically, might I suggest Monster Hunter?

Although it’s the biggest thing since sliced bread in its native Japan, Monster Hunter hasn’t really caught on in the west in quite the same way. That said, it is hard to fault Capcom’s marketing division too much, because according to their website, the game has sold 28 million units worldwide, making it the biggest selling thing you’ve never heard of. As the title suggests, in this game you hunt monsters. Starting off with little more than a rusty sword, (or Warhammer, or GunLance or whatever one of the games multiple weapon classes you prefer) and pitted against Jaggis, a race of purple velociraptors, until eventually you’re using a gigantic cleaver made of a dragon’s shin bone to brutalise a giant pink gorilla. And that happens within the first three hours. 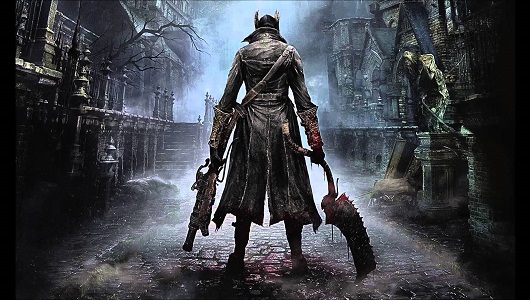 This picture conveys a lot of things. Happy go lucky fun is not one of them.

Monster Hunter is essentially an entire game of boss fights, as each quest gives you the task of hunting and then either capturing or killing, either a large monster or a series of smaller ones.  These monsters can then be turned into crafting materials giving you better armour or weapons to enable you to hunt bigger monsters. And so on, and so forth. Now what does this have in common with Dark Souls I hear you cry? Well almost everything, except the colour palette.

If anyone were to ask me for a one sentence description of Monster Hunter, I’d say that it is like Dark Souls if it was made by Studio Ghibli. The world is bright, colourful and sunny, the characters are a motley crew of elf-eared adventurers and talking cats and you get to ride in a boat shaped like a whale. Where Souls uses the bleakness and morbidity of a world damned to decay and corruption to inspire players to venture deeper into its crumbling labyrinths of madness and despair, Monster Hunter uses the charm and cheery exuberance of the world and all its inhabitants to draw the player into hunting (very) big game.

Beneath the surface they have an awful lot in common. In both, you get to play as a character created avatar with no name and a past that remains hidden, on a quest you don’t entirely understand for no real reason that you can fathom. On top of that, they control in a very similar way, with the third person action combat based on heavy weapons and movements that need to be timed precisely in order to keep from being pounded into the ground by the latest nasty.  And indeed the bosses have a lot in common with each other too. The monstrosities encountered by the protagonist of Dark Souls are misshapen creatures cursed into a life of torment. They also look badass. The creatures you fight in Monster hunter are wild animals designed by (presumably) evolution to occupy a variety of niches and have designs, colours and personalities that reflect them. They also look badass.

Even underneath the apparently happy go lucky aesthetic that MH espouses so readily, it’s difficult not to notice the darker elements of it all. For example the way that, when you finally vanquish a monster and it lies defeated before you, you have to take out your carving knife and purposefully tear out chinks of it’s still twitching flesh in order to carry home and make into a delightful new sword which you can use to hunt down its children and deliver the same grisly fate. And when you spend a dozen hour repeating the process just to earn enough dragon bone to make yourself a new hat, it’s difficult not to feel every bit as guilty as you do after besting Sif in the first Souls game.

Despite all of its apparent simplicity the crafting, items and intricate battle mechanics present in MH are in many ways the equal and in some instances the superior of the Souls franchise. Rather than simply baffling players with an empty menu and a complete lack of instruction, Monster Hunter offers you everything you need to know up front, leaves more for you to discover in its menus and then still has enough depth that you’re going to want to consult a wiki or ask your friends how to make each specific item or pair your armour pieces in a way that leads to the best combination of stat buffs. And don’t even get me started on the whole Poogie thing. 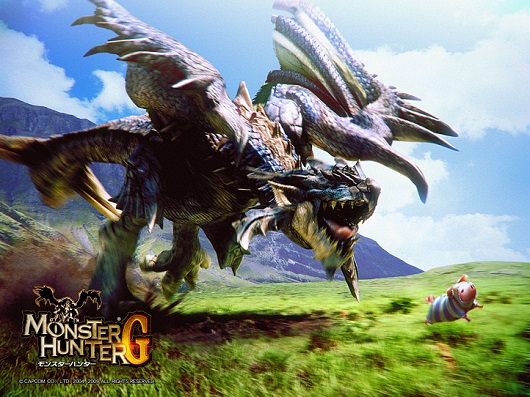 One of these is a Poogie. It’s not the one you think.

Of course, the presentation of the games is vital to the entire experience, and there are plenty of Souls players who aren’t going to enjoy the colourful carnage of MH, and they’re not wrong. But for every player like me who wants to enjoy the franchise’s core ideas in a different setting, it’s good to know there’s an entire series out there dedicated to giving us our fix.  So if your previous outing into Lordran left you cold, why not set sail for the ancient steppe and hunt yourself some shiny new shoes?