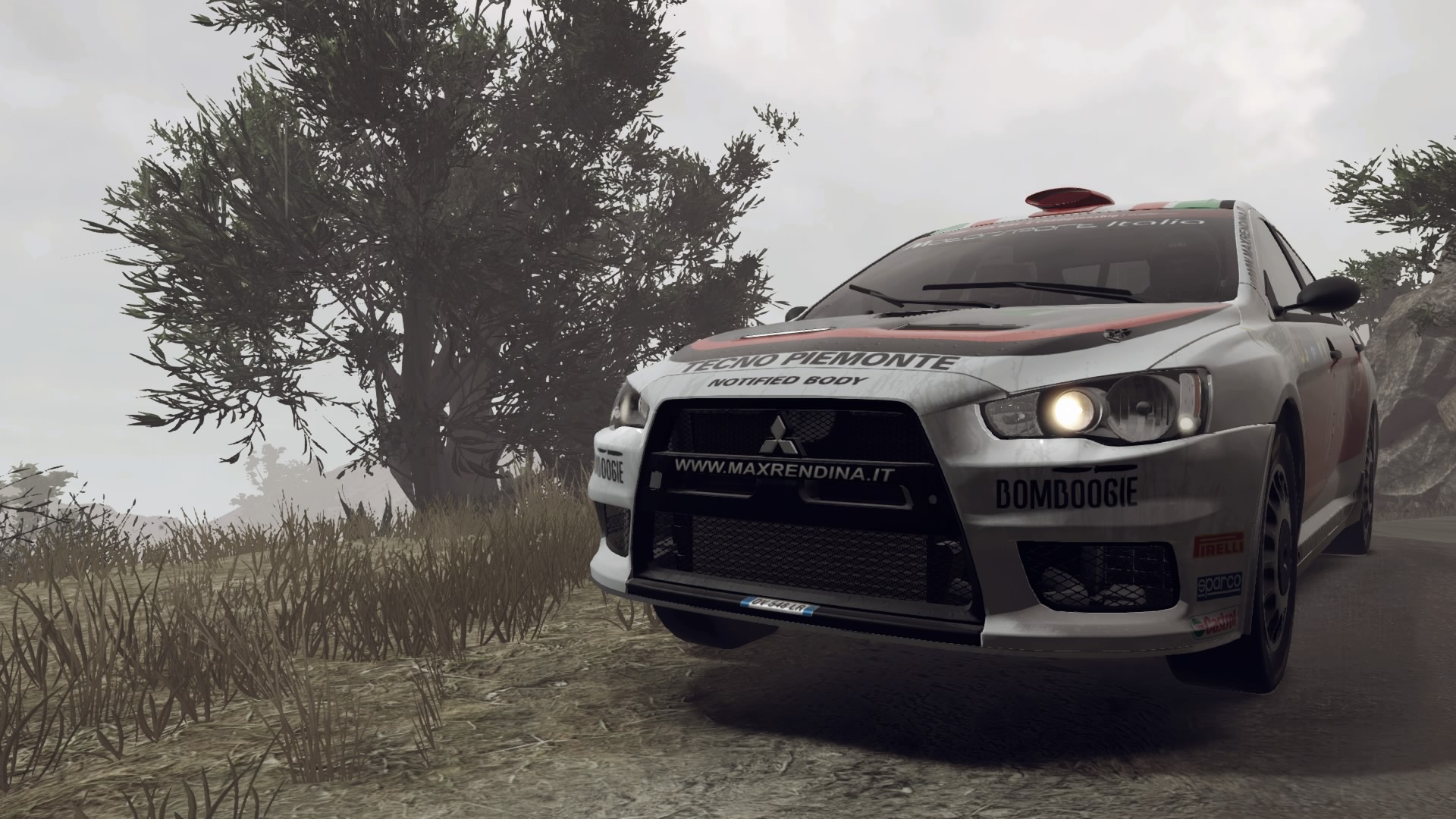 The motorsport licence’s trend of mediocrity continues with an underwhelming next-gen tune-up. Back to Kwik Fit with this one.

The World Rally Championship licence hasn’t been serviced well since Evolution gave up the license to work on MotorStorm, and Codemasters’ technically superior DiRT games dwarfed the series during the last generation of consoles. With a new generation comes a new fighting ground which, thus far, has been free of any serious off-road racers: Codies have swanned off to PC with DiRT Rally. Kyloton Games has the playing field to itself, so you would have hoped that they would have taken more time than they have.

WRC 5 works. It functions. It’s perfectly possible to go from the main menu, which loads admirably, into a race, during which the car’s speed and direction can be altered; in the Career mode there is a palatable sense of progression between tiers in the WRC. The Tesco Everyday Value of rally racing games. 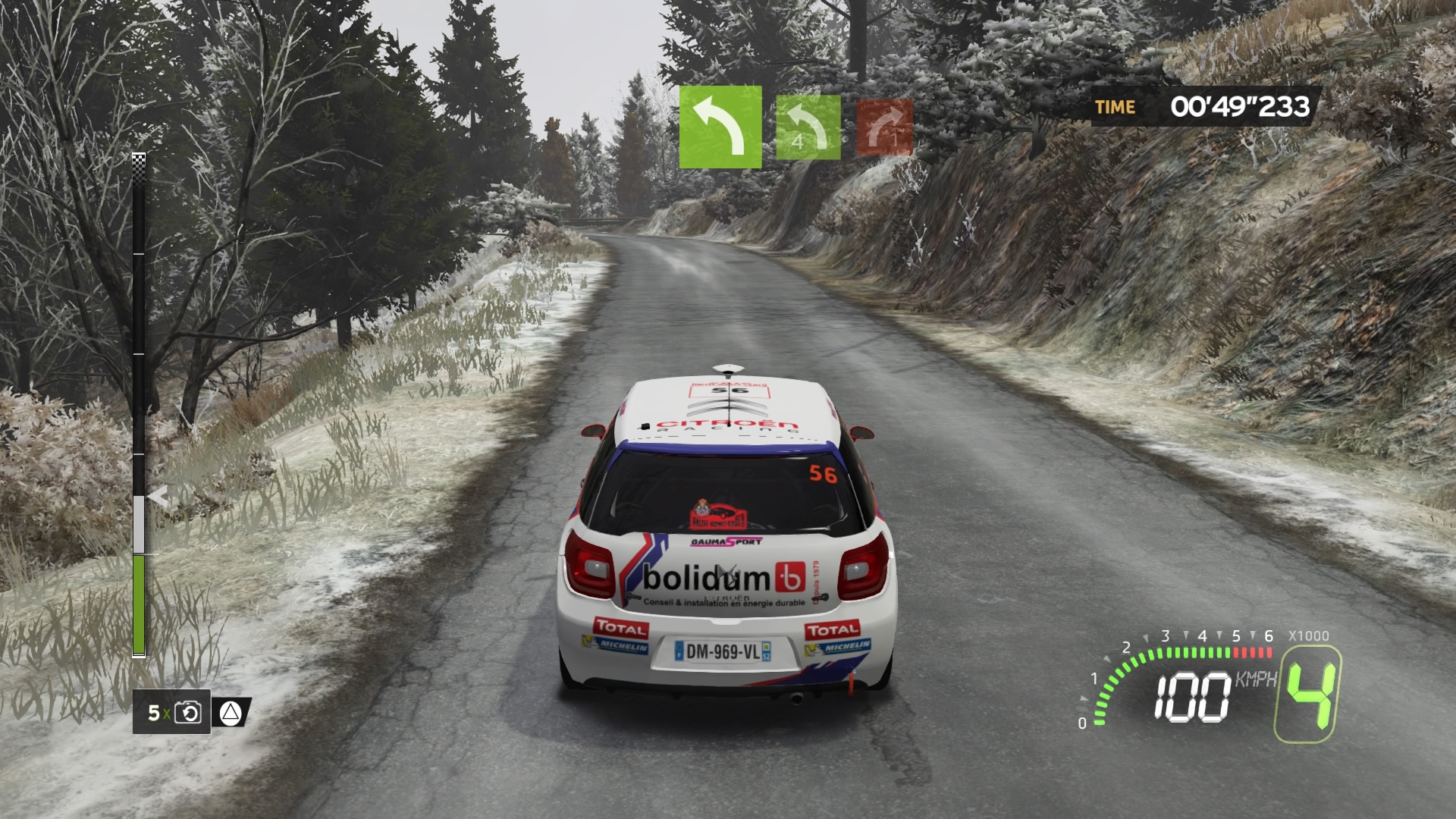 At times, WRC 5’s scenery is acceptable, but it’s mostly inhospitable on a post-apocalyptic scale.

Sometimes, what Kyloton wants to do really adds up. From the plateaus of Mexico to the grey, tense forests of Poland, driving the right car in the right place at breakneck speed is exhilarating. But it doesn’t come enough – refusing to extend beyond mere functionality – and when it does, it’s held back by a number of fundamentally basic design flaws seemingly there to frustrate, restrain and aggravate.

At the core, there’s little to suggest the road surface is changing beneath your car’s wheels, even as the point-to-point stages which make up the roster move from tarmac to gravel to snow. Making it to the end of a stage is as simple as ensuring you don’t leave the road; there’s little challenge, even as you ramp up the realism settings, disabling the braking and steering aids and turning off the traction control.

The co-drivers, an essential aspect of rally driving, stumble over the simplest of directions. Occasionally, their vocal instructions don’t line up with the visual aids on screen, or they call out corners that don’t exist; when driving the faster vehicles they occasionally can’t keep up, skipping over instructions, which leads to an inevitable, crash-shaped disaster.

Kyloton have thought of this, introducing a rewind feature they call Snapshot, in a fatal attempt at keeping up with the Codemasters Joneses. However, where Codies’ rewind feature would stick you ten seconds back to fix your mistake on the fly, Snapshot puts you at the start of the last checkpoint you passed. At a standstill. This leads to bewildering replays where your soar through the French countryside and, without warning, come to a complete stop, showing where you’ve Snapshotted after soaring off the course. 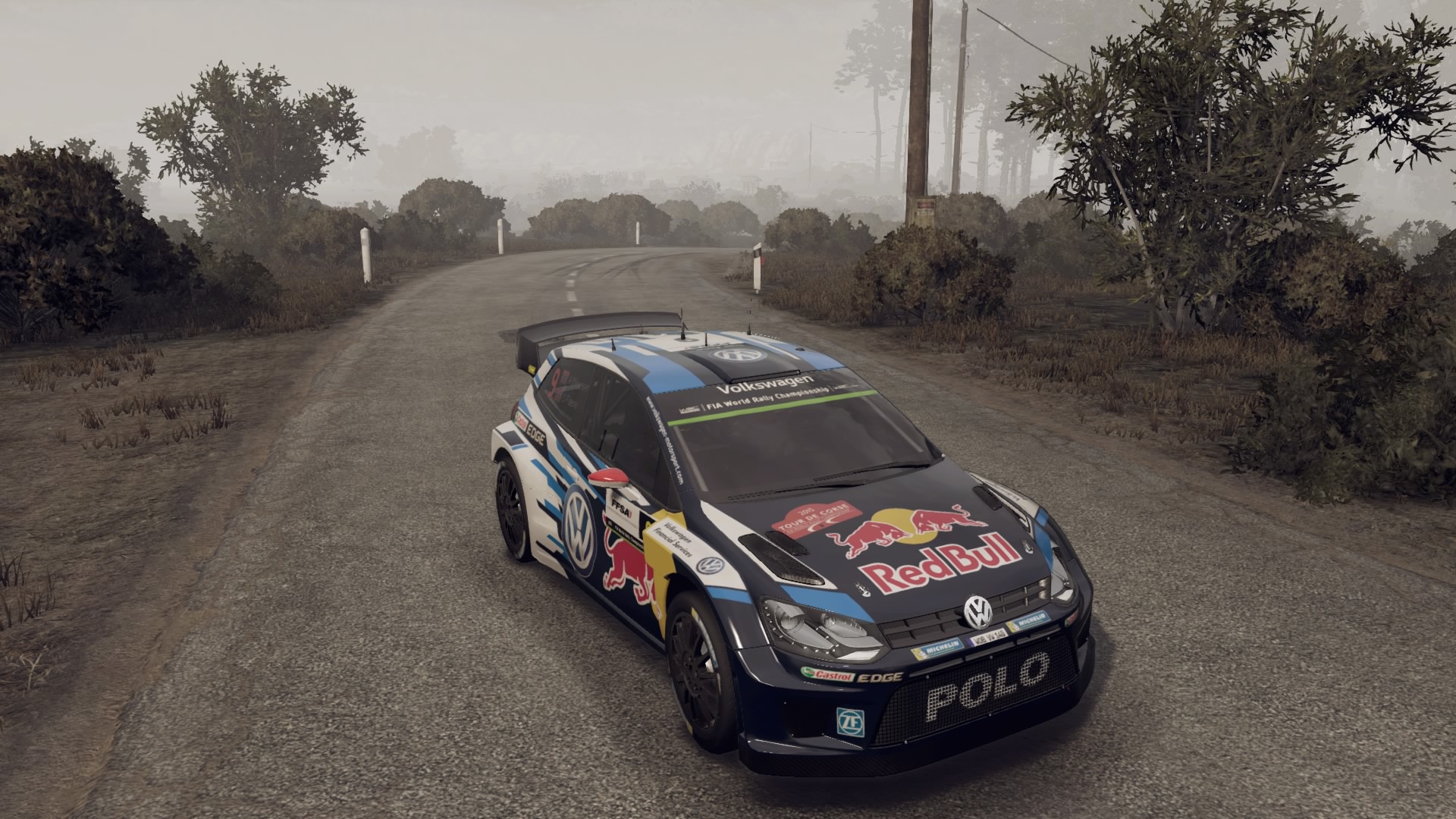 We didn’t even need to a put a “next-gen” brown ‘n bloom filter on this. It really is this plain.

The telltale signs of low-budget, license-powered functionality creep in the more you pry into WRC 5’s underpinnings. Regardless of how you drive, you’ll find yourself a split-second ahead of your competitors. The scenery, and car models, are miserable; it looks like an HD remaster of a last-gen game.

If the car is damaged, the co-driver shouts “ow!” – ideal to hear when you clip a fence, not so when car parts degrade by themselves and your co-driver sounds as if they’ve got a sudden onset of tummy ache. Even the rev counter hits the redline long before the actual engine does – above all else, that probably presents an issue for players hard of hearing who’d like to give manual transmission a shot. Everywhere you look, the game is littered with ennui.

Beyond the most basic of functions, there’s little to inspire or enjoy, save for the occasional moment of adrenalin-soaked, high-speed twitch driving. What this has going for it is that it is the only player in its field – but down the line, this won’t be enough to save this low-budget, full-price rally title from being sent to the scrapyard.