Ever since the original Metal Gear Solid got its hooks in me, the series has ranked as one of my favourites. The well-produced but insane storyline, charismatic cast of characters and memorable sequences that demolish the fourth wall, all combine to create a unique product that can be most succinctly be described as ‘A Hideo Kojima Game’. The master returns to the series, seemingly for the last time, with Metal Gear Solid V: The Phantom Pain which concludes the ‘Big Boss’ trilogy and the franchise’s main story arc.

Picking up where Ground Zeroes left off, Big Boss wakes from a nine year coma. His body is peppered with shrapnel from the explosion and subsequent helicopter crash, he has lost his left forearm and despite the fact he has only just woken up, people are already on the way to kill him. You are whisked away by the mysterious Ishmael, encounter the equally mysterious ‘Man on Fire’ – who appears to bear a grudge against you – before finally escaping the devastated hospital that housed you only to crash violently on the way out… all within the first hour. To say that The Phantom Pain starts with a bang is an understatement. 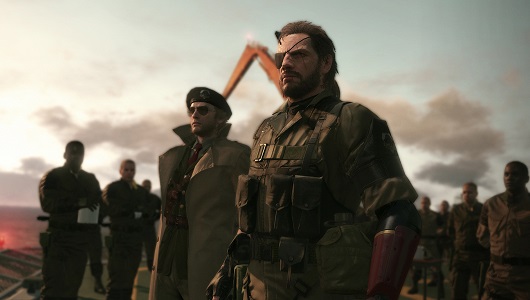 Things do slow down considerably from here though. You meet up with your latest ally, Revolver Ocelot and journey to Afghanistan to rescue your brother in arms (excuse the pun), Kazuhira Miller. This opening mission introduces you (or re-introduces, if you have already completed Ground Zeroes) to the core mechanics of Metal Gear Solid V, including reconnaissance, stealth infiltrations and, when the horse manure hits the radar installation, all-out combat. From the first entry in the series, game-play has always been adequate – but MGSV is the first to truly excel in this area. The controls are tight, precise and intuitive.

For anyone who skipped Metal Gear Solid: Peace Walker, V may seem like a dramatic departure for the series. “Who put a base-building, resource management meta-game in my stealth action title?!” Well, Hideo did – and the game is much better for it. Taking on a semi open-world with a stealth game seemed odd at first but Kojima Productions have successfully pulled it off. You are dropped in via helicopter to the mission area and left to take on the task in whatever way you like. The resource management aspect of the game could have been an after-thought – instead missions can often take hours to complete, not due to difficulty but because you spent so much time Fulton-recovering soldiers and collect containers of fuel resources! 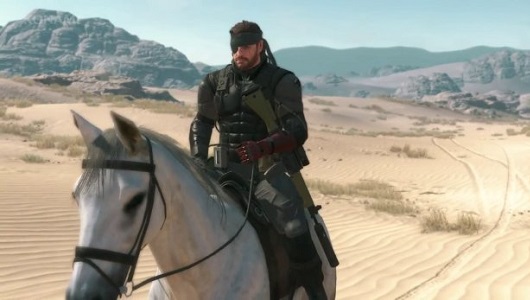 You want more staff to level up your various departments (Research and Development, Base Development, Medical etc.) to unlock new weapons and items; these in turn make capturing outposts and capturing soldiers and animals easier; this increases your levels once again and the cycle continues. I am not normally one who deep-dives into resource management games but the instant rewards and constant feeling of progression turned my desire to improve my base into an obsession.

As well as weapons and items for yourself, you can also upgrade the equipment your Buddies use in the field. D-Horse, your primary mode of transportation in the vast open world, can be outfitted with armour, as can D-Dog, the cute and cuddly spotter on your roster. You can develop actual clothes for Quiet and hence avoid the awkward stares from your friends and family as you play! Even D-Walker becomes somewhat useful after you develop his head arms and weaponry. 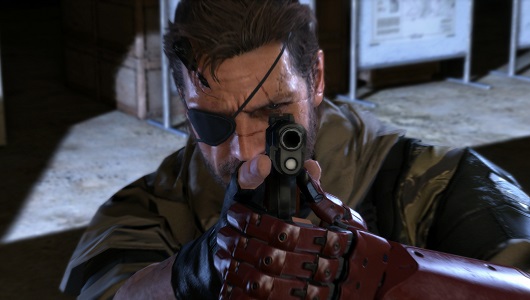 Once again, if you skimped on Peace Walker, the way the story is told to you may come off as down-right stingy in MGS terms. Avoiding long, unskippable codec conversations, you are instead treated to well-produced cut-scenes to provide the bare essentials in terms of exposition, with cassette tapes used to fill in the blanks. I personally prefer this approach as it allows me to catch up on the in-depth elements of the story while completing side-ops.

Unlike almost every Metal Gear before it, The Phantom Pain is not let down by game-play issues. In fact, the aspect of the game I enjoy most is the moment-to-moment play. Issues arise when you look at the story. I won’t spoil anything in this regard – I will simply state that it has become clear since launch that aspects of the game were cut; however, even if these stories had not broke, anyone who completed the game would be able to tell there was something missing. This is especially disappointing when you consider that we are unlikely to see Kojima get the chance to finish the story the way he really wanted to. 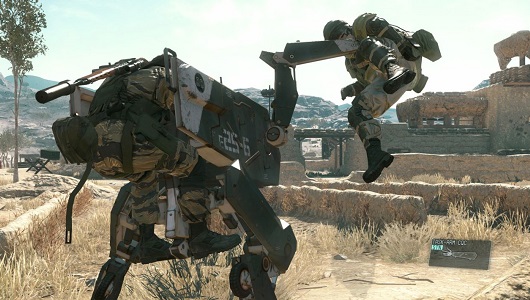 I would like to cover the online side of the game too but to be honest, I have only managed to get a handful of games in. The servers are temperamental, there is no host migration and looking for games can take minutes rather than seconds. Regardless, the few games I have got to play were a lot of fun and the matches seem relatively well-balanced. I’m confident the server situation will be resolved. When it is, I’ll be jumping in for more.

Responsive, tight controls and mechanics
A compelling base management aspect to the game
Exceptional production values and score
The latter half of the game feels rushed and unfinished
I do not feel ashamed of my words or deeds regarding Quiet

Despite my issues with the latter half of Metal Gear Solid V: The Phantom Pain, I still consider it one of the best games I have played this year. Even post-completion, I am still playing the single player and enjoying the multiplayer (when it works). I’m not sure what Hideo Kojima will do next – but based on the trajectory of this series – it is likely to be the Carlsberg of video games!