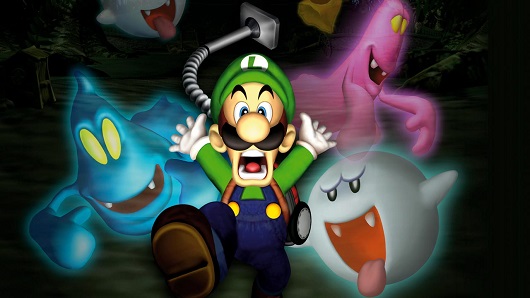 Of all the genres in videogames, few are more dependent on a good location than horror. You can have all the jump scares and psychological manipulation you want, but if your atmosphere is not up to snuff then it won’t make a difference. There are many well-known and in some cases legendary locales from plenty of different franchises designed to send a chill down your spine: Everyone knows that ‘we don’t go to Ravenholme’ and that Silent Hill is not the sort of place you want to get lost in. From Mount Massive Asylum in Outlast to the Village of the Plagas in Resident Evil 4, a horror game is only as good as its setting.

But what about the less famous examples of spooktackular game design? The roads ever so wisely less travelled. Some of them are in places that you would not expect, and it is entirely possible that some of them are areas that you never really thought about as frightening.  But allow yourself to be convinced, and you might just find yourself with some new nightmares this Halloween.

But nightmares in a good way obviously 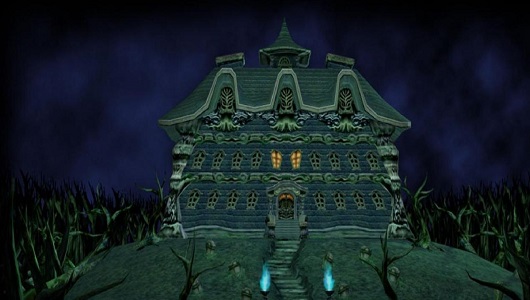 This takes the term ‘fixer up’er to whole new levels

After spending the first couple of decades as the sidekick to the most famous plumber in history, it was only a matter of time before Luigi Mario (that’s his full name, look it up) was given his own title to front. Luigi’s Mansion was one of the GameCube’s first games and perfectly encapsulated hat was wonderful about Nintendo games in general and that console in particular. Quirky, charming and offbeat, adjectives that apply as much to the game as whole as they do to the mansion which formed its sole location. From the basement, to the attic, there dozens of ghost ghouls and Boos which haunt the mansion are just waiting to be exorcised. Sure this is one of the more child friendly additions on the list, but truthfully, who loves Halloween more than children? 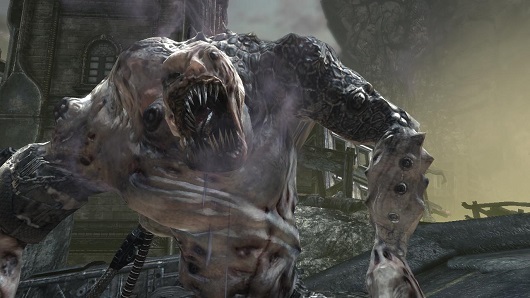 Kill it with FIRE etc…

Gear of War is not a franchise renowned more for its steroid powered hyper masculine action than its horror, but the series has always had one foot in the open grave of survival horror. Gear 2 is probably the best of the series to date, and one of the creepiest locations Marcus Fenix and the Delta Squad dudebros explore, aside from the intestinal tract of a giant worm, has to be the New Hope Research Facility. Filled with stasis tanks containing the preserved Sires, mutant humans exposed to the toxic Imulsion parasite, and crawling with vicious mindless Wretches, the base would be intimidating enough on its own.  But once the stasis is lifted and the Sires get free, then it becomes a rush to escape the monsters rather than chainsaw them in half for giggles. New Hope is never mentioned again in the core games, and I can only assume that’s because Delta Squad were just too scared to talk about it. 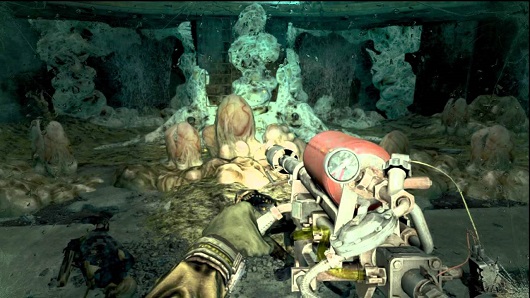 This is what happens when you leave stilton in your fridge for too long.

The Fallout games are well known for showing what happens to America in the wake of nuclear devastation, but the rest of the world seems to get missed out. With good reason, reason, if the Metro series is anything to go by. While the USA survives the apocalypse as a 50’s themed morally complex theme park, Russia seems to have descended into a subterranean hell hole, where the few survivors radicalise into fascist and communist factions vying for control of the ever dwindling resources. All that, and there’s a legion of hideous irradiated monstrosities waiting in the dark of the Metro tunnels. It is bad enough being attacked from all sides by a pack of slavering Watchmen, but venturing in the moist, web coated depths of the metro in search of supplies is very likely to mean an encounter with disgusting, loathsome Spiderbugs. As a quick description, imagine an arachnophobic’s worst nightmare, and then make it bigger and slimier. Easily the best reason for avoiding nuclear war is living in a world without them. But this place is both literally and metaphorically crawling with them. 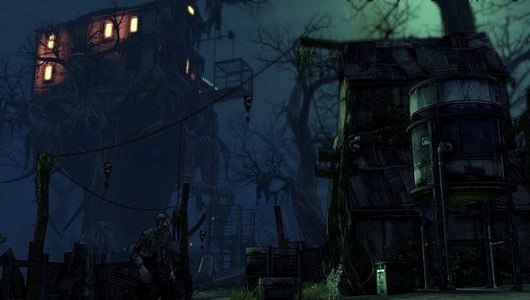 There really is no rest for the wicked.

Borderlands is not universally beloved, and the DLC for the original game ran the gamut from fantastic all the way to pointless and mediocre. Thankfully, the Zombie Island of Dr Ned is closer to the former definition than the latter. Arriving in the former logging town of Jakob’s Cove, your vault hunters are charged with clearing away the reanimated dead and investigating the origin of the plague that caused it. In stark contrast to the deserts and mountains that make up the rest of the Borderlands world, Jakob’s Cove and the surrounding areas are in the centre of a primeval forest drenched in perpetual night and lit by an eerie green glow. Also distinct from the main game and the other DLC is the tone. Although it features some of the funniest writing anywhere in the Borderlands universe, there’s a constant air of threat and malice. The only place you’re safe from the relentless undead hordes is in the town of Jakob’s Cove itself, and even then only because of all the gun turrets. And instead of being able to teleport between important locations, your only option is to trudge through deeply unsafe territory to get back home. If you really want to give yourself the willies, play the entire DLC on your own. But maybe bring a friend. If only so you have someone to hide behind.