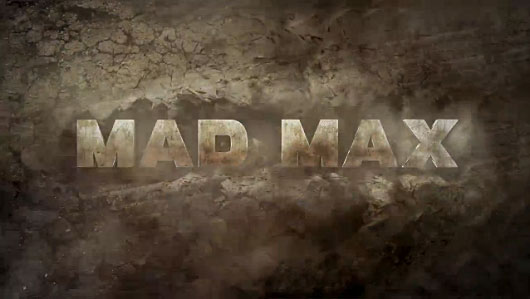 Mad Max is another open world title from the studio behind Just Cause 2, which serves as a worthy entry to an iconic series, as well as forging its own high-octane path through the most unique post-apocalypse since the Capital Wasteland.

Mad Max is a tricky beast to categorise, much like its protagonist. What seems like just another open world game, replete with ‘content’ and meaningless busy work is also married to some of the most enjoyable methods of transportation in recent videogame history and s story that manages to surprise right up until the last moment.

The story opening to the game has a lot of similarity to the recent movie Fury Road. Max is travelling through the wasteland, searching for some solace and freedom from the waking nightmare that is his life when he’s ambushed by some raiders and promptly finds his car and all his provisions destroyed. Left for dead in the wilderness he encounters a mechanic named Chumbucket who proposes a deal: help him finish the construction of his Magnum Opus, the greatest car ever devised, and Max can use it to complete his journey – and so the two of them set off on a grand adventure that will probably in no way end in misery and suffering.

Now you may be thinking that my summary of the game makes it sound like a buddy road trip, full of wacky characters and interesting locales, and in a sense you would be right. However, in the world of Mad Max, things are rarely that simple. This is a true post-apocalypse; where all society has broken down save for the tribes of vicious bandits. There’s no Borderlands style humour here, the closest thing the inhabitants of this world seem to have to a fun pass time is running each other over. This is a world that plenty of games have imitated, from the aforementioned gearbox series to id’s less than favourably remembered RAGE, and as a result some of the design elements and flavour can feel a little worn out. But this is undoubtedly the best realisation of those themes and their accompanying design. It’s not the most original wasteland ever, simply because the original movies inspired all those that have come since.

However the story does manage to surprise at various points. At one point the game I thought I’d finished the main quest line, only to find out that there was still an awful lot more for me to do – which was no bad thing.

The bulk of the game-play in Mad Max is based around the Magnum Opus. It starts as little more than a few bits of rusty pipe and four wooden wheels and by the end of the game is a supercharged V8 murder machine ™. You can upgrade and customise the car in a variety of different ways, and each upgrade will have some kind of effect on performance. You can jump straight to the heaviest armour for all around defence, but that will have a seriously detrimental effect on your acceleration and handling for example. Or you could opt for road slick tires to give your cornering a much needed boost, but you’ll find yourself reduced to a crawl if you try and take your Opus off road. There are also numerous cosmetic changes you can make, with 5 different body designs to collect and switch between at will, and a variety of decals you can spray paint onto your machine to make it truly feel like yours. This is my Magnum Opus. There are many like it, but this one is mine…

Exploring the open world will show up enemy encampments, minefields and sundry bad stuff. These need to be destroyed, either on foot or in the Opus to lower the threat level in the area and unlock new upgrades for the car. Completing camps, destroying enemy vehicles and exploring will generate scrap that can be used to craft new upgrades. There are also strongholds which can be upgrades to give you benefits when you arrive at them, such as restoring Max’s health or refuelling the Magnum Opus.

It’s just as well that car combat forms the bulk of the game-play, as it is where the game truly shines – as well as being by far the fastest and most reliable way to travel from A to B, it can be used in a variety of offensive ways against your enemies. You can ram them head on, use spiked wheels to grind away at their defences or use max’s trusty shotgun to detonate their fuel tanks. There’s also the harpoon, by far the most fun of the weapons, which can be used for everything from pulling down enemy fortifications to spearing and dragging rival drivers behind your car like a grisly trophy. For all the open world games that feature driving as a major component, from GTA to Watch_Dogs, Mad Max has the most fun with it, giving you a sense of power behind the wheel and your car a personality all of its own.

Out of the car however, the game is a little less spectacular. The hand to hand combat is a simplified version of the one found in Arkham series and more recently in Shadow of Mordor. Given that these are Warner Bros Interactive titles this is hardly surprising, since they seem to not want to fix what is not broken. It’s perfectly functional, and there are some upgrades that allow for some rather satisfying finishing moves, but it’s also nothing spectacular. The on foot sections are brief for the most part, but in some cases can drag on a little too long.

From a technical point of view, Mad Max is easily one of the most competent open world games in recent memory. For the entire 30 hours I played I struggled to encounter a single glitch, physics error or any other kind of problem. The PC port is marvellous, for those of you who care about that sort of thing, with buttery smooth framerates and rather spectacular effects. To showcase these to the best effect I would recommend driving headfirst into a sandstorm and marvelling at the lightning. This game was undoubtedly going to prove divisive in terms of reviews, because for the most part, the gameplay and the mechanics are virtually identical to all of the open world games that have be released in the last few years. I put about 30 hours into Mad Max to get a decent amount of overall completion, and there’s lots of side objectives that I’ve not so much as touched, simply because I don’t feel they deserve my time. But on the other hand, I spent all that time playing this game because the story grabbed me, the plight of the world gripped me, and blowing up dune buggies with an exploding harpoon is an immense amount of fun.

And that’s what this game boils down to, at its basest levels – an awful lot of fun. The car combat is fast, frenetic, and unique in the current crop of games. Despite all the filler there’s a genuinely awesome game present here and if you power through the first little bit of filler you’ll find yourself having the time of your life.