During gamescom, Big Red Barrel was invited to get an early look at the new Master of Orion, published by Wargaming. If you’re unfamiliar with Wargaming, they are the publisher and developer of World of Tanks, World of Warships and World of Warplanes.

Surprisingly for many, Master of Orion will be full-price and not Free2Play, a different model for the publisher. During our presentation we got a glimpse behind the curtain and how the purchase came to be. When Atari auctioned off their properties in 2013 Wargaming acquired the rights to Master of Orion. They compared it to buying a Picasso painting and a piece of their gaming history. At first the company didn’t really know what to do with their new IP.

That’s when they partnered up with Argentinian developer NGD Studios. In order to make the reboot stay true to the original Master of Orion they brought on some of the former developers as consultants. Former producers, art directors and even the original composer are working on the game. Wargaming’s passion for the game can be seen everywhere. 10 of the original races are playable and the made sure that all story of the new game fits in with the ones from the previous ones. 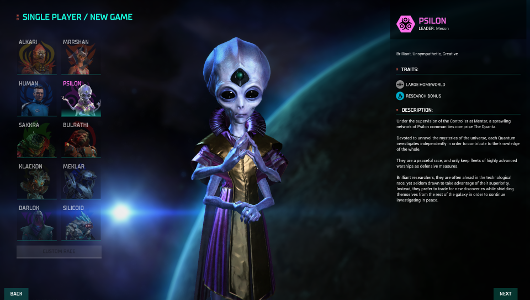 For those of you who are unfamiliar with the Master of Orion series, let me take you on a trip into gaming’s past. In 1993 the first part of the 4X-sci-fi turn-based-strategy series was released for MS-DOS and Mac OS. The game was a huge hit and three years later a sequel was released. It was also a huge success, so successful that it spawned another sequel in 2003. The third game in the series was for most players the worst in the series. After that point the series was abandoned until Wargaming revived it.

From the material I’ve seen the game is very reminiscing of Civilization 5. During our presentation we only saw a bit of gameplay, the first turn of a game and a more advanced save game. As a veteran of Civ 5, it all felt quite familiar. The game reminded you to build something on your planet, move your units and choose a technology to research. Exactly like in Civilization 5.If you look at the screenshots in this article you might notice some similarities with Civ 5 in the UI as well. When starting out you also get a bunch of ships to start your space empire: three frigates, a scout and a colony-ship. With those ships you will be able to explore new planets and become the mightiest in the universe. 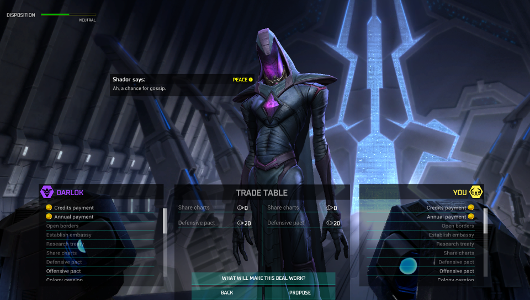 To be honest, Master of Orion left me a bit cold – mainly because we didn’t get to see much of the game. I am one of those people who hasn’t played the original games, so I have no nostalgia for the franchise whatsoever. We’ll have to see what the future holds for Master of Orion and hopefully we can give you more information on the game next gamescom. 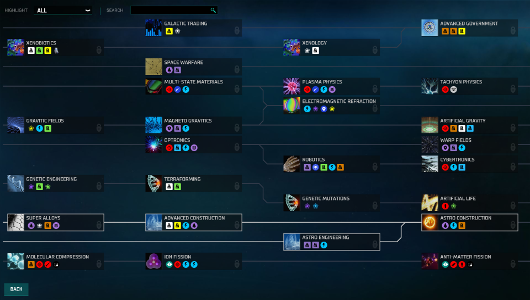