The Tales from the Borderlands train is proceeding full steam ahead – going into the game’s penultimate episode off the back of one of Telltale’s strongest episodes to date. I am happy to report that Escape Plan Bravo, the fourth episode in the series, picks up just where Catch a Ride left off and keeps the story and quips rolling.

Tales from the Borderlands has leap-frogged The Walking Dead Season 1 as my favourite Telltale game so far – they just need to stick the landing. It is the most consistent game they have made, and if you are on the fence about this genre, here is the perfect station to jump aboard.

The story approaches its conclusion in Escape Plan Bravo, with our band of heroes forced to work with a particularly cruel individual to infiltrate the Hyperion moon base, Helios. The goal is to find the vault beacon Gortys needs to find… well, the vault! Of course, getting from Pandora to its moon presents its own set of challenges but our dynamic duo are up to the task. 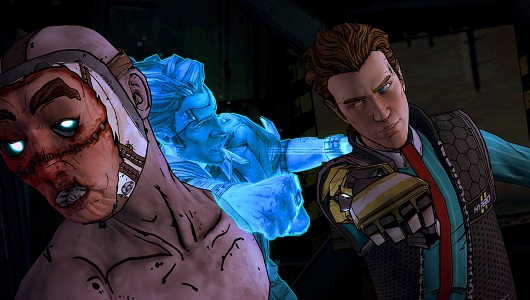 Once again, Troy Baker and Laura Bailey are superb, in the frequent comedy scenes as well as the surprisingly touching dramatic moments. However, I think special mention must be made for Ashley Johnson in the role of Gortys. She is outstanding as the naïve and innocent robot whose life experience amounts to a few hours. In other hands, the character could be annoying but Johnson and the writers make it one of the most lovable Telltale have ever created. 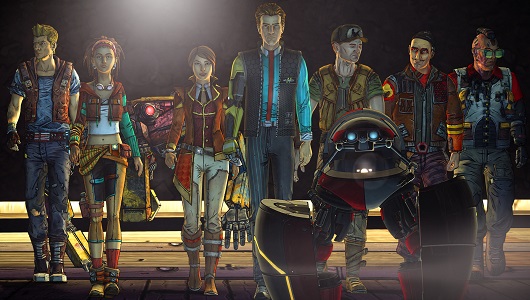 There are no major game-play additions to this episode but the sequences that you do play through are certainly entertaining. One particularly memorable scene involves an action-packed shootout that not only had me grinning from ear to ear from its observations of corporate culture but it was also fun to play. 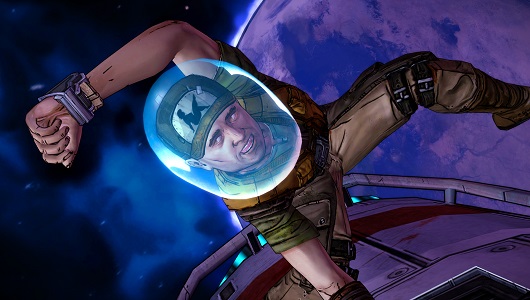 Having played Life is Strange recently, the choices you make feel less impactful in Telltale games. Tales from the Borderlands is no different but the characters and story help to make this a trivial complaint. While I would like more agency based on the decisions I make, I cannot deny that I am enjoying the journey regardless. 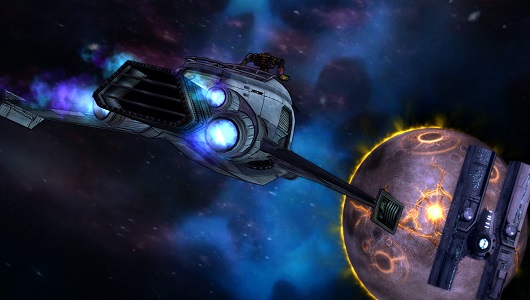 The regular game engine complaint needs to be raised again as I genuinely believe it is impacting just how well these games are being received. When you are being distracted by stuttering and sound drops instead of paying attention to the dialogue, the overall experience is most kindly described as annoying. At this stage, with all of the franchises they have on the go, the chances of Telltale revamping their engine are slim. However, the longer this goes on, the less patient gamers will be – and we are not a group renowned for our patience!

Some of the funniest as well as touching scenes in the series so far
Ashley Johnson is particularly good this episode
ONLY ONE MORE LEFT!
Only one more left… 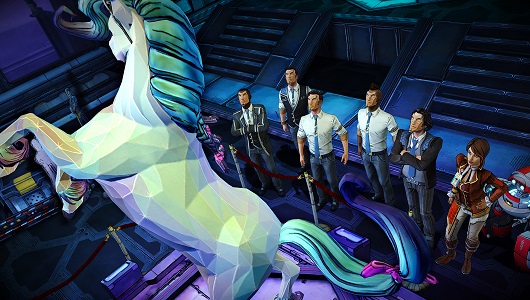 Escape Plan Bravo follows one of the strongest episodes Telltale has ever created with an equally good addition to the Tales from the Borderlands series. It manages to tell its own caper tale well whilst also teeing up the finale. Telltale may have a Game of the Year contender on its hands – so long as they do not go off the rails.

The review copy of this title was provided by Telltale Games.
Official Game Site