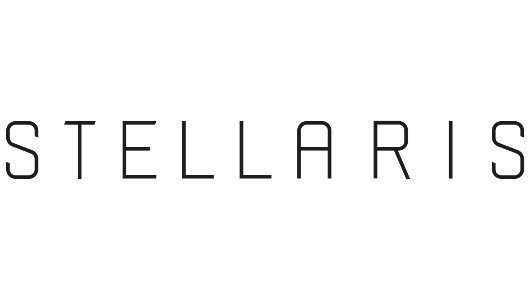 Games made by Paradox Development Studio are the kinds of games I really want to get into. Games like Crusader Kings II or Europa Universalis IV are grand strategy games that teach the player so much about the times the games are set in. My problem is that I’m a bit lazy and don’t want to read loads of tutorials to get into a game. Exactly for this reason I am excited about their new game Stellaris. It’ll still be a strategy game with the depth of their previous games, only more accessible and in space.

So what is Stellaris exactly? Well, it’s a sci-fi-4X strategy game. As I said, I’m excited as it’ll be more accessible and easier to get into. Every player will have the same start, one planet and a bunch of space ships. The planet screen is a bit similar to Civilization 5, as it’s tiles with different resources on it. On these tiles you put your populous to work. Their might be some objects on the planets that stop you from working on them, in the demo there were some wild animals roaming the planets. If these aren’t dealt with, they might multiply and become a huge problem on this planet. But of course, as you play an advanced civilization, you don’t just have people stand in the countryside and harvest resources. You need some buildings to do that. When constructing new buildings it’s vital to remember where you put them, as placing similar buildings next to each other will give them an adjacency bonus.

Your homely little starting planet isn’t the only one you have to keep an eye out for. As you are in a huge galaxy with hundreds of stars, there is much to be explored. And who will do that? Your science ship of course. Every one of the ships has a leader with specific traits and skills. These can grant the science ships new options when discovering planets or even life. In Stellaris you won’t discover new technologies by researching them on a predetermined skill tree. The technologies will be randomly generated. The developers explained compared this mechanic with a deck of cards. By doing missions the player will be able to unlock new cards, some of these will only be unlockable by scientists with specific traits. 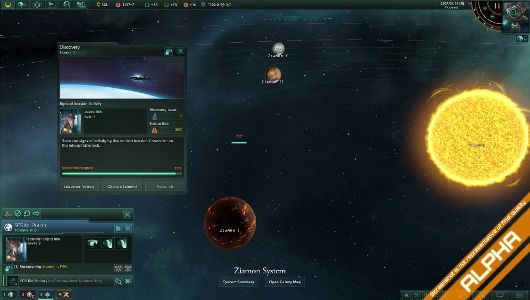 Exploring the galaxy will be different on every playthrough, as each one is randomly generated. You’ll also probably not meet the same alien races again. The developers made 100 different alien portraits, with bird-like and squid-people as example. But only a picture doesn’t make a race. They need traits. The player controlled humans in our demo were xenophobic and quite war oriented, this gave them the option to enslave a planet’s population or commit genocide on them.

As there are lots of different aliens in the galaxy and all of them are quite different, diplomacy will play a massive role in the game. You might want to play as a warring space dictator, but other civilizations will pick up on that and increasingly distrust you. And you don’t want that, do you? You should rather be a good neighbour and be peaceful and diplomatic. To increase your diplomatic power you can establish federations with other civilizations and try to become the leader of it. This will get you a lot of influence over others. 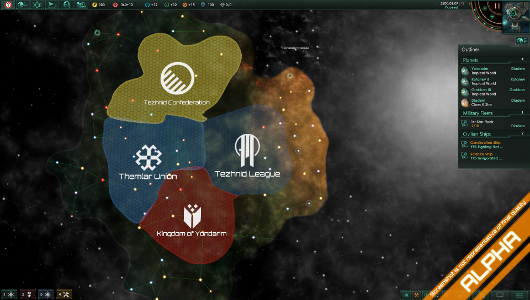 But if everything else fails, you can still send your fleet to the enemy and blow them to smithereens. Though you won’t be able to directly control your ships. Once they are in range of enemies the AI will take over and you can only watch their victory or demise. Watching a fight is actually pretty fun. The ships are modelled quite beautifully and they even lose some bits during the battle. This debris is quite important for the winner of a space battle, as new technologies can be researched with alien debris. You can also customize the ships, to make them better in combat.

Grand strategy games like this can get quite boring in the end, when you have all of the power and no other goals to strife to. The developers know this and build the built the galactic crises system for the end game. As the game progresses these crises will erupt in the galaxy and it will take a huge amount of effort from you and other aliens to deal with this. During our demo the developers gave us two examples of one of these crises: An AI uprising and wormholes with creatures from hell. If you haven’t guessed yet, I am really looking forward to this game. It sounds like it’ll have amazing replay value and every player will have different stories to tell about the game. Maybe you don’t really like playing games by your self. Well, Stellaris has you covered. It will be possible to play with 32 other people.

If you’d like to hear me ramble on about the game some more, why don’t you check out the latest BRB UK with yours truly.