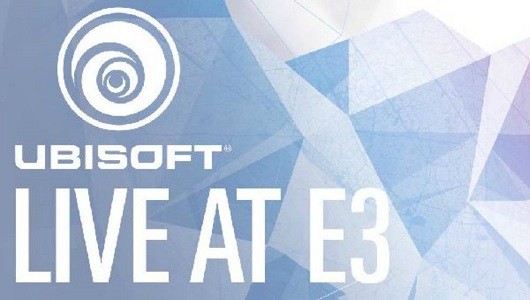 After the year Ubisoft has had, they really needed to hit this year’s E3 Press Conference out of the park – opening on South Park was certainly a good way to start.

Following on from The Stick of Truth, Matt Stone and Trey Parker’s latest foray into video games is South Park: The Fractured But Whole. After giggling like a school girl, I composed myself enough to take in the rest of the trailer. The game will still be an RPG but they have decided to leave behind the fantasy trappings of Stick of Truth, instead choosing to embrace the superhero genre with Coon and Friends.

After acknowledging the ‘online teabagging’ Ubisoft have received of late, Aisha Tyler summoned Yves Guillemot to the stage to introduce their first new IP of the year, For Honor. After a captivating cinematic trailer, a four-player multiplayer session was played, showing off the game’s intense melee combat. This reminded me of a mix between Bloodborne‘s precise combat and the scale of Dynasty Warriors.

Expansions made up the next section of the conference, with The Crew: Wild Run and Trials Fusion: Awesome Level Max – featuring a cat, with a gun, riding a fire-breathing unicorn. Enough said.

After being delayed a few too many times, The Division made a return to the gamer consciousness with a new mode reveal. The Dark Zone will allow players to venture into more dangerous areas of New York where “tension, fear and paranoia” are pervasive. Featuring the ability to turn on your allys, I can see this leading to many broken friendships. Betas across all the relevant platforms will arrive early next year, with the full release pencilled in for 8th March.

I will be honest – I had not even heard of Anno before this press conference but the trailer for Anno: 2205 was certainly intriguing. With the ability to expand your civilisation to the Moon, the game will have a beta later this year for those eager to try out some lunar exploration.

I didn’t listen to much of the Just Dance 2016 segment of the conference, mostly due to the fact that Jason Derulo was performing (and yes, I had to ask who it was). However, similar to Singstar, Just Dance now no longer requires a camera – players will be able to use their smartphones to play the game. A new subscription-based streaming service for Just Dance was also announced, called Just Dance Unlimited but few details were revealed.

When a trailer featuring military types kitting themselves out and talk of a terrorist threat played, it took some time for me to realise Rainbow Six Siege was about to be shown. Featuring Angela Bassett in the role of Six, the game looked superb. The post-trailer demo re-introduced Terrohunt for fans and showed off the game’s impressive co-op gameplay and destructible environments. A beta, starting on 24th September on all platforms, was also confirmed.

Trackmania Turbo impressed me greatly. The fast gameplay and huge selection of tracks was excellent, but the random track generator stepped things up quite a bit.

The long-running Assassin’s Creed franchise is coming to London and boy, does it look good. Syndicate‘s trailer showed off some of the city’s sights as well as hinting at the game’s gameplay. Growing your gang of Rooks and taking on others seems to play a big part in the game. Here’s hoping for some Gangs of New York-style brawls.

To finish out the show, Guillemot introduced another trailer featuring military types and talk of a terrorist threat. This time, the game being shown was the open-world, co-operative Ghost Recon: Wildlands.

Overall, I thought the Ubisoft Press Conference was an impressive showing. Outside of an odd moment with a cosplayer and the previously mentioned Derulo encounter, the show tipped along at a good pace and showed off more games I was interested in. It was disappointing that we didn’t see another UbiArt game but thankfully, we only have to wait another year for the next conference…