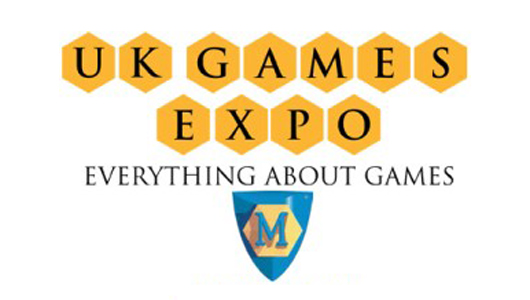 Since the beginning of my board game obsession, there is one event a year that I feel compelled to attend, no matter how busy my schedule gets – UK Games Expo. Based in Birmingham in NEC Hilton Metropole, UK Games expo is the biggest tabletop gaming event of the year and usually happens in the last week of May. While there are other board gaming events throughout the UK, including the London based Dragonmeet, UK games Expo is the biggest and busiest of them all, and it is growing every year. This year it has been the biggest one so far, early numbers stating that during the three days of the expo it was visited by 15 000 people. I attended the event on the slightly calmer Sunday, to find the place busy and buzzing with brand new shiny board games alongside already well established titles. 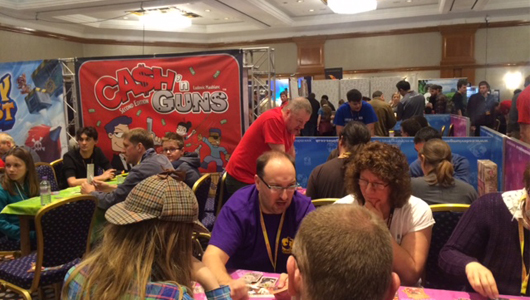 While in the previous years, I have found that one day was enough to shop for some games, browse new titles and even get a few hours of gaming, this year it felt like I barely scratched the surface of what the event had to offered. Even on Sunday, the floor was incredibly busy and every horizontal surface was being used by people playing board games. As to be expected there were competitions, RPG sessions, LARPing events, seminars, game designers in the wild and, of course, many opportunities to play and buy board games, miniatures and related apparel.

While board games are definitely becoming a more popular pastime, the emergence of many board gaming cafes and bars as well as Meetups are a good testament to this, one may still struggle to find a friendly board gaming group or a place to game. This makes UK Games Expo an almost a unique environment. First of all, because all attendees are passionate and excited to play table top games, and finding someone and something to play is never a problem. People are playing games on tables, while standing in queues and even on the floor! Second of all, because it is an event for all ages. This year there were several children competitions and there is even a dedicated family zone. Finally, there are demonstrators at hand, whether from big distributors or from the designers themselves, who are eager to show and teach you their new games. 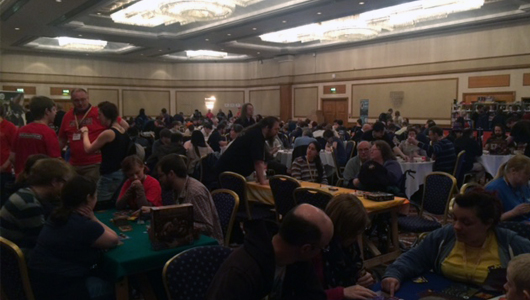 To me, meeting the designers and talking to them about their games has always been the best part of any expo. Luckily, there were roaming in the wild during UK Games Expo… or rather confined to their stalls, as most of them were insanely busy demonstrating, playing and talking to visitors about their games. This is the only downside to the busy show: while a lot of designers come from all over the country and from abroad for the expo, the floor is so busy that it is absolutely impossible to play everything, even if attending for three days. However, with enough patients and luck, not only you could play a new game but you might also get a sneaky preview on what the designer is working on next!

I was lucky enough to play a prototype version of Tatsu, a game by John Yianni, the designer of Hive. A little two player game with circular pieces which have a nice chunky quality of Hive tiles. It is a strategic game where opponents block, knock out and ultimately destroy each other’s pieces. The player who first destroys one type of the opponent’s pieces wins the game. Tatsu charmed me partly because it is about dragons and partly because it is the addictive fun that I know will entertain me for hours at the time. Another game that I have seen that got me instantly excited, even though I have not had a chance played yet, was Burger Boss from Legend Express, the creators of Age of Soccer. It is a worker placement style game with a risk reward mechanic themed around cooking burgers for some very hungry (and possibly annoyed) customers. The game box is a three layered burger, where all pieces of the game fit perfectly inside. Also a game that I have previously previewed, Sandcastles by Andrew Harman of Yay Games was available to play at the expo. 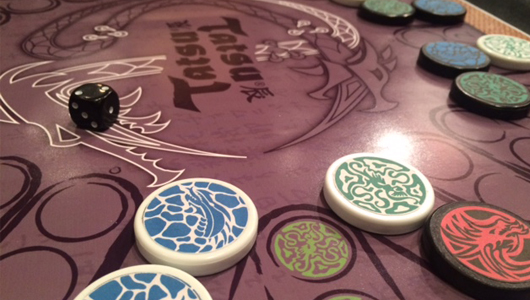 There are many sections throughout the Expo where you can play games, even the games that are so brand new that they have not been released yet! Playtest UK invite designers with their board games of various stages of competition to be play-tested and get some players’ feedback as well as sharpen game mechanics and features. Anyone who is interested in the game can join the table and constructive feedback is always welcome. However, if visitors want to play a classic game or try out a game before purchasing, there is also a library of games provided by Thirsty Meeples which can be borrowed and played on the premises.

UK Games Expo also have their own awards to recognise the achievements of manufacture and publishing. Some of the previous winners include popular games such as Forbidden Desert, Lords of War and Ankh Morpork. This year’s list of winners and nominees were definitely on par, and the two games that I have reviewed and loved walked away with the prize which made me even more excited. Elysium won Best Strategic Board or Card Game and HexAgony, a small game with the most fascinating 30 year development story, walked away Best Abstract Game award. 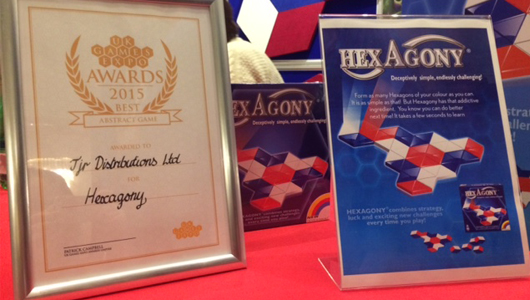 Finally, I would also like to mention the cosplay presence in the Expo that has been growing every year. Usually located in the entrance lobby of the hotel, this year the cosplay area has outgrown its space. While it might not be as popular here as during Comic cons, where one often feels like an outsider when dressed in normal clothes, every year the number of cosplayers grows at UK Games Expo and in 2015 poor Daleks had barely any space to roll around. In fact, the whole show has overgrown its home, which is why next year UK Games Expo is expanding into the NEC and I cannot be more excited to see the expo in this much bigger venue! 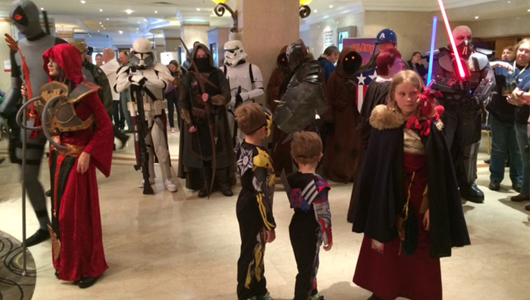 I left the show thinking that next year I will be staying in Birmingham for at least a weekend to see as much of the show as possible and to play as many games as I possibly can. On my way to the train station back to London, I felt I little bit like a carrier mule with games in my bag, in hands and in my pockets, I even might have been trying to balance a game box on my head. As a board gamer, I could not be happier by the success of the events and its attendees, and I am looking forward to next year and playing more games!