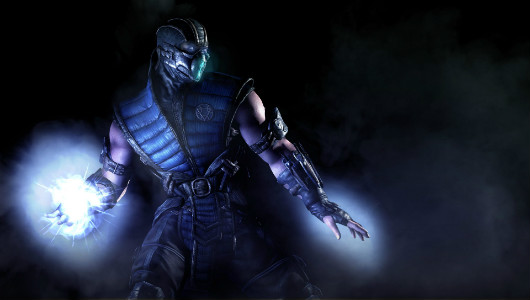 Mortal Kombat returns for another round of brutal bloody two player battles. After the Star Trek-style reboot of the previous title, which saw the retelling of the story of the original two games, the heroes that remained alive have dusted themselves down, reinserted their spines and are ready to once again defend Earthrealm from the threats posed from Outworld and Netherrealm. 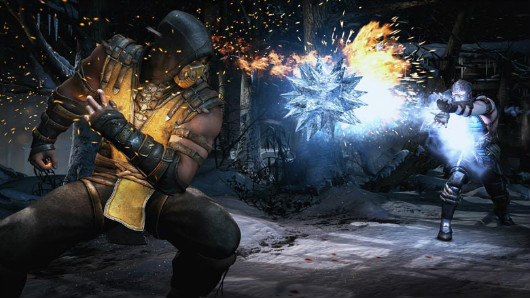 Since a large part of the story takes place twenty years after the story in Mortal Kombat, many of the core characters have aged – so they bought the next generation of their family along for the fight! Jacqui Briggs is Jax’s daughter and is a faster, less powerful version of her Dad. Takeda Takahashi is Kenshi’s son, is less visually challenged than his father and uses extending whip swords. Kung Jin is Kung Lao’s cousin and a Shaolin archer armed with an ancestral bow that doubles as a staff. Together these three join up with the leader of an elite Special Forces unit, Cassie Cage. The daughter of the now divorced Sonya Blade and Johnny Cage, Cassie’s young, comically cocky attitude is best summed up by her “selfie” fatality which sees her rip off the lower half of her opponents face, strike a pose, take a selfie with the victim and then post the picture to a fake social media site.

There are an additional four characters joining the darker side of the equation. Erron Black is a creepy cowboy with a quick sharpshooter and a few tricks up his sleeve. D’Vorah is a crawly insect-woman with noxious insect attacks and long reaching insect limbs. Ferra/Torr is a two-for-one special with a freaky old dwarf-lady that can be hurled from her perch atop of a big hulking brute. Kotal Kahn is big, mean, green, Aztec-esque Sun God fighting machine who has taken his place as the new Emperor of Outworld.

The Story Mode in MKX does not quite live up to the lofty benchmark set by NetherRealm in MK and Injustice in terms of quality or quantity. However, it is a well presented tale with visually appealing cut-scenes so stuffed with action sometimes it just cannot help but get you involved in the form of Quick Time Event style buttons presses. However these were fairly easy and did a good job of keeping my attention fixed on the screen when gods and demons were waffling on about attacking or defending the mystical McGuffin. As in previous incarnations you play your part by bouncing around through a series of characters as they appear in the story and fights break out. The story does a reasonable job of giving some context and justification to the (in this case non) fatal fisticuffs – I found myself yelling “And stay away from my daughter!” at one vanquished foe.

New for MKX is the addition that each character now has three variations on their fighting style. These are not a complete set of new moves but do modify a few of the characters special moves. It is enough of a change to mix up how you fight as and against every character in the game and must have been a nightmare to balance! It allows players to better adapt characters to their play-style and does a good job of making more characters accessible to more players. It is a good addition giving the game more variety in combat, but it would be nice to be able to change styles between rounds depending on who you are fighting or how well the last round went.

The video below does a good job of illustrating the difference in the three variations of Raiden:

Environmental attacks see you interact with the background to either evade or attack your opponent. This function can be turned off for purists, but adds a nice diversity to context sensitive parts of the level. You can swing from jungle vines to kick foes in the face, leap from trees to get you out of corners or, if really desperate, you can hurl an old beggar lady or a monk. The fighting genre does not have nearly enough monk-tossing!

Fatalities are back and possibly the goriest they have ever been. Together with the vicious nature of the bone crunching X-ray moves it is almost as the developers have realised that the gloves are off in the modern era of video games. MK is a franchise that has often had both the advantages and disadvantages of being in the spotlight as the prime example of a type of game whose “sick filth” needs to be banned to avoid the warping of fragile little minds. Either the mainstream media have learnt that adults play games too or someone has given up caring about the children – as some of these fatal finishers cut a bit too close to the bone. Each fighter starts with a single Fatality with more being unlockable. The often context sensitive final hit Brutalities also make a return but are also joined by two new types of Fatalities; Quitalities – which occur automatically when an opponent quits an online match, and Faction Kills – which are easy to pull off, lower point scoring fatalities that are tied to you faction. 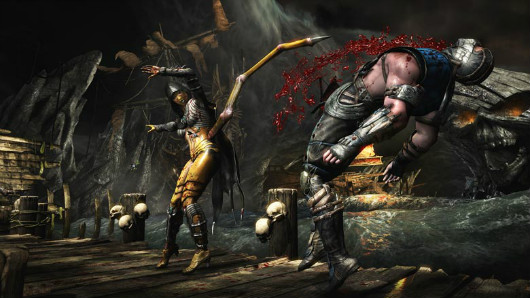 The Faction element of MKX can be contributed from online and offline modes. Players choose from one of five factions and contribute to an overall total that is rest every few days. Daily challenges can be performed in any match, simple tasks such as fight two matches with a certain character, which then contribute to your faction. Bonuses are given to the winning faction once the time period has expired. Enhancements can be added to your “Player Kard” which can give bonuses for; each win, wins with particularly characters or for doing certain moves in combat. This rewards XP, Koins or Faction XP. Koins can be spent in the elaborately realised Krypt which sees you walking around a graveyard breaking tombs to release unlockables such as alternative Fatalities, character art or an easy fatality token.

A lot has been said about the issues of microtransactions prior to the release of the game. While I will not defend the decision to make easy fatalities a consumable item, there is no need to buy any of the easy fatality tokens. You unlock a number throughout the Krypt, a number of characters have fairly easy finishers anyway and the Faction kills are there as a back up plan. Likewise there is now need to pay to unlock all the Krypt items, I think this would actually remove fun from the game. It is a bit annoying that Goro is only available as a pre-order item. He is listed to buy in the menu screen, but is not currently available. You do however get to play as Goro in part of the story mode and in some living Tower challenges. 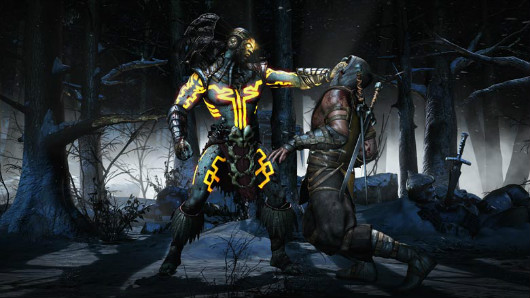 The other single player offline modes are mostly centred around battling your way up a variety of elaborately carved Towers. The Klassic Tower tasks you with defeating a succession of opponents culminating in a battle with Goro, then the evil sorcerer Shinnok and the final boss corrupted version of Shinnok – who I have seen throw my beheaded head into a pit too many times for my liking. This ends with a few static images with a voiceover which details your chosen characters fate.

Other towers include; the Test Your Luck tower which has an increasing amount of combat modifiers which can affect you, your opponent or the environment, the Test Your Might tower which sees you button-mash your way through increasingly dense objects and the self-explanatory Endless and Survivor Towers. Practise modes are present if a little threadbare. Overall MKX could be accused of lacking in single player content, but most if not all of this criticism can be absorbed by the inclusion of Living Towers and Tower Challenges. Living Towers have a different set of opponents, conditions and modifiers. Online these change on an hourly, daily and weekly basis with a different set of rewards up for grabs. Tower challenges can be set on a Living Tower and sent between friends with the winner getting a bonus payout of XP and Koins.

The rest of the online modes consist of your standard one-on-one battles in private, player or ranked options. There are also Team Battles which see you fight as one fifth of a team battling five other players. However, I struggled to find teams of people where ten people would stay in the same room and this problem was magnified when fighting for my Faction. Tower battles see you and up to seven opponents start at the same time and then race to the top of a Tower of AI opponents as quickly as possible. The King of The Hill mode is a winner-stays-on mode where you wait your turn and can watch the fights in progress as you do. It is a nice substitute for the days of putting your money down on an arcade machine and you can even give “respect” (with a rating from 1-10) to the winner of the fights you view while waiting.

Solid brutal, gory Kombat that leaves no hold barred
Character variations give choice, diversity and greater accessibility
Highly polished, well presented
Could be too gruesome for the squeamish
Not for young people or the criminally insane
Had a lot to live up to

Mortal Kombat X stakes its claim as best fighting game available on the current generation of consoles with a new generation of fighters and some great additions. The Character variations are great and the Living Towers help keep the game feeling like an ever evolving dynamic combat hub fit for a modern era of gaming. It is almost a shame that the reboot of MK did not coincide with the launch of new hardware. Some elements of MKX, most noticeably the story, might not quite measure up to the heights set before, but this stands up to other entries in turns of competitive aggressive combat mechanics. If you like your brawlers brutal there is none better. MKX is a lovingly crafted game that oozes quality and blood in equal measures.

N.B: I had an installation error when first trying to play. A known factor with some PC copies, but happened to me on the PS4. If you have modes missing from menus a while after installing, try deleting the install file (i.e. NOT your save file) and reinstalling.