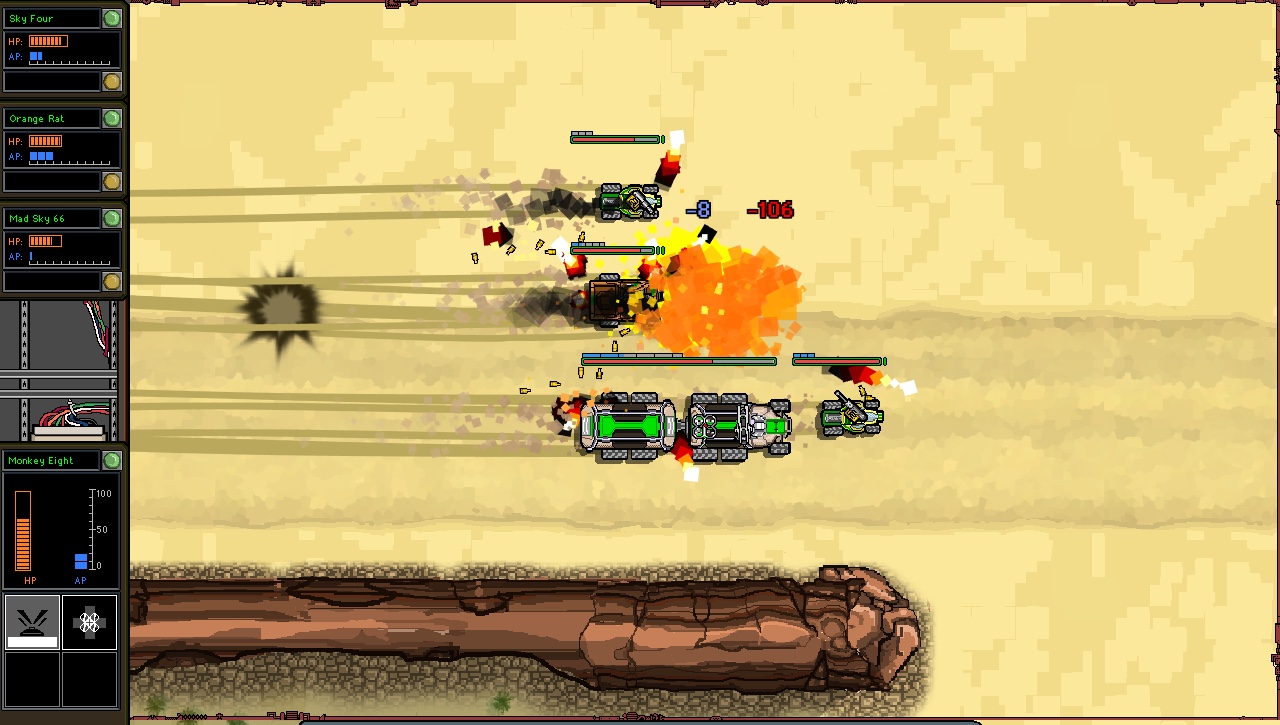 Imagine that while playing FTL, the hugely successful intergalactic rogue-like from 2012, your ship was downed and came to rest on a dusty planet rather than simply blowing up. The world also happens to be overrun with Mad Max-esque factions of pirates and rogue traders. That’s Convoy in a nutshell.

The independently produced game attracted a great deal of attention at EGX Rezzed in London last month and it’s not hard to see why. The clean-cut but detailed visual design of Convoy may be clearly inspired by the aforementioned FTL, but a combination of open-ended exploration and an inventive combat system are enough to distinguish it from its forebear.

After crashing on barren planet Omek Prime, you must roam the desert battling both the tricky terrain and the bandits that inhabit it in order to find the parts needed to fix your damaged ship.

Each game of Convoy is different from the last. Before leaving your damaged ship you choose a base vehicle and more manoeuvrable companion vehicles, each of which can be customised with weapons and defensive capabilities. Driving these across the planet’s surface is a simple matter of clicking where on the scrolling map you would like the vehicles to go.

Dotted across the world of Omek Prime are the core quests to find the parts for your downed ship as well as a number of randomly generated encounters with both friendlies and any of the three hostile factions who vie for control of the planet’s territories. Their encroaching influence is visible on the map, as is a topographical map of the planet’s territory.

The tougher the terrain, the more fuel your convoy consumes, so the choice is left to the player as to whether to take the high road and potentially avoid encounters with other vehicles. Additional fuel can be purchased at camps found across the world, along with upgrades and weapons for your vehicles. 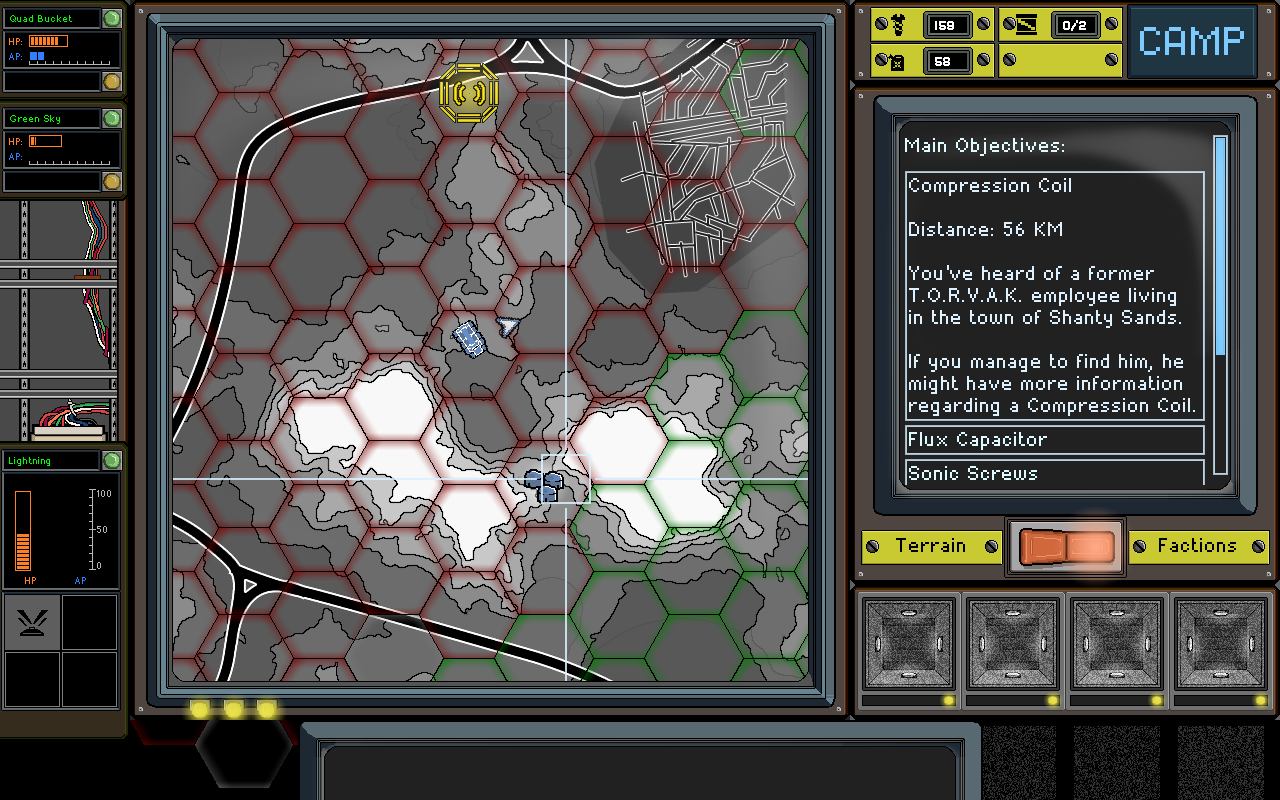 Convoy’s packed map screen details each faction’s territorial presence as well as a topographical diagram of the terrain.

When encounters go wrong – and they do, as the consequences of the text adventure style decisions are often open-ended – Convoy’s combat unfolds. The vehicular fracases have a few ground rules. The base vehicle stays the course, deploying powerful countermeasures, while the companion vehicles can move around the stage to attack incoming adversaries.

If vehicles are lost in combat, they’re gone for the rest of the game. There’s constant danger during combat, requiring clever resource management and a knack for multi-tasking. Each weapon has a particular range and might require that the vehicle is put in harm’s way to find a convenient angle of attack.

Vehicles won’t move to attack new units after destroying another either. Giant rocks and other pylons serve as obstacles that immediately destroy any vehicle caught in their path. There’s a lot to think about in the middle of a scrap and escaping a particularly tricky situation is a reward in itself – never mind the loot that you come away with.

The similarities to another rogue-like are noted, but Convoy offers a fresh twist on the FTL template. More open-ended exploration and a new take on real-time strategic combat make for a compelling and neat little package.

Preview Notes: In this preview build I encountered a handful of game-breaking bugs, such as text adventure scripts with no decisions to make and enemies which were able to shoot at my convoy off screen without retaliation. However, I’m willing to give these a wide berth, owing to the unfinished nature of the game.