Seeing as I got to the first episode of Telltale Games’ Tales from the Borderlands late, the long gap to the second episode has not been as arduous for me as it has been for fans who jumped on at the beginning. Given its strong opening, I can certainly sympathise with those who have had to wait impatiently for the next instalment of Rhys and Fiona’s adventure. Seeing as Telltale have been able to release two Game of Thrones episodes in that time, many fans may be coming into this entry with ruffled feathers – however I am happy to report that Atlas Mugged is worth the wait.

Like the reviews I wrote for The Wolf Among Us, I will try to avoid spoilers as much as I can when talking about current and previous episodes. It should be noted though that some events and character reveals tee up the next entries in a series. Therefore, the only things I will discuss in this review and the remaining few are the necessary details required to set up the newest episode. 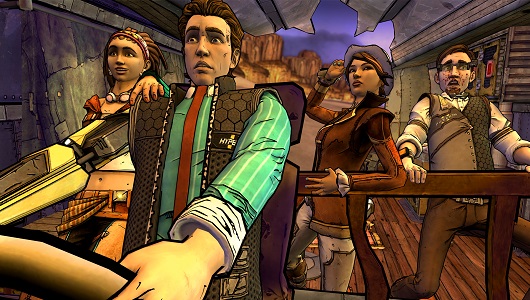 Zer0 Sum ends with Rhys, Fiona and their compatriots finding a secret Atlas installation which points them towards the mysterious Gortys Project. We are also (re)introduced to Rhys’ imaginary (or holographic) friend, Handsome Jack. Altas Mugged picks up precisely where episode 1 ended and sees our heroes set out to find the location of the Gortys Project. However, Vasquez is now onto them and in their attempts to evade his pursuit, the party gets separated.

Just like the first episode, Atlas Mugged trundles along at a steady pace, helped immensely by the stellar cast. Moving the action to new locations also introduces us to new characters – from the affable mechanic Scooter to the dangerous assassin Athena. The opening conversations with each new personality is brief but well-written – enough to relay their traits and goals well enough before the next story beat. 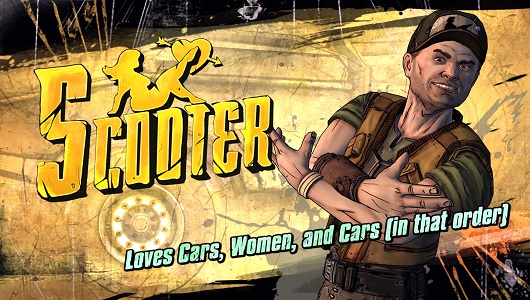 Once again, the humour takes centre stage as the conversation choices and story structure allow for some truly funny exchanges. I was laughing out loud (or lol’ing as the kids say) at the ‘bro’ scene – I will say no more about it in case it spoils the scene for others. There are multiple references and comebacks which also brought a smile to my face. All in all, I just have to reaffirm my appreciation for the writing in the game and the cats’ performances. 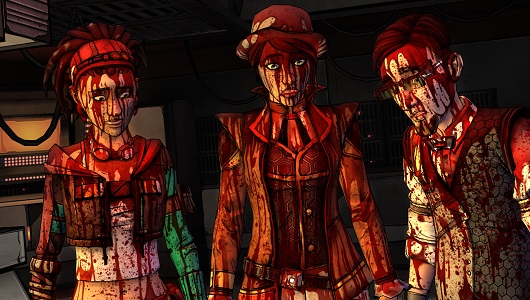 One aspect of the game that I didn’t mention in my previous review is the soundtrack. Jared Emerson-Johnson’s music precisely matches the tone and setting and the choice of licensed tracks used is pitch-perfect. Hopefully the trend continues and I am forced to mention the music in all of the remaining episode articles!

Atlas Mugged also includes far more binary choices than the previous episode – choices that at least right now, without the benefit of hindsight, seem to be quite important. Despite this, the episode is actually shorter than the first – to the point where fans who have been waiting for months may feel aggrieved. However, the quality of the acting and script should be enough to placate those who feel that way. 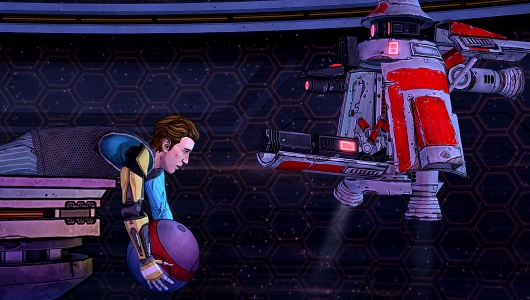 The game’s humour continues to be its best aspect
The storyline is going in some intriguing directions at the moment
The game engine is smooth as butter
After the wait many had to endure, this episode may feel short

Continuing on from the superb first episode, Tales from the Borderlands: Episode 2 – Atlas Mugged is a worthy follow-up that manages to feel more substantial (in its choices) despite the reduced length. As I alluded to in my first review, Tales from the Borderlands is becoming my favourite Telltale adventure series with its lighter tone and well-written dialogue. Episode 3 cannot come soon enough. 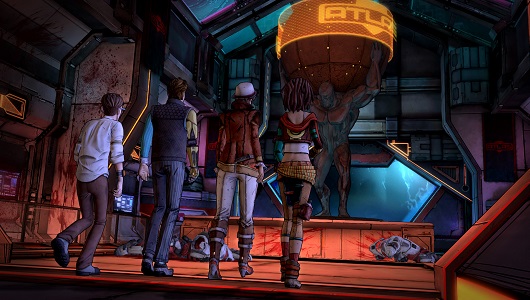