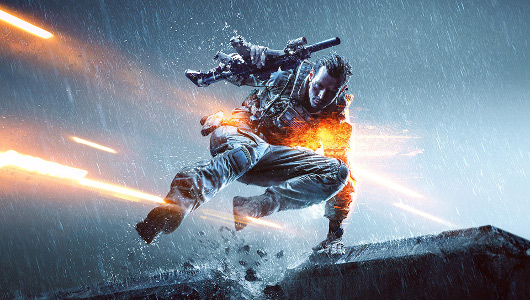 Battlefield 4: The Past, Present and Future

It has been nearly a year and a half since Battlefield 4 launched at the end of 2013. As many know, the game, its developer – DICE – and publisher – EA – went through turmoil and lawsuits due to various issues surrounding the game’s frankly shambolic launch. The game was riddled with game breaking bugs and was – to be blunt – broken. It wasn’t a fully polished or complete product and a lot of the complaints were definitely warranted.

In this article, we’re going to look at the life cycle of Battlefield 4 – its past, present and future – and how it managed to turn around its fortunes and become a game that I could easily recommend to someone looking for an enjoyable first person shooter they’ve not played before. 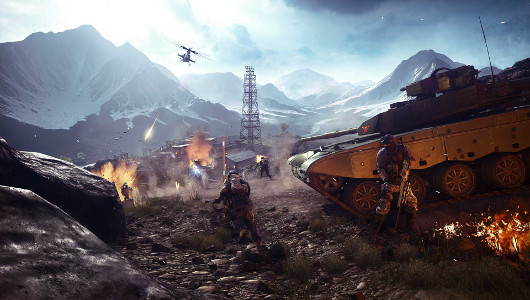 “Think about what Battlefield 4 was: 64 player multiplayer, giant maps, 1080p, Levolution that was changing the gameplay design in an emergent way. There is a chance there are things you are going to miss through the development cycle. And you end up in a situation we had with Battlefield 4.” – EA CEO Andrew Wilson (Interview with Eurogamer)

One of the massive criticisms from the community was issues with the games “netcode”, something the Frostbite family of game engines have never been able to do well. It all comes down to the tickrate – the amount of times a game updates the positions of players, bullets and other items in the environment. Battlefield 4 originally had a tickrate of 10Hz (ten times per second). As a comparison Counter-Strike has a tickrate of 60Hz and above.  Players complained about being killed around corners, being killed faster than they should and experiencing frequent rubber banding. Other issues included sound and textures not loading properly, hit markers not appearing, being kicked from servers, some questionable level design, broken kill cams, balancing issues with a plethora of weapons and gadgets and save data being lost in single player.

The launch period of Battlefield 4 was frustrating to say the least, having experienced many of these issues first hand. The China Rising and Second Assault expansions were released when the game was still in a broken state to the anger of many fans. DICE Stockholm addressed as many of these issues as they could and even went as far as to hold off on releasing the Naval Strike expansion until the game was in a good state. However, even when Naval Strike was released in March 2014 there were still massive issues with rubber banding which rendered the new content unplayable for some for a few weeks – myself included. 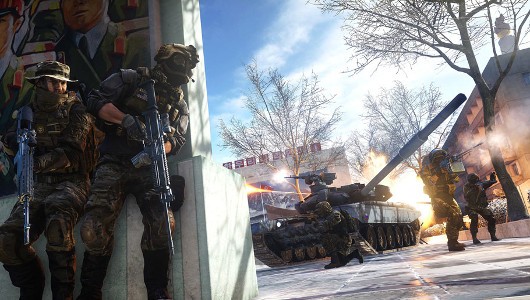 Since the launch of Battlefield 4, our players have been pivotal in giving us valuable feedback. Today we’re launching the Community Test Environment in our continuous efforts to make the game even more enjoyable and engage with our fans in new ways. – DICE LA

Apology after apology was issued and free items were given to the Battlefield 4 community to try to make up for the shambles that had been caused. The game was in a playable and enjoyable state by the middle of 2014, but it wasn’t perfect just yet. Naval Strike was the last expansion to be developed by DICE Stockholm. Further development and updates of Battlefield 4 were handed over to DICE Los Angeles – this is where Battlefield 4 really begins to pick itself back up after being knocked down.

DICE LA released the Dragon’s Teeth and Final Stand expansions for Battlefield 4 and introduced the Community Test Environment to the PC community in order to try out new balancing mechanics, tweaks and bigger updates before rolling them out to the full game. The tickrate of the game was also raised to 30Hz, putting it on par with Call of Duty games.

Dragon’s Teeth and Final Stand can be widely regarded as the two Battlefield 4 expansions that the community has come to love the most. Both featured great level design and were rigorously tested before launch with the community giving feedback on what they would like to see. The Community Test Environment has provided some much needed changes to the game in terms of balancing and issues with netcode. A massive update to the game was launched in September 2014 that changed the way Battlefield 4 played in a big way. Changes included: 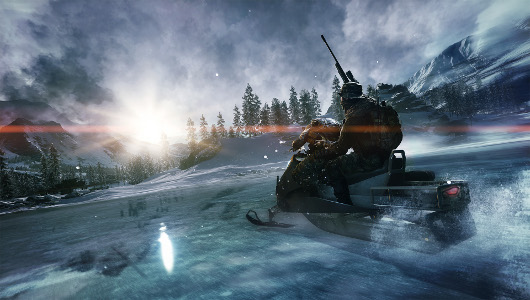 “With Battlefield 4 Final Stand released, we hope and believe that you will enjoy it together with the rest of the game for a long time. However, there is one thing we want to assure you: there is more content coming for Battlefield 4.

We will share details on exactly what this new content will be, and when it will arrive, in the near future. We understand that this may lead to even more questions about our plans, but rest assured that we’ll get back to you on the future of Battlefield 4 when the time is right.” – DICE LA

DICE LA has confirmed that Battlefield 4 will still be supported after the launch of Visceral Games own Battlefield: Hardline in March 2015. There are still some very interesting things on the horizon such as new variants of traditional maps. The first of these is a night version of Siege of Shanghai – dubbed Infiltration of Shanghai. Currently being tested in the Community Test Environment the map plays drastically different from its daytime counterpart. Parts of the map are pitch black, encouraging the use of lesser used items and gadgets such as night vision scopes, hand flares and flash lights.

There is also discussion to bring the Community Test Environment to the PlayStation 4 and Xbox One in order to get a greater degree of feedback.

It’s exciting to think about what is on the horizon for Battlefield 4. After development was handed to DICE LA the game has definitely been improved greatly. It’s a game that I still enjoy playing to this day, especially with friends, and I could highly recommend it for anyone looking for a cheap game that still has a consistent community of players.