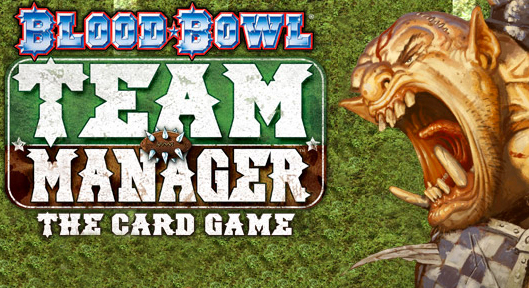 I am not a football fan. Whether, it is American football, or football, or soccer, or anything remotely similar. I sometimes pretend to support Chelsea FC but this is mostly to get on my boyfriend’s nerves. While I can roughly tell the rules of football (soccer?), I know absolutely nothing about American football (just football? Help!), except, hey, those helmets look necessary. Moreover, I have tried to play the Blood Bowl video game on the iPad, failed miserably and I am still waiting for those ten people who promised to teach me the rules to come through on their promise. And although, I regularly visit Games Workshop to drool all over the miniature dragons, it is also the extent of my knowledge of miniature related activities, including the Blood Bowl ones. So what am I trying to say here then? Well, that despite all of the above, I absolutely love Blood Bowl Team Manager The Card Game. I am actually quite good at it – I am not boasting, it comes with practice. The game perfectly follows the Ticket to Ride axiom ‘you don’t have to like trains, to like Ticket to Ride’ – with Blood Bowl Team Manager you don’t have to like or know anything about any kind of ball kicking activity to like or be good at the game.

Blood Bowl is a fantasy football game created by Jervis Johnson for Games Workshop. Designed as a parody of American Football, it is set in the universe where teams consist of fantasy races and names such as Altdorf Oldbowl are completely normal. The game itself has had several editions and has been developed into a comic, several video games on multiple platforms, recently Blood Bowl 2 announced to be releasing in Spring 2015 on PC.

Blood Bowl Team Manager The Card Game is a deck building game. Like all games of this style, you start with your base deck which you then upgrade and customise to suit your personal play style. In the base game you have a choice of six starting teams: Chaos, who cheat a lot, Skaven, a grab-the-ball-and-run kind, Orcs, who like to tackle, tough Dwarfs, fast Elves and Humans who are all round good guys. Currently, there are also two expansions each introducing three teams as well. What is wonderful about this game is that the goal is not to win the most matches, but do it in the most gruesome, violent, bone-braking, earth-shaking, cheating way possible. This is what your fans want to see and you want to win the most fans by the end of the game. 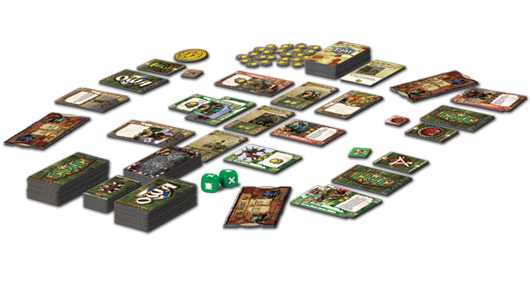 Winning the highlights, the matches where your team faces against another team, does not at all guarantee winning the game. Every highlight has a prize for the winner and as well as prizes for each entrant. The prizes are either fans or various updates to your deck, such as Star Players who are stronger than your base team and have a variety of special abilities, or staff and team upgrades that give you more actions or fans. This makes strategy and tactics key in this game. The players need to pick a right balance of upgrades, new cards and fans to win the game. Of course, individual play styles shape the choices of what prizes to fight for. Some players just go for fans straight away, while other build up a stronger team which will give them better chances later in the game and some collect a stack of upgrades which will allow them to perform more actions per turn than their opponents. Or it could be a mixture and a combination of all of the above!

Of course, luck plays a part. There are a variety of highlight cards, some with better payoffs than others. The better ones are quickly occupied at the beginning of each round. However, being last can also be advantageous as you can see what cards your opponents put down and respond accordingly. The first player token will go around the table at least once before the game ends, so everyone will be able to reap the advantages of the first and the last card placements. 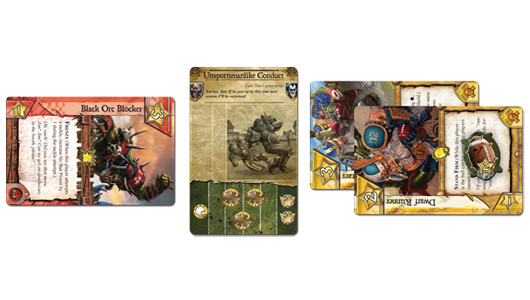 Another part of the game that relies on luck is tackling, a games mechanic that allows you to fight your opponent by rolling one or two die. Here it is truly down to chance. Although, the team players with a higher star power tend to have an advantage over the characters with a lower star power, as they logically should, the stronger had been known to be defeated by the unlucky roll of two crosses injuring and taking them out of the game. However, it seems appropriate for this universe – the pitch was a bit slippery, the player tripped and broke their back. Such things happen all the time in Blood Bowl!

The standard game ends after five weeks (rounds) of the championship have been played and one lucky bloodied team has won the Blood Bowl Cup. Final fans and bonuses counted, the most popular and beloved team wins the game. Blood Bowl Team Manager is equally fun with two people as it is with a bigger group because in most cases it is just two teams facing off each other. The latest expansion Foul Play, gives an opportunity to compete with up to five people with a larger variety of teams but does not change the gameplay dramatically.

One important point. Blood Bowl Team Manager is not a game for those who have just started or have not played board or card games before. Even if you are an experienced board game player, you could benefit from being talked through the rules and first few rounds by people who have played the game before. I am not saying that it is absolutely impossible to play a game without any help other than the rule book. However, there are a lot of rules with their nuances and a lot of terminology which might subtract from the enjoyment of playing the game for the first time. Even more new rules are introduced in the expansions, which in my opinion, clutter already a great but complicated game with unnecessary restrictions and not-as-fun-as-they-sounding add-ons. Thankfully, the expansion rules are optional. However, I would still have preferred expansions just to add more teams, as all new six team are excellent, and this could have been lower in cost. 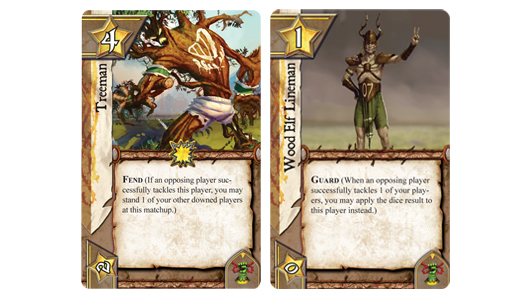 Some people are not fond of the artwork, but I quite like it and it is very much intone with the miniatures and the video games. The rest of the game is also of a great quality. There is a good variety of cards, dice, tokens and scoreboards that nicely complement each other but also adds atmosphere to the game. However, considering how many different pieces the game has, the box could be designed slightly better, especially to accommodate several decks of cards and save time on setting out and packing up. Right now all my cards and tokens are divided by means of small plastic bags which are always daunting to pack at the end of the game.

Board games that are based on an already existing concepts such as movies, TV shows, video games and others, tend to be a hit or a miss. Blood Bowl Team Manager The Card Game is definitely a hit. The six teams play completely differently and you will want to come back to try them all at least once. The luck element is very well balanced and does not seem unfair, and the deep strategic approach the game requires makes it competitive and very exciting. Blood Bowl Team Manager might seem slightly unapproachable to start with, but very soon becomes one of the best strategy games for you and your blood soaked friends.

The core set for Blood Bowl Team Manager (without the expansions) is available to play at Loading bar.