Loading up Rock Boshers DX: Director’s Cut for the first time will be a stroll down memory lane for the older members of the gaming community. Tikipod have been clear on the fact that everything about their twin-stick shooter crossed with a puzzler is meant to evoke the ZX Spectrum.

As my first foray into video games was the original NES console, a lot of this nostalgia flew over my head. However, I can still appreciate the efforts made to harken back to a bygone era in gaming’s history.

Rock Boshers DX: Director’s Cut tells the story of a young Queen Victoria, a bored girl looking for adventure on board a spaceship – and yes, historical accuracy is not a priority for Tikipod here. Unfortunately for the unsuspecting royal, she is captured on her way to Mars and forced into slavery in the planet’s harsh mines. This is where the whole rock boshers bit comes in. Eventually, our heroine is able to escape by disguising herself as a man wearing a hat – though this is just the start of her adventure. 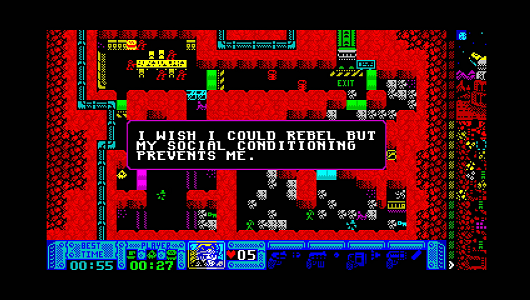 The ZX Spectrum sensibilities come into the game straight away. Starting Rock Boshers on the Vita, you initially see flashing screens and high-contrast colours pop into view as the game loads – similar to the tape-loading of the past. The chip-tune music that accompanies the gameplay and menus burrows into your mind quickly. Even the harsh colour palette eventually becomes pleasant as your modern eyes adjust to its retro styling.

Game-play takes the form of a twin-stick shooter, with each screen normally containing some puzzle to complete or collectible to gather before you can move onto the next. Rock Boshers is spread across 24 levels, with each representing an hour of in-game time. You are introduced to the game through humourous tutorial messages and then the difficulty ramps up considerably. 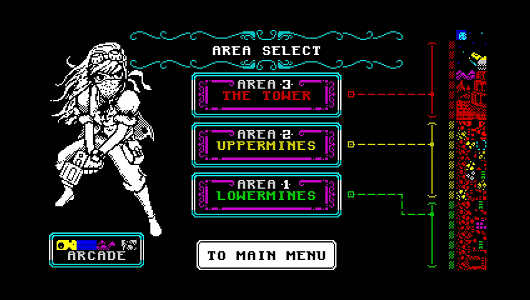 There are a number of different dangers to avoid in the mines of Mars, including guards, alien creatures and automated machinery. When you get a screen full of enemies coming after you, while you are still trying to work out how to get to an item you need, it can lead to some frenetic button pressing and swearing – once again, keeping that retro feeling alive then!

In order to aid you, your pistol is supplemented by a machine gun, laser gun and rocket launcher as you progress through the levels. Ammunition is scarce so they should only be used when you find yourself in a particularly tight spot but the damage they deal is worth the price. In general, aiming can be tricky as you can only fire in eight directions but you soon learn how to be precise. 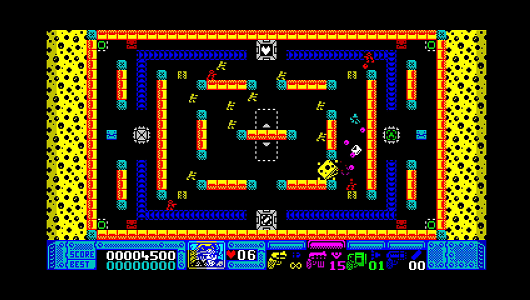 I mentioned the humour in the tutorials but the game is full of other jokes and witty dialogue too. For instance, there are fun mini-games to unlock in the game. These are triggered when you collect additional hidden items in the level – however, given the main character is a British royal, all of the items would make Dan from BRB UK weep with pride. Unlocking the games involve collecting jammy scones, cups of tea and pieces of cheese.

The only part of the game I can see people having a problem with is its difficulty. There were moments when I almost switched off the game in frustration. However, I kept coming back despite this and in my humble opinion; that is the sign of a good game. 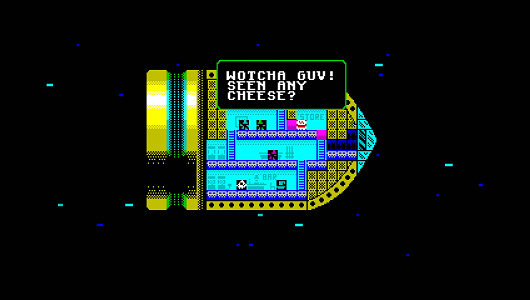 Rock Boshers DX: Director’s Cut is a loving look back to a time when coloured blocks were characters, level geometry and items. It is a fun take on the top-down shooter genre, mixing in puzzles and humour to keep you entertained. The difficulty may put some people off, but the addictive game-play and catchy soundtrack will keep you coming back for more.