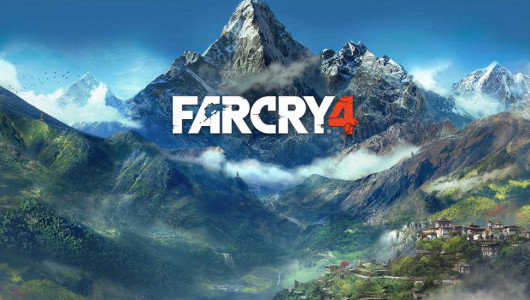 With the beautiful and serene Himalayas as a backdrop, you’ll find that there’s much to see and do in Kyrat, a small East Asian country where thrill seekers will feel right at home. However, due to a political struggle in the country at the moment – as well as some less than friendly wildlife and dangerous terrain – newcomers to the country may want to keep these five quick tips in mind. Here’s a quick traveler’s guide to Kyrat. 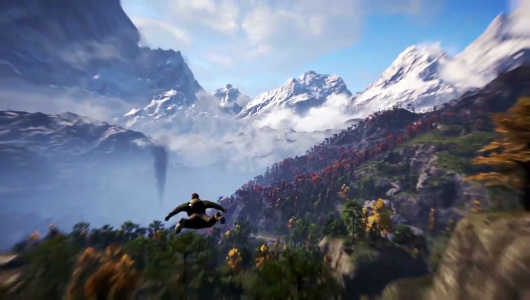 Extreme sports enthusiasts won’t want to be without a wingsuit in Kyrat. This handy piece of clothing allows you to soar through the air like a majestic flying squirrel with relative ease. Given the mountainous and treacherous terrain in Kyrat, a wingsuit could prove to be your saviour should you happen to fall from a height. Just remember to deploy your parachute before you hit the ground or go careering into a mountainside.

Wingsuits can be picked up from most Kyrati vendors for a relatively low price.

Whilst Kyrat doesn’t have any native species of shark – unlike another popular tourist destination, the Rook Islands – it’s still a bad idea to step foot into the water without first ensuring its safe. Kyrati waters are home to crocodiles and more terrifyingly, demon fish (also known as the goliath tigerfish). These fearsome creatures will attack if you get near them, therefore it is wise to check the water before deciding to take a swim.

For those of you who enjoy fishing, demon fish scales fetch a high price at Kyrati vendors and can also be used for crafting various items of Kyrati clothing.

Whilst the use of firearms is prohibited in many parts of the world, Kyrati law makes it rather easy to come by them. Kyrat can prove a very dangerous place due to its vast array of unfriendly wildlife, it is more than recommended to pack something that can do some damage to even the most resilient animals should they happen to be provoked. The .700 Nitro – or “Elephant gun” as it is known locally – is a favourite among hunters with its ability to take down most animals – or equivalent – with a single shot. 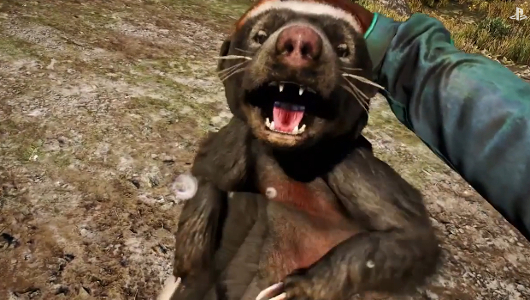 Speaking of dangerous wildlife that shouldn’t be provoked, the honey badger is a species that is native to Kyrat and should not be engaged under any circumstances whatsoever. These creatures are highly aggressive predators with a thick skin that allows them to take a massive amount of punishment. Honey badgers let out a distinctive squeal when provoked, be prepared to deal with them. Recommended ways of dealing with a honey badger include flamethrowers, plastic explosive, landmines, rocket launchers, running over with your preferred vehicle or the aforementioned .700 Nitro. 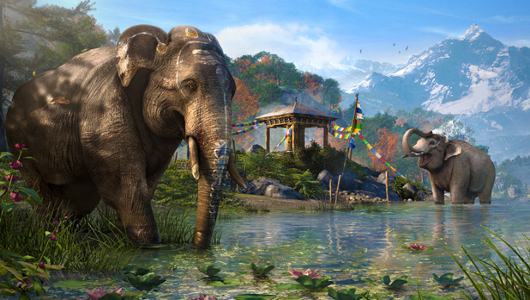 There are many ways to get around Kyrat. Some of the most popular include cars, trucks, quad bikes, jet skis and gyrocopters. Of course, you want to take home memories you’ll never forget. That’s why elephant riding is one of the best ways to get around the mountainous landscape.

The majestic Asian elephant can also ferry you across bodies of water due to its incredible swimming abilities and can also help you beat rush hour traffic by simply ramming it out of the way. Elephants become unstoppable at speed and can be used effectively as weapons as well as transport. If you see an elephant in captivity at a Royal Army outpost, don’t forget to set it free, it’ll never forget your kindness.

These are just a few tips to help you survive in Kyrat. There are many more dangers to encounter and exotic locations to explore in Far Cry 4. Check out the Big Red Barrel review of the game right here: Review: Far Cry 4