There are few directors out there who do not have a dud in their back catalogue. Christopher Nolan is one such example. Even his weakest film, The Dark Knight Rises, is better than the best work of some of his peers. So when I tell you I was excited to see his latest project, Interstellar, you know I am understating.

One of the most common criticisms levelled at the British filmmaker is the lack of a human side to his works. While I do not necessarily agree with this, Nolan appears to have gone out of his way to make Interstellar as human and emotional as possible – though it never feels overly sentimental.

The movie opens with Earth dying a slow death – resources are dwindling and conditions on the planet worsen by the day. We meet Cooper (McConaughey), a former NASA test pilot who now works on his farm, trying to provide for his family. When his daughter Murph (Foy) begins to observe mysterious events in her room, they inexorably lead Cooper back to his former employers, just as they are about to begin a final mission to save the world.

Drafted into the plan due to his skills as a pilot, Cooper is tasked with piloting a spacecraft through a nearby wormhole in the hopes of finding a new planet for humans to colonise. To do this, he must leave his family behind – with the understanding that it could be years before he can see them again. 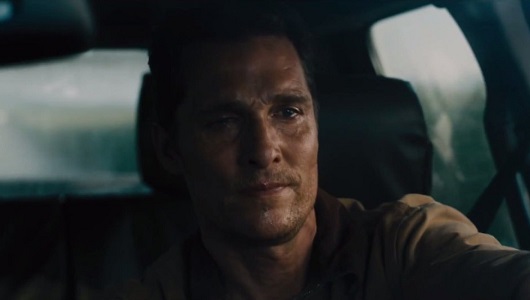 Cooper becomes a metaphor for Nolan himself; similar to Leonardo DiCaprio’s Cobb in Inception. Matthew McConaughey’s portrayal of the man born “forty years too early or forty years too late” is pitch perfect. The scenes he shares with Mackenzie Foy, who plays his daughter, early in the movie are exceptionally well handled. You get the sense that he is simply not happy with the state of the world as it is and knows deep down that things will not get better for him and his family unless he goes on this mission.

The aforementioned Foy is equally superb and is a possibility for award recognition early next year. This is in spite of the fact that she is only in the first act of the movie. In a scene that will probably rank as one of the most emotional moments in a blockbuster this year, Cooper attempts to make things right with his daughter before he leaves. It is the most pivotal point in the film and Foy simply owns it. 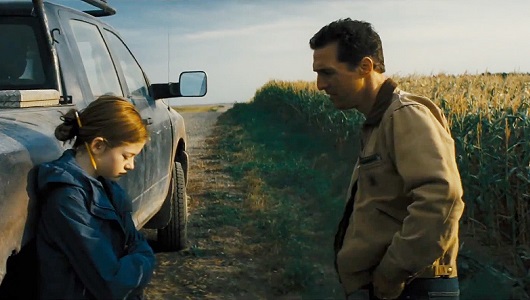 Once the mission is underway, fellow cast members Anne Hathaway and Michael Caine provide most of the exposition for the movie. While this does slow the pace, their characters are given plenty to do. McConaughey and Hathaway form the core of the mission side of the movie, while Caine and Jessica Chastain continue the Earth side of the story. 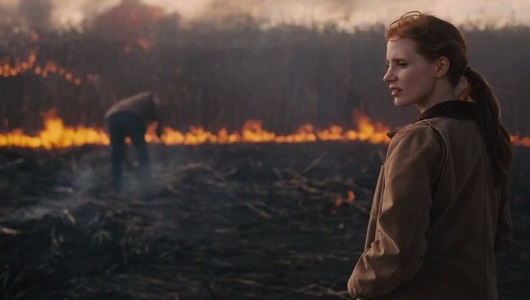 With a name like Interstellar, you can already determine that the scope of the film is vast. Travelling to distant galaxies and exploring new worlds gives Nolan a supermassive canvas (yes, I just said that) to work with. However, the human side of the movie supercedes all of the superlative imagery we’re shown. The relationship between Cooper and Murph is our anchor throughout, despite the fact that they do not actively interact with each other for large swaths of time.

That is not to say that the celluloid poetry we have come to expect from Nolan is somehow lessened in any way. Cinematographer Hoyte Van Hoytema takes over the DP duties from Nolan’s long-time partner Wally Pfister and creates an atmosphere routed in realism. With few exceptions, the camera is ‘real’ – by which I mean, his shots almost all come from locations a camera could be placed. Even the sweeping shots of black holes and distant planets feel like they are set up via mounted placements on the side of the ship. This all adds to the isolating quality we last saw in Cuaron’s Gravity. 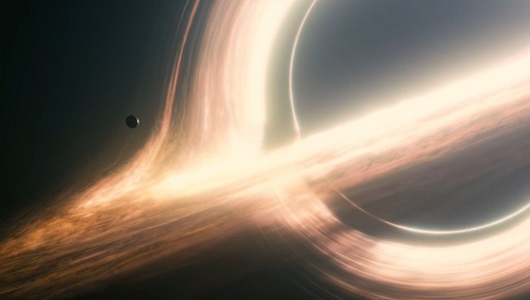 Continuing this aesthetic, the ship they travel in and all of the futuristic technology has a ‘lived-in’ feel to it. The craft is functional and utilitarian. The robotic crew, TARS and CASE, are, at first, slabs of chrome – but can perform complex tasks efficiently. On the point of the robots, they are brought to life wonderfully by Bill Irwin and Josh Stewart – instilled with a humour that alleviates the oft-times serious tone.

Like his time-bending in Inception, Nolan works very hard to keep everyone in the audience on the same page when it comes to the science of the piece. While quantum mechanics and relativity are beyond me, Nolan does a relatively good job of sticking to his own rules – so that when the latter half of the movie starts to head towards the other side of ludicrous, you are along for the ride. 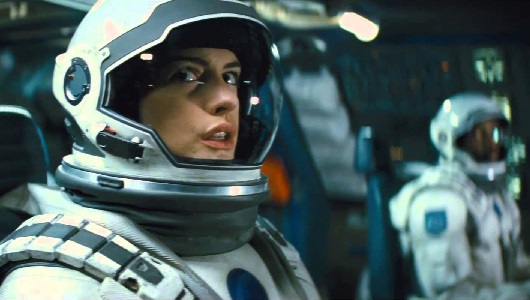 The only hiccup in Interstellar is the overbearing score. Subtlety is firmly thrown out the window here. There were points in the movie where the music actually started to drown out the dialogue (though others can confirm if this is the movie’s fault or an overzealous projectionist). Hans Zimmer’s work is suitably epic and sprawling but a few decibels less would have been better.

Unlike most blockbusters that aim to get your tear ducts flowing, Interstellar does not build up to an emotional crescendo – rather the moments that hit you are dotted throughout the movie. There was a lot of dust in the air at the screening I went to that seemed to attack my eyes at multiple stages throughout. Yes, that is what happened…

As I left the cinema, I was not questioning what I just saw, like I was after Inception or The Prestige. Instead, I wanted to pick the brains of fellow viewers to see how they interpreted certain scenes. While the critics who questioned Nolan’s ability to give us a more human story may be sated by Interstellar, I can only confirm that it now resides in my personal top three of his movies.