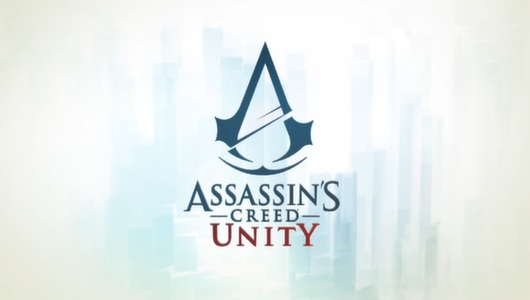 Assassin’s Creed is, for me, a series that has been going steadily downhill for a while now. Brotherhood is the last one I remember thoroughly enjoying, though I skipped out on Black Flag due to ‘franchise fatigue’ despite the fact it seemed to be well received. So my biggest question coming into Unity was simply “can they change things up enough to keep me interested this time?” The short answer is a whole bunch of mixed feelings, both of resounding “yesses” and disappointed “not reallys”.

This time around we land in the 1700’s and right in the middle of French Revolutionary Paris which seems like an excellent opportunity for some really interesting stories and characters. But despite the setting the story manages to be almost wholly uninteresting for two thirds of the game despite a definite upturn in quality for the final third. Arno himself is actually quite a likable character, possibly the most likable character since Ezio which is great, however the stunted story really limits his opportunities to be the charismatic, fun guy we get to see in the first hour or two before he joins the assassins.

Paris is a thoroughly enjoyable playground to experience. The map itself is huge though this is thankfully offset by fast travel. The whole city feels alive with NPC’s staging protests and burning straw people outside rich villas. The streets are also full of people with spontaneous opportunities to help random people with criminals or pickpockets. There is also two distinct sides to the city. There is a river running through the middle and one side is noticeably more upper class than the other and this creates a great feeling of diversity and division in the city and really contributes to it feeling alive. 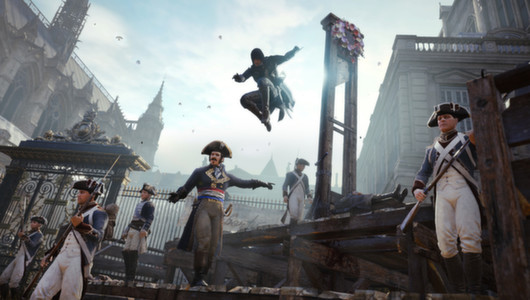 In terms of the plot, it isn’t until sequence eight of twelve that things start to get interesting. Before that the majority of the story involves being told what to do by the master assassins, returning to report it and then repeating. In fact until sequence eight the one time the story calls for you to do something of your own volition you are chastised for it by the aforementioned master assassins. Once you hit the turning point though things really do pick up and I thoroughly enjoyed it from this point on. Unity’s story isn’t one that outstays its welcome but rather doesn’t earn it until later than I would have liked.

In terms of gameplay Unity is definitely the most enjoyable to play. Free running is more fluid and enjoyable than ever thanks to a small change in controls. As always you hold right trigger to run but now holding A while running makes Arno climb and perform large jumps while holding B makes him vault over low objects and if held while approaching the edge of a building he will climb down off the ledge and drop down form handhold to handhold quickly, almost eliminating those frustrating times where you would accidentally jump off a building when trying to get down. 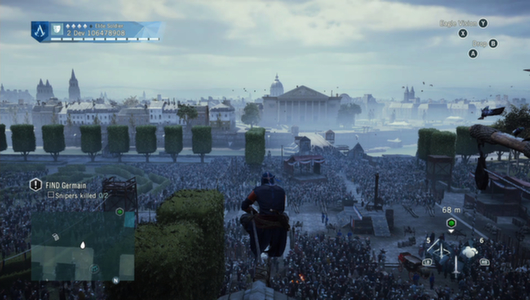 Combat is also more fun than ever, unlike AC 1 or 2 etc. you can no longer take on huge groups of enemies and expect to walk away unscathed. Instant kill counters are no longer a thing, instead the game focuses on attacking and blocking incoming attacks. Enemies will also attack often and from different angles meaning if you’re faced with a large number it’s probably in your best interest to run rather than fight as it is significantly more difficult to isolate a single enemy to take him on.

The amount of NPC’s on screen at once is also extremely impressive with very little noticeable frame rate drop during these scenes. Assassinations are more enjoyable than ever as each time you have do an assassination the mission is very open. Generally you have to infiltrate an area and kill someone, however you can really approach it your own way. For example one mission told me there was fifteen entrances to the area along with optional objectives that would create a distraction opportunity later or open up a more advantageous entrance to the area. You can of course ignore all this and sprint in the front door and kill your target but we’re not animals here we’re assassins, just maybe not very good ones. 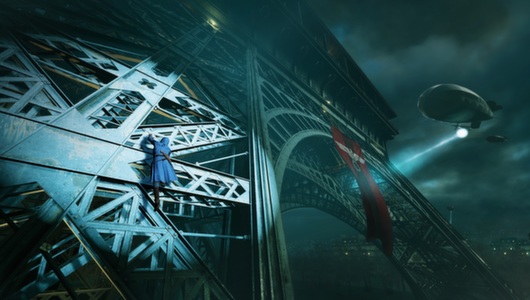 A new addition to Unity is Rift missions, these are mostly optional missions that take Arno to Paris in another time zone and task him with collecting data to free other assassins or other objectives. Some of these are really fun like climbing the Eiffel Tower or Statue of Liberty before it’s shipped to America, or being chased by a tornado while you collect data and are a very welcome addition to the game.

Compared to previous games Arno’s arsenal is also condensed and this is definitely for the better. Now you’re limited to a primary weapon, a pistol, your phantom blade (mini crossbow), and a couple of distraction items like smoke bombs and cherry bombs alongside the series staple hidden blade. This smaller array of equipment forces everything to be useful in a certain role and really enhances the whole experience.

Customisation is at an all-time high as well with a huge number of clothing items like hoods, chest, gauntlets and more, all with various stats and perks like longer detection times in restricted areas. All this clothing can be customised with various colours as well. There are enough weapons to keep an army happy too, Arno now has the choice to have his primary weapon be more than just a sword, he can also choose between long weapons like a halberd, or heavy weapons like an axe or mace. You also have the choice between pistols or rifles for your long range weapon too. All weapons can also have their stats and perks upgraded too. 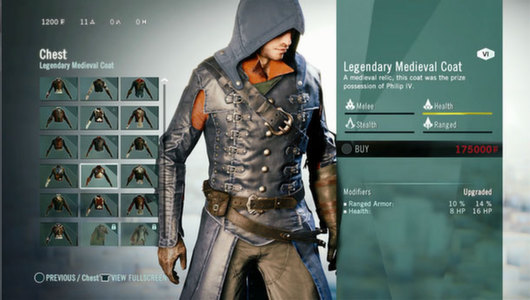 There are also abilities that can be unlocked by using a currency earned by completing missions. These abilities range from an increased lock picking skill to power attacks for your weapon and more health. Gear and weapons also have a level ranging from one diamond to five gold diamonds and this is where one of Unity’s biggest issues rears its ugly head, micro transactions. As the game progresses missions increase in difficulty rating meaning you have to increase your gear level appropriately or you’ll struggle and this is where the problem arises.

Money is hard to come by in Assassin’s Creed Unity, and all gear requires money to buy. However the really high level gear can require hundreds of thousands of livre just for one piece and with story missions not awarding cash for completing them this creates a problem. There are a couple of ways to earn money such as various side missions and upgrading the Café Theatre a la Monterigionni and its various chain stores throughout Paris, however there is a finite amount of side missions and they don’t award enough cash for doing more than keeping your medicine, bullets , and other supplies stocked up. Upgrading the Café is also restrictive as generating the income to pay for the upgrades in the first place is also an issue.

All of this combines to push you towards the micro transactions to buy “Helix Credits” which you can use to “hack” gear so you don’t have to pay for them with cash. It’s an altogether unsavoury feeling in a game that I otherwise enjoy and if you’ve already paid full price then you would be justified in feeling hard done by this whole system. 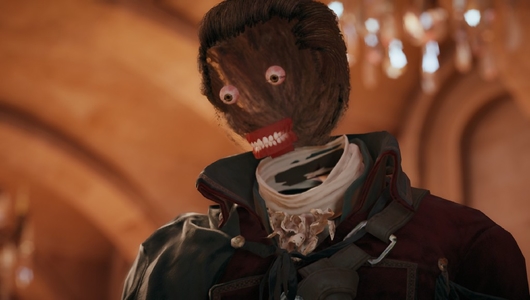 You can’t talk about Unity’s flaws without mentioning the bugs and glitches of course. I personally never experienced the disappearing face bug thankfully but I did have my share of other ones. Throughout my play through I experienced; audio disappeared during a fight and didn’t come back until the game was restarted, fell through the world, tons of graphical glitches, NPC’s changing into other NPC’s right in front of me and lots of graphical glitches. Ubisoft appears to be working hard on fixes however so hopefully this will be resolved before too long.

Most enjoyable gameplay of the whole series.
Loads of customization.
Open ended assassinations are great.
Story is lacklustre for the first 2/3rds of the game.
Feels pushy with microtransactions.
Quite glitchy.

There are many great new additions and gameplay tweaks and they’ve removed a lot of the fluff that annoyed me in other games. All in all I enjoyed Unity more than any other Assassin’s Creed since Brotherhood and despite its glaring flaws it’s still a sign that Ubisoft is again taking the Assassin’s Creed franchise in the right direction again which is good to see.