Since its reveal early last year, The Order: 1886 has been high on my ‘anticipated’ list. My love for story-driven games was the primary checkbox ticked when I watched the first trailer – the steam-punk, alternate timeline, Victorian-London setting was the secondary. Added to all of that, the game’s directors, Ru Weerasuriya and Dana Jan, were saying all the right things regarding the game’s focus on telling a compelling narrative first – with all other considerations second.

However, like most, I couldn’t help but be a bit deflated by the previews from well-known websites, stating that the gameplay in The Order: 1886 was forgettable and derivative. As we had seen so little of the game’s moment-to-moment experience in trailers and screenshots, I could only take their word for it that I would be disappointed.

Thankfully, the short few minutes I had with the game (even though I had two bites at the cherry) were enough to satisfy my curiousity and put most of that scepticism to bed.

At this year’s EGX, similar to last year’s expo, Sony dominated a large chunk of floor space. This made the paltry number of demo stands for The Order 1886 seem even more confusing. Regardless, once I got my hands on the controller, I was ready to delve into the cobbled streets of London and deal out some Victorian-style whoopass.

The demo covered the same ground as the previews I mentioned had, opening with a firefight in the city streets. Controlling Sir Galahad, you play one of the knights of the titular Order. Your companions include Sir Percival, the mentor of the group, Lady Igraine, Galahad’s apprentice, and Lafayette, Percival’s newly named but still unknighted apprentice. This encounter teaches you the basics of the Termite Rifle – a particularly devastating piece of hardware. 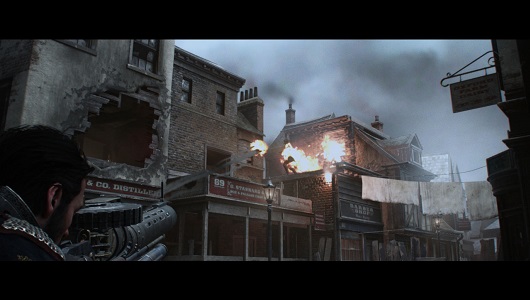 Like most weapons in the game, the rifle has two fire modes. The first (tied to R2) shoots termite pellets at enemies, which burst into a cloud of smoke on impact. The second shot (tied to R1) fires a flare which is used to ignite the termite smoke and burn any nearby combatants to cinders. Experimenting briefly with the fire modes allowed me to discover a few tricks the Termite Rifle can pull off. During the opening battle, I was able to lace a raised platform with termite smoke, starting at one end of the barrier and ending at the other. I did this on purpose as there was a lantern at the very end. Suffice it to say, a flare was no longer required.

The first introduction to the game’s much-lauded seamlessness between narrative and gameplay came next during a scripted scene which saw a police officer get shot, requiring the knights to rescue him. Ready at Dawn’s technical mastery is a beauty to behold here – as you crouch to pick up the fallen victim, you come under further fire and must defend yourself. If it was not for the appearance of a reticle, you would have been hard-pressed to realise you needed to intervene here. After pulling out a chunky Victorian pistol, you down the foes while simultaneous moving your wounded colleague to the safety of a nearby building. Admittedly, the pistol feels a little basic when compared to the incendiary rifle, but the change in circumstance was welcome. 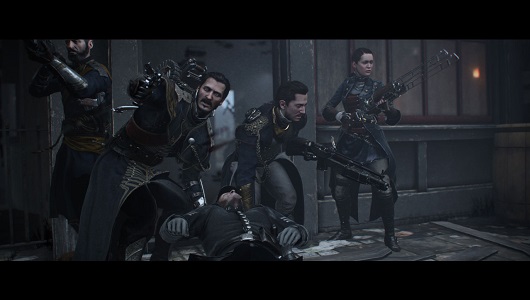 The next scene plays out with little explanation. Sir Percival is shot in the neck by a remaining gunman. Despite some worried looks, he gets right back into the action after a quick swig of a liquid-filled vial hanging around his neck. Only for the fact that I had read up on the game prior to playing this demo, I would not have known this was blackwater – the game’s mysterious McGuffin that grants the knights various powers and abilities. After succumbing to his wounds, the officer dies, leaving our heroes trapped. Quickly showing off another use for the rifle, Galahad removes its termite ammo chamber and places it on an obstacle. Firing a flare at it causes the termite to act as a corrosive, melting the metal and clearing the debris. 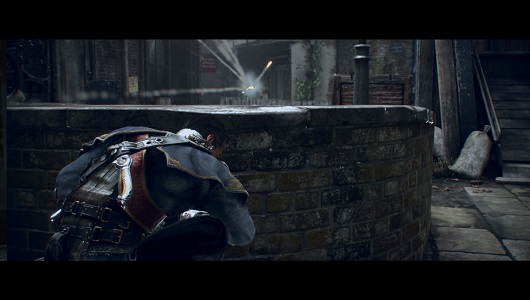 The next scene kicks off as another street junction is encountered and another firefight begins. While you can play out the scenario the same as before, the ability to enter a ‘bullet-time’-esque mode using the blackwater allows you to clear the area easily. After reaching the end of the street, another scene plays out – this time showing off the game’s monocular, a view-finder. However, it fails to spot a Termite Rifle-toting enemy who brings an abrupt end to the demo by firing into the knights and kicking off the resultant fireball.

That was it – and immediately, I understood why the previews were so negative. The demo is short and shows off so little of the game’s gameplay that a full opinion simply cannot be formed from it. Regardless, the experience was enough to restore my enthusiasm for The Order: 1886. So will it be a success? Time will tell but I have confidence that Ready at Dawn, with the help of Sony Santa Monica, can deliver a unique enough experience to make it worthwhile. Roll on February 2015. 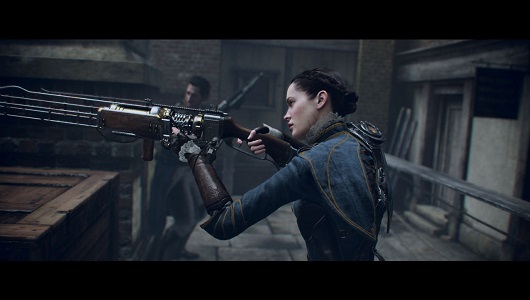