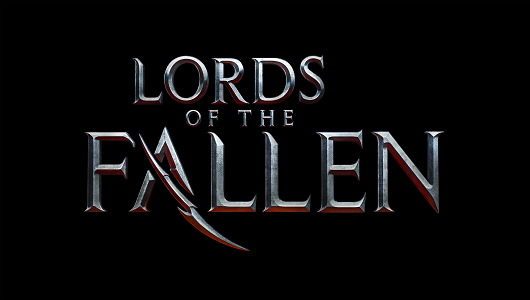 Preview: Lords of the Fallen

A couple of weeks ago I was fortunate enough to attend a preview event for Lords of the Fallen, an action RPG that wears its love and influence of From Software’s Souls games on its armour plated sleeve. Unfortunately, due to sickness and work commitments I’ve had to push this preview back and back, but no more! I’m alive, I’m well(ish) and I need to tell you my story. So sit comfortably and heed my words.

I entered a hall with towering walls of black draped in equally long and dark curtains hiding secrets of their own, as suits of armour stood proud, watching the players at their booths like iron clad guardians. No sooner had I entered, I was shown my seat. I was in Pulse, in South East London, and my hands on with Lords of the Fallen was about to begin.

Upon starting a new game I was able to choose my magic and equipment type. Out of the three magic types to pick from I went with Brawling, the most offensive of the three. Mainly because I’m an idiot and completely underestimated the need for protective magic and healing spells in a game like this, especially on a first try. Deception and Solace were the other two on offer, and in hindsight probably would have worked better for an amateur like me.

Next came equipment selection, which is essentially class selection. I went with the Rogue set, as I always do in Action RPG’s. It’s a preference that’s followed me since my days of playing Warhammer Fantasy Role-Play, and it’s usually held me in good stead. This day though, not so much. I probably should have picked either Cleric or Warrior. Again, I put it down to my lack of experience with this particular type of action RPG. 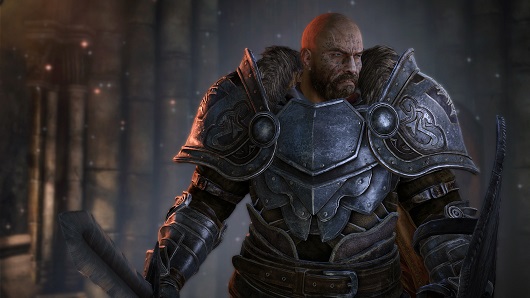 After the selections were made and I was able to begin I was thrown in to a well-paced tutorial explaining the basics of combat and other useful actions. Commands and a brief explanation appear on screen as the action slows down to a snail’s pace, giving me plenty of time to read the instructions. I’m a slow reader, so I appreciated this touch more than some people might.

Attack is mapped to the right shoulder buttons and are available in the quick and heavy variety, with L1 being responsible for guard. It’s possible to perform an evasive roll too by pressing X and holding the left analogue stick in the desired direction.

A nice touch in Lords of the Fallen is that the rules for enemies and player are the same. What happens to one can happen to the other, so for example, if Harkyn (the games protagonist) can be staggered when an attack is successfully countered by an enemy, Harkyn is also able to stagger enemies.

This is great, as one of my major complaints for any game are amount of advantages given toward enemy characters, such as invincibility frames, can often take an otherwise enjoyably difficult game and make it plain cheap. This doesn’t appear to be the case with Lords of the Fallen. At least not on a combat level. 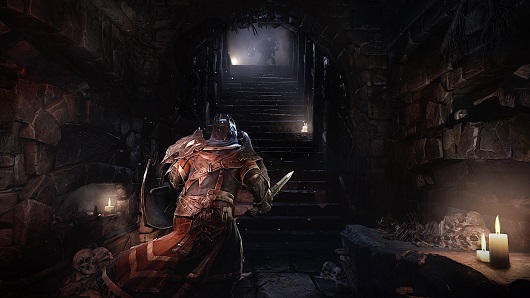 Focus, this games version of Z Targeting, allows Harkyn to lock on to an enemy, concentrating attacks on a single foe. Enemy targets can be changed at the flick of a stick, allowing for smooth target switching to keep the combat flowing.

I did find, however, that the camera often had a problem keeping up with Harkyn during Focus, and would often turn itself off while I was trying to maneuverer, causing me to reposition and Focus again, slowing down the combat. This wasn’t a major problem against the lower level enemies, but when fighting the stronger enemies, especially the boss, it often left me open to attack, turning an otherwise tough battle into something of a cheap one.

That being said, the tutorial did a great job of breaking me in slowly, giving me an example of all the important actions I’d need to take, such as how to attack, block, and stagger an enemy. The problem came after the tutorial when I had to fight enemies for real. Blocking seemed incredibly temperamental, and more often than not my big bald battler would stand there open and confused as he got the beating of his life time, often leading to his untimely demise.

This may have been down to my incompetence, however. Every major action taken by the player depletes an orange energy bar, which when emptied leaves Harkyn unable to block, evade, or attack. It’s a nice idea that certainly creates strategic thinking within battles, but for an amateur like me I’d often forget it was there until I was standing head to chin with a demon unable to defend myself from its onslaught. 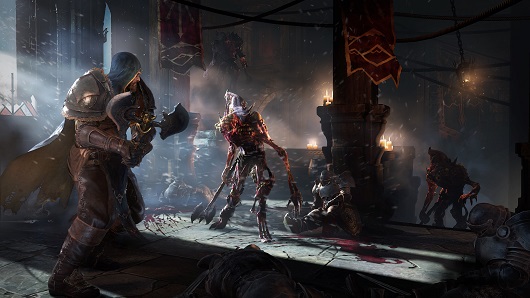 It wasn’t all doom and gloom though. As bad as I was at the combat, I enjoyed roaming the derelict halls of the starting area. The castle itself looks great, the lighting and colours really help set the gothic atmosphere, and do a great job of making even a claustrophobic hallway seem like an important part of something much more epic.

The narrow corridors did make navigation a bit tricky in some places, and more often than not I’d find myself ambushed by an enemy upon entering a room because I didn’t see it, but this is the sort of game where every step you take has the ability to end you, so I can’t really complain about that. In fact, it’s to be expected really, isn’t it?

The main task of this area was to roam the hallways and find a key to open the large door in the main hall where Harkyn’s companion, Kaslo, was waiting. I roamed for a bit, collected Shards that are used for various things (I have to admit I’m not entirely sure exactly what they’re used for) and died a lot. After I died and respawned a couple of times I saw a prompt telling me to return to the door. I had found the key, apparently. I’m not sure when, in fact I don’t remember picking up anything vaguely key like. I just remember dying a lot.

I opened the door and was met with the first boss of the game – the First Warden. A huge demonic knight like creature with sword and shield the size of a small caravan. Its health bar was made up of four sections, and as each section was depleted it would shed some armour and come at me again, becoming more aggressive, but also more vulnerable as it did so. 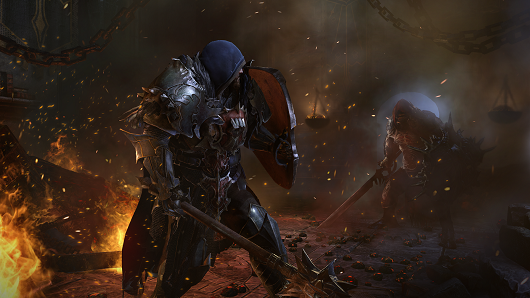 It wasn’t an easy fight, for me at least, I heard other people around me doing it without dying more than once, and as happy as I was for their achievement I was also annoyed at myself for not being better. I died a lot, but in the end thanks to some good old fashioned pattern recognition and endurance I persevered and won the battle. Then I was told my time was up, which is unfortunate as I was just getting into the swing of things.

That’s the problem with previewing games like this. They take so much dedication to learn and play that it’s impossible to get a real idea of the game itself. It’s like speed reading the first couple of pages of Lord of the Rings and trying to get an idea of the rest of the saga. But I can tell you that I enjoyed my time with Lords of the Fallen, and would like to spend some real time with it when in launches in a few days’ time.