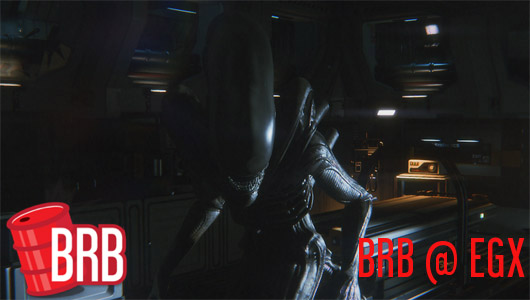 Released today, Alien: Isolation is available for those that want to attempt survival in the face of an unbeatable enemy; the Xenomorph, an icon of science-fiction horror and terrifying obstacle in the way of Amanda Ripley’s escape to safety.

Alien: Isolation was playable at Eurogamer last weekend, and I couldn’t wait to get a look! As an Alien fan and a survival horror admirer, my intrigue of this game surrounds the question of how intense an atmosphere has been created to achieve the fear levels it has the potential to reach. At EGX the playable experience was of the survival game mode; understandable, given that the story’s starting mark probably wouldn’t provide the best example of the game’s strengths. In this mode the player is given main and optional objectives with the key goal being to escape the area alive. 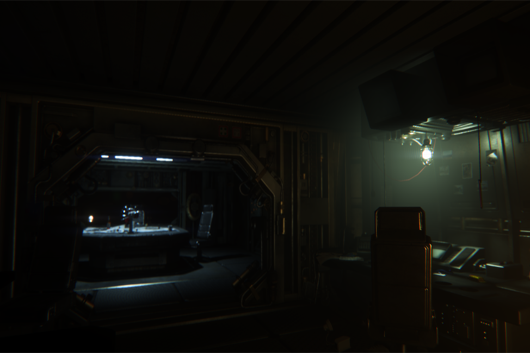 For any fan of the remotely scary, lighting and sound are a huge part of the mix. Alien: Isolation is an incredibly atmospheric game; the sound in particular, aided by a member of staff’s admittance that they chose the “biggest headphones we could find” for the players. This was a very good call, as on a number of occasions I was conscious of how loud my reactions were, especially at the point where the alien’s attack came from behind and took me off guard.  The sound immediately immerses you in the potent tension; the electrical buzzing, blinking lights and sound of doors sliding open (the ones you haven’t passed through yet..) are some examples that, when combined with the musical interjection (for example, a sharp sound indication that you’re in the close vicinity of danger) mingle to create a very successful source of scare.

Of course, the loping, predatorial Xenomorph is another key ingredient. The creature’s AI has been described by Creative Assembly as “dynamic and reactive”, and whilst I didn’t see a great deal of examples of this during my play the idea of the alien sensing the character is there; at one point when it entered the room I was hidden in, it first crept over to where I was previously crouched only a short time before. The idea of one real enemy makes this game so much more of an isolating experience, one that suits the survival element so well. The fear is real; crawling out from beneath a cabinet just in time to see the alien’s elongated, bony tail slither into the adjacent room was a limb-freezing moment. 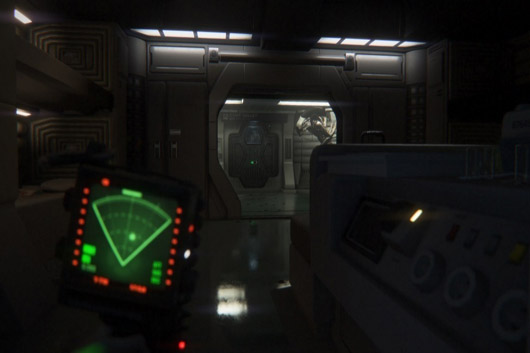 Obviously some of the features remain a little hazy given we only had a taste of the survival mode; there is a surprising number of controls, with handy stealth movements such as the ability to peek around or over obstacles as far as you wish to expose yourself to the open space and hunting eye of the Xenomorph. There are examples of objects littered about that you can pick up and utilise, like torch batteries or even a flamethrower – although, against an alien that is apparently impervious to fire in this game, it won’t do a great deal. (That won’t stop you from trying it at least once, though – just to make sure.) Playing in survival mode made the controls a little hard to get comfortable with; I felt like I had been thrown in the deep end, and there’s a fair amount to learn despite the simplicity of the survival concept.  Although, this mode does seems more of an end-game feature, and the story will naturally involve a tutorial that takes you through the basics.

Visually, Alien: Isolation is a throwback to the retro iconography of its origins, and that’s always been the style Creative Assembly have sought out. I love the motion tracker in its simplicity; it’s deliberately vague detection’s are perfect in this genre of game. That dot suddenly appearing on the left of the tracker’s screen, or that bar flashing that indicates the alien is right in front of your hiding spot increases the suspense because it’s still not a definite thing. 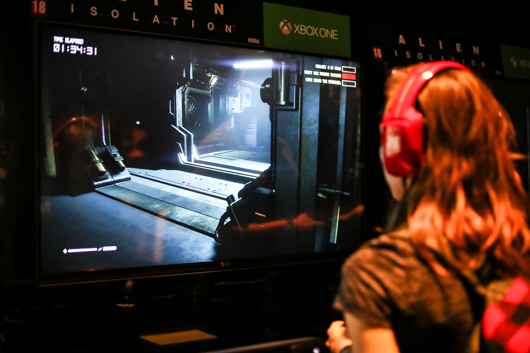 Even better, when you raise the scanner to try and track the alien’s movement, the environment behind that immediate field of vision becomes blurry and indistinct. When you’re creeping through dark rooms that have flickering lights and multiple tunnels off-shooting, obstructing sight is a very simple and clever way to raise the suspense, and make the player think about when and where to use this essential tool. 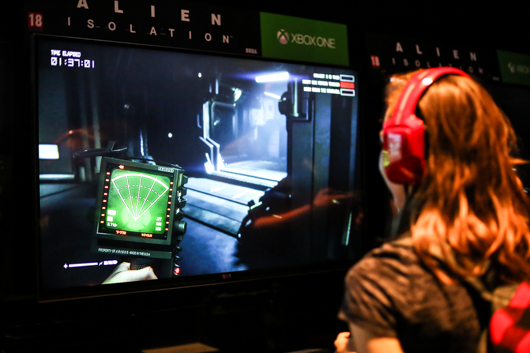 All in all, the small hands on I had with Alien: Isolation was enough to confirm that this game is a highlight on my autumn release calendar. The essential scare-factor has been dealt with so well that it’s only with pure excitement that I look forward to seeing it combined with the story and full scope of Amanda’s journey through Sevastopol space station.

A full review of Alien: Isolation is incoming!