A Light In Chorus @ EGX

One of the most eye-catching games in the Leftfield section at EGX 2014 was A Light In Chorus, an exploration game with a unique visual style.

Created by two art school graduates, Eliott Johnson and Matthew Warshaw, the pre-alpha game’s entire world is formed of particles of light, grouping together to create a glowing spectrum of objects and environments that can be interacted with and passed through. The result is pretty breath-taking, with an ambient soundtrack adding to the ethereal experience. 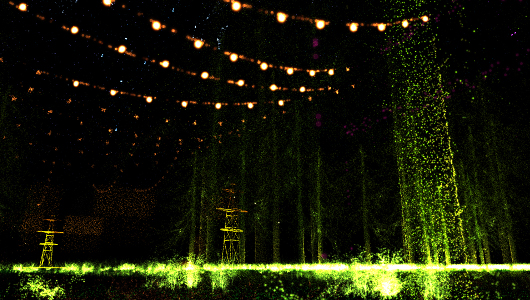 What was on display at EGX had fairly bare bones gameplay, with the first mechanic being a simple one slot inventory system that required you to interact with the field of lights by swapping items, such as the hat you begin with, but the scope of what could be pocketed was humorously broad, from billboard letters and lamp posts to ferris wheel cars and monster-shaped circus tents. The correct placement of items activates environmental effects, such as a lamp post radiating light out in rings which in turn illuminated a tower with stars; in motion, effects like this are transfixing. 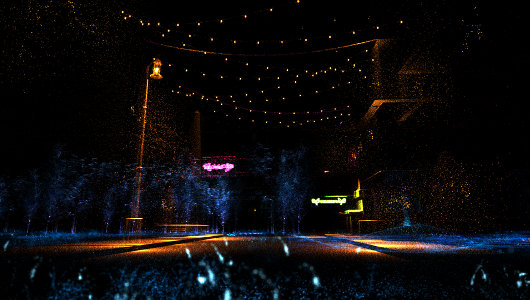 Right clicking engages the other interaction mechanic, allowing you to focus on a point close by in the style of aiming down the sights in an FPS. A high depth of field means that the illuminated world becomes blurry apart from the area a few feet ahead of you, revealing hidden messages and formations that gave hints. Though I searched for secrets,  I’m sure there were a lot more to discover even in the pre-alpha demo than I did in my short playthrough. 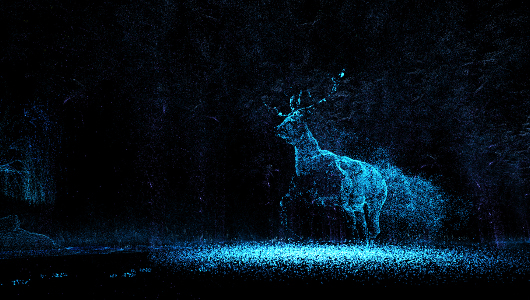 It’s hard to say how the gameplay will evolve as development continues towards the full version, but at this stage the innovative visuals and the impact that has on the world makes it well worth keeping an eye on A Light In Chorus. Check out the teaser below!